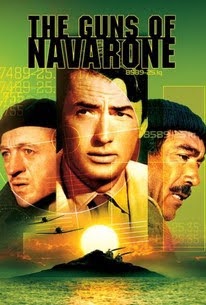 I decided to buy this after watching and loving Peck's performance in 12 O'Clock High, mainly because The Guns of Navarone was advertised with a trailer on the latter DVD. I must've seen this film several times as a kid. It always seemed to be on, back then, every xmas or new year. But sadly it didn't live up to the rosy glow of nostalgic remembrance. Nor, for that matter, to Peck's own hype, on the aforementioned trailer. 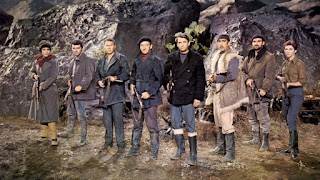 Despite a pretty strong cast, the film lacks chemistry.


The story certainly sounds promising: freedom loving desperadoes attempt the allegedly impossible task of destroying the impregnable super-guns of Navarone. Humbling the huge arrogant Nazi war machine, literally embodied here as massive 'wunderwaffen', to be destroyed by plucky little Everyman characters with little more than ropes, some dynamite, and - pardon the expression - a lot of spunk, is the stuff of WWII legends. 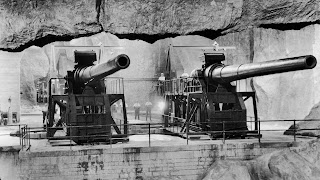 Peck is okay, Niven is, well, Niven, and Anthony Quinn wears a big hairy sheepskin and a pink sweater and pretends to be Greek (not altogether convincingly). Somehow, however, perhaps in trying too hard, this film fails, for me at any rate. It was Peck's baby, and, although he's a fine looking fellow who can certainly act, I don't think he got this right. It just doesn't feel credible. It's pretty damn long (which I'd see as a plus if it were better), and there's too much corn and ham in it. It ends up more like an overloaded but not quite satisfying submarine sandwich than an epic wartime thriller. 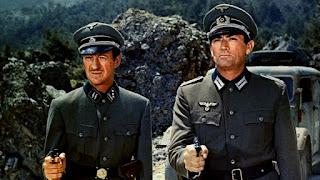 As to the film's relation to history: allegedly the movie is based on an Alistair MacLean book of the same name, which, in turn, was allegedly based on the Dodecanese campaign, centring on battle for the Greek island of Leros. But the Germans won that battle, which was fought by large forces on both sides. And I found no mention of superguns in the accounts I read. Instead it was a debacle that was compared to Gallipoli! 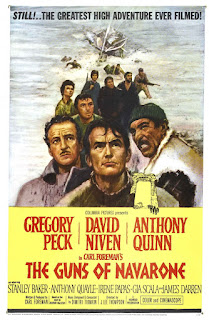 
This might pass muster for some diversionary matinee fun, particularly if you're full of port and turkey left-overs, but it's not the great film Peck hoped/thought it was.

* Even the vintage poster is, in this instance, a disappointment.
Posted by Seb Palmer at 19:33