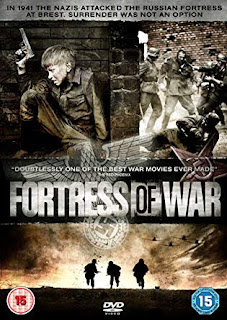 Yes, this Russian WWII film is rather chest-beatingly propagandistic, but it remains excellent, nonetheless. Whilst there's very much an ensemble cast, who, by and large, act extremely well, the story is presented as if being recalled by one of the film's younger protagonists, in later life. 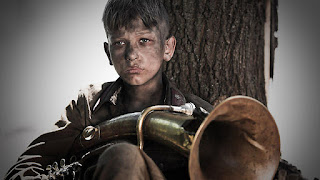 At the start of the film, Sasha (Alexei Kopashov) is playing in the band... 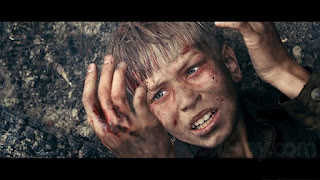 ... but the titular fortress is soon under attack.


The action is set in Brest Litovsk, which is overrun and besieged by the invading German Army. It's interesting to see how post-Communist Russia renders her own history. But even simply looked at as an action-packed war film, Fortress Of War stands strongly on its own merits, for all that the true history of such events might be rather harder to discern through the fog of war. 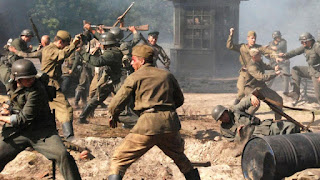 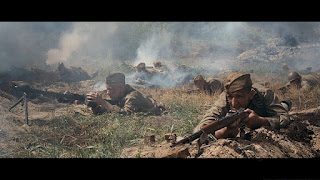 There are several attempts to break out. 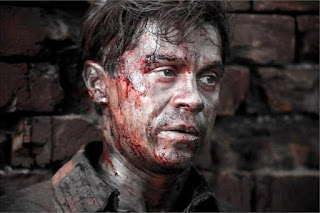 It's from that international school of war films, of which there seem to be an almost neverending supply, that revels in the dirt and blood of conflict. There are a good number of actors in this with terrific faces: all the male leads have a kind of rugged taciturn charisma, and physiognomies to match. And there's one guy (I couldn't work out who the actor was) who's a kind of man-mountain, a sort of physical embodiment of the Fortress and Russian resistance!

The Soviets had far more women involved in their WWII war effort than most belligerents, and yet the war still seems, as presented here, resolutely male. What the hapless women and children - the civilians who wind up hiding anywhere they can, as food, water and hope run out - think of their 'comrades' heroic self-sacrifice, which involves them all in a more communal sacrifice, is not something this film really addresses. 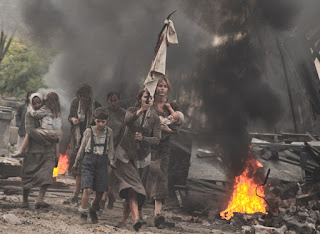 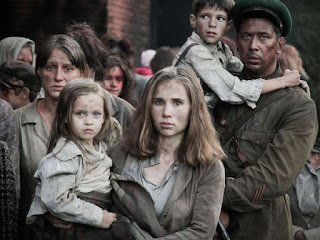 Wide eyed with trauma, and still rather beautiful.

Certainly war is seen to be hell. But it's a hell we seem, both literally historically, and in terms of movie appetite, to have an insatiable taste for. This is gritty, relentless, violent, and successfully emotionally manipulative... I loved it!
Posted by Seb Palmer at 11:15