Book Review: Napoleon on the Art of War - Jay Luvaas 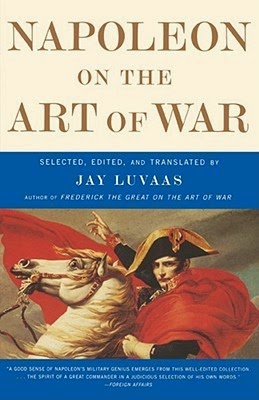 When I first read this book, I must confess I found it both annoying and disappointing. And as a result I posted a pretty luke-warm review of it on the Amazon UK website (which can be read here, if desired). A minor irritation was the rather stodgy prose, whilst a more serious annoyance arose from the fragmented and sometimes repetitive feel of the texts. It was disappointing because, for all Napoleon's much vaunted expertise on the battlefield, it really didn't come across here like the pithy distillations of military wisdom I had been hoping for.

However, having recently re-read the book, I'm persuaded to revise that earlier judgement. The problems mentioned above remain, albeit perhaps not as acutely as I first thought. But Jay Luvaas' achievement in creating a fairly unified and ordered synthesis, from the voluminous outpourings of a commander who not only excelled on the battlefield, but was also a very prolific correspondent, really is something commendable. Some of the issues that created my initial disappointment have to do with the challenging job Luvaas faced; synthesising and distilling something comprehensive and ordered from the huge inchoate mass of Napoleonic texts. 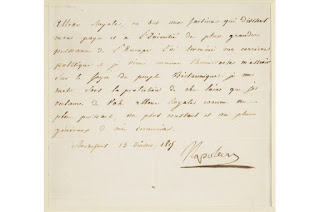 A letter from Napoleon. 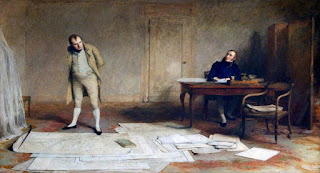 And by this I don't mean the vast library of books about the man or the era that bears his name, but his own writings; from the multiple volumes of his correspondence, orders, bulletins and other proclamations, to his final attempts at self-mythologising on St Helena. This volcanic outpouring from the charismatic Corsican is one of the many things about him that so impressed Andrew Roberts, author of the fairly recent doorstop of a book, Napoleon The Great. Indeed, one wonders what changes Luvaas might now make to his book, since the recent updating of Napoleon's correspondence took place, compiling a mammoth archive of something like 33,000+ documents. [2]


Anyway, whilst I think Luvaas deserves five Boney Bicornes for effort, the actual result, in terms of readability and information, remains somewhat disappointing (rather like the Somerset de Chair edition of Napoleon's Memoirs that I'm currently slogging through), hence just 3.5 bicornes! 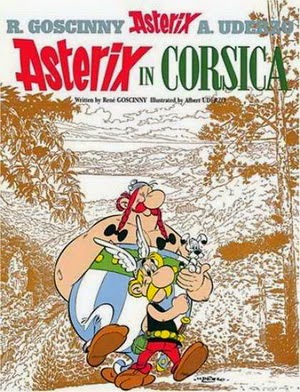 [1] Long before I knew that this phrase was derived from a sea-shanty, I had encountered, as a child, a character called Boneywasawarriorwayayix, in the Asterix adventure, Asterix in Corsica!

Here's the text of the sea shanty:

Boney Was A Warrior
Boney was a warrior,
Wey, hay, yah
A warrior, a tarrier,
John François

Boney went to Moscow,
Lost his army in the snow

Moscow was on fire then.
So  Boney he came home again,

They sent him off to Elbow.
He came back to make another show

We beat him at Trafalgar Bay.
Blew his main topmast away

The sent him into exile.
He died on St Helena's isle

Boney was a general,
A rorty, snorty general,

Boney was a warrior,
Wey, hay, yah
A warrior, a tarrier,
John François

... which I found here: http://www.shanty.org.uk/archive_songs/boney.html

In the course of preparing this post I found this concise but useful webpage:

http://www.clausewitz.com/readings/Bassford/Jomini/JOMINIX.htm#CLAUSEWITZ
Posted by Seb Palmer at 21:57