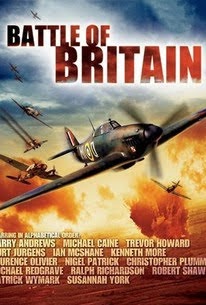 "Never ... was so much owed by so many to so few." Winston Churchill.

A fabulous vintage epic, jam packed with a who's who of British stars of the era - Laurence Olivier, Christopher Plummer, Kenneth More, Michael Caine, Ralph Richardson, Harry Andrews - that does a sterling job of portraying a truly momentous moment in our recent history. 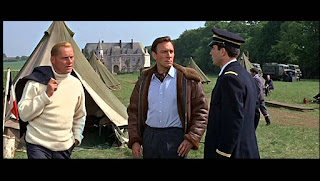 Robert Shaw, Christopher Plummer and... is that Lovejoy? (Ian McShane) 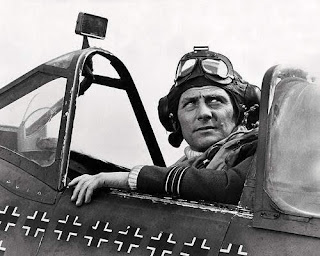 Robert Shaw's 'Skipper' character is based on 'Sailor' Malan. 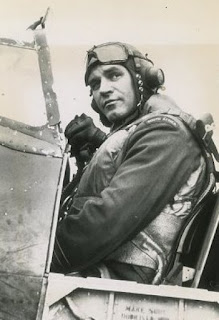 Of course, given the subject, there's a Brit-o-centric spin, and plenty of the large and stellar cast clearly enjoy hamming it up as plucky plummy RAF types. But for all the cant, propaganda and myth, and despite years of so-called revisionist tweaking regarding the 'facts' of history (as far as they can be known), this remains a hugely compelling story. And it's a story very well told, in this appropriately lengthy and suitably epic production. 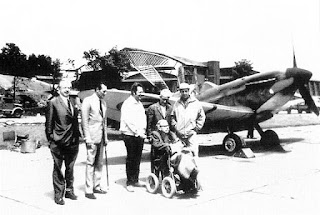 Dowding (in wheelchair) visits the production at Duxford. [1] 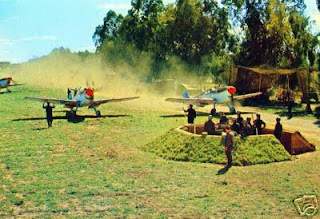 This image touches a nostalgia nerve for me! [2]

Unlike 633 Squadron, or even Memphis Belle, despite the passing of the years, this has aged remarkably well (except for the ketchup blood!). I would love to have spent ages researching this superb film, and the massive amount of work that went into making it, but whilst doing picture research I found this excellent site, where a guy called Dave has done all the hard work already. 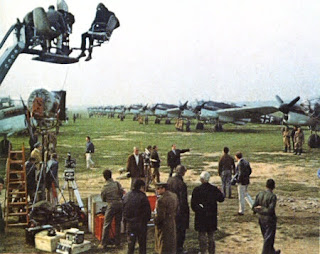 This excellent pic gives one a sense of the grand scale of the production. 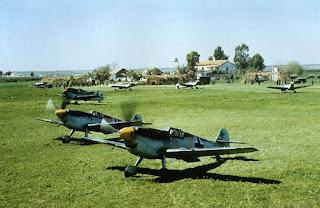 You can read plot précis elsewhere online. This post is really just a chance for me to say that this is a truly great film, which I always thoroughly enjoy watching. And it will bear repeated viewing. It's a shame there aren't more films made with this level of passionate attention to detail. And now, what with CGI, we're unlikely to see anything that goes to similar lengths to physically replicate the epic events depicted so well here. 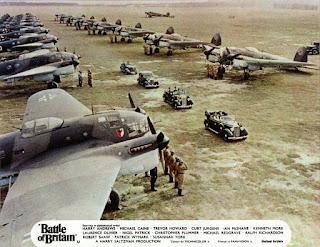 A 'lobby card' for the movie. Very impressive! 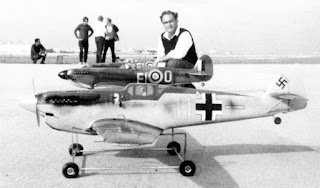 Fabulous and fully functional flying large scale models were used in the production. 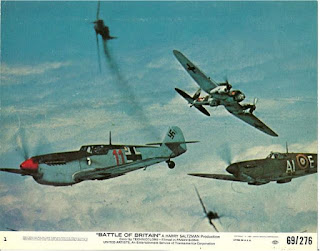 The Battle Of Britain belongs in the select and august company of The Longest Day, as a uniquely brilliant example of cinematic homage to key events of WWII. And in this review I'm simpy registering my vote for this as a solid-gold classic.

It's been pointed out - quite right to - that I've been rather remiss in not making any reference to Susannah York. So, here she is: 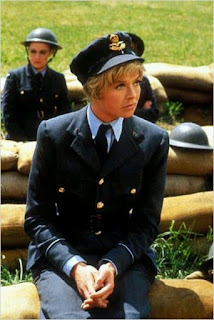 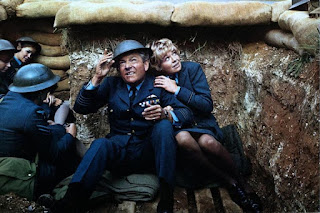 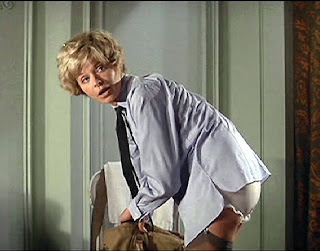 ... and getting out of uniform, soon to be under the covers.


[1] Visits to RAF Duxford, our 'local' Imperial War Museum and airshow venue, were a feature of my childhood, a tradition I've kept up into adulthood.

[2] I remember getting a postcard form a childhood friend with this picture on it. 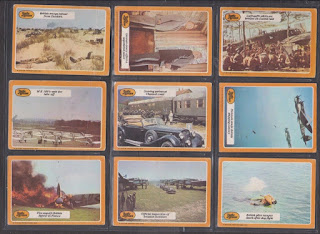 A pal of mine has an almost complete set of old 'trading cards' on The Battle of Britain. I'm not sure if these were a movie tie-in or not. They're not mentioned amongst the 'merchandise' section of the Wikipedia entry on the film. I bought a few duplicates off my buddy.

Dave's excellent site about the movie, already linked to above, also has a compete gallery of these cards (here), but only showing the fronts. A more complete exposition, showing both front and back (the reverse face of each card reproduces topical newspaper excerpts) can be found here.
Posted by Seb Palmer at 08:13