Book Review: With Hitler In The West, Heinrich Hoffman 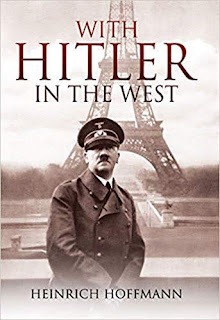 NB - Except for the cover picture, above, pretty much all the images - of the publication, that is - illustrating this review are actually from the original German version (they were easier to find online!). The Pen & Sword edition is in English.


As anyone who visits this blog will quickly find out, I'm somewhat obsessed with WWII. And particularly with the German side of things. This Pen & Sword title is basically a modestly sized reprint of a piece of early WWII German propaganda, similar in feel, right down to the snappily bombastic captions, to the materials from German magazines of the time such as 'Signal', which shared the same morale-boosting purpose. 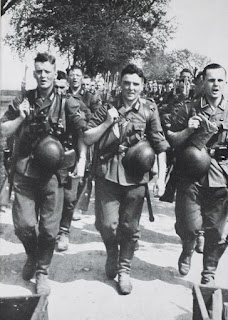 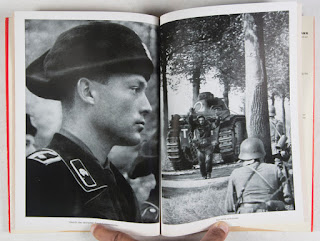 The photos are by Henirich Hoffman, and there's an intro by Keitel, one of Hitler's more fawning generals. Being propaganda, it's not an objective record. But if you know that, you can bear it in mind as you read and study the pictures. It really is fascinating for showing how positive the Germans obviously felt at this stage. And no wonder, after the eighteen day campaign in Poland, and similarly quick work in Norway and the Low-Countries. 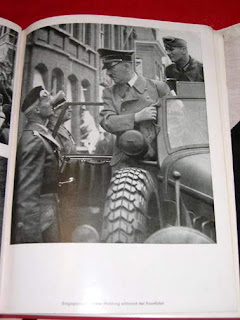 Hitler chats with his troops as he tours the conquered territories. 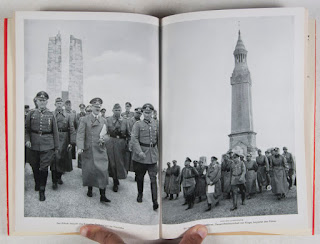 Visiting WWI battlefield memorials,
a reminder of Hitler's former service,
and the roots of WWII in WWI. 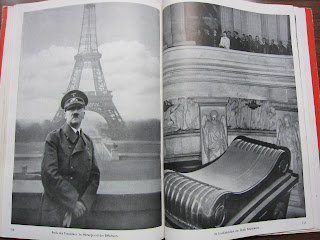 Aside from the focus on the victorious German forces, and Hitler himself, France is the centrepiece of this presentation. And the Gallic capitulation proved to be yet another remarkably quick affair. This time against the potentially much stiffer opposition of the French army - then the largest army in western Europe - and their English allies. Interestingly the images and accompanying texts relating to French and British troops and materiél, whilst crowing over the huge graveyards of the latter, aren't as overtly jingoistic as one might have anticipated. 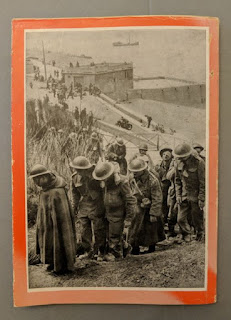 The back cover of an original paperback edition,
showing Allied prisoners. 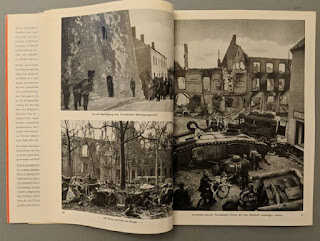 Various shots, including the devastation wrought upon the French forces. 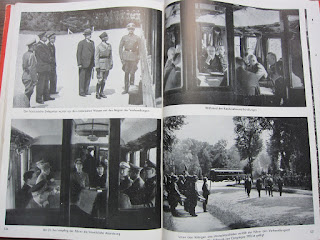 As the title makes clear, this is also about Hitler as commander in chief. So there are lots of pics of 'der Führer', including him visiting WWI battlefields and monuments, and signing the French capitulation in the famous railway carriage at Compeigne, reversing the roles of the 1918 humiliation which had played such a large part in both Hitler's personal and Germany's national myth of the 'stab in the back', which held that Germany was betrayed from within, rather than defeated from without. 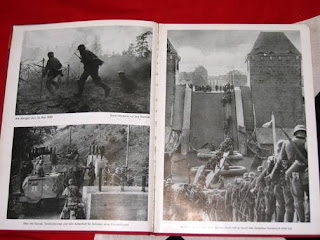 The Wehrmacht in action. 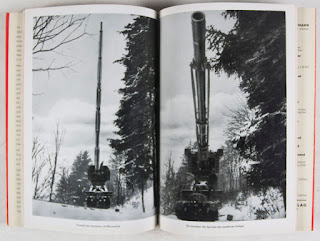 The historical value of such a reprint is, I think, pretty strong, and quite obvious. Although given the nature of the Nazi regime it's also a vexed issue. And it's perhaps a little surprising that Pen & Sword didn't choose to add anything to the book explaining the context of it's production, and the intents for its function. For those of us fascinated by this era, in part at least, as an aspect of our mini-military hobbies, it's a visual goldmine.

All in all, a welcome and fascinating addition to the WWII obsessive's collection. 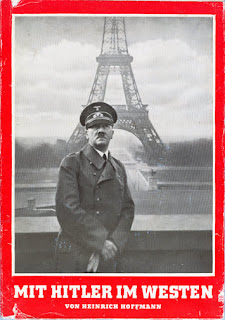 The cover of an original paperback edition. 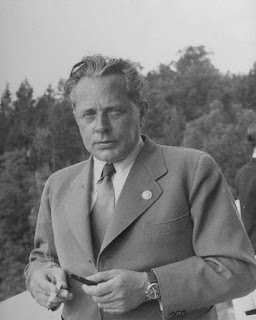 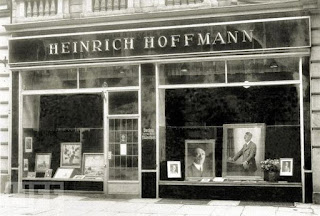