This morning I got an email from Bovington Tank Museum, under their 'Tank Times' banner, which had an interesting link regarding a recent book donation (read more here). This is something I'd definitely like to know more about; a bit of 'googling' lead me to unearth the following images: 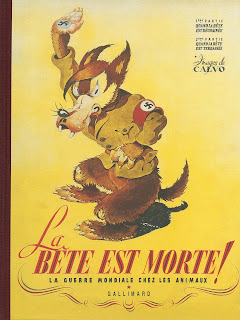 Cover of the first in the two-part edition. 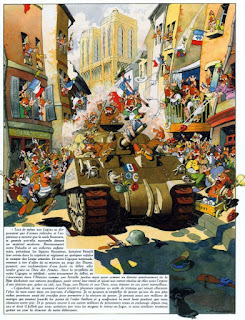 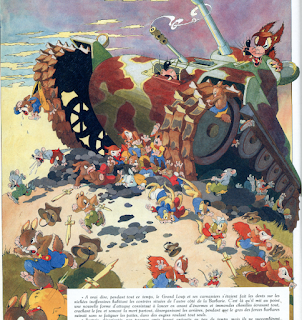 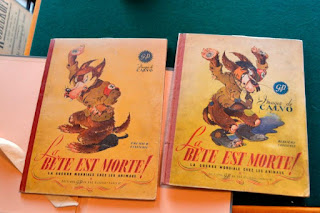 Here we see the two editions. 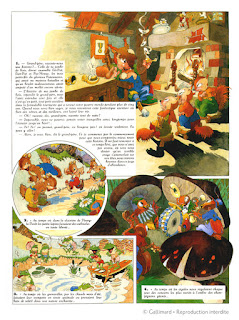 The artist who's supplied the illustrations, Calvo, is obviously superb. He's clearly influenced in these artworks by Disney's contemporary style. But despite this obvious indebtedness, the artworks remain fabulous in their own right. 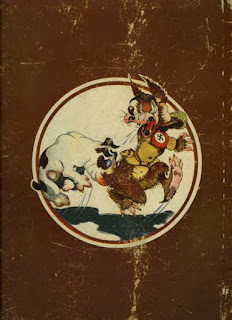 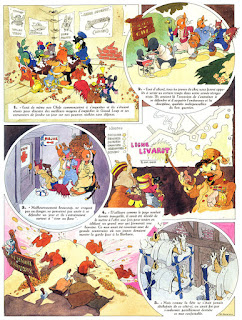 Some spreads are a series of frames... 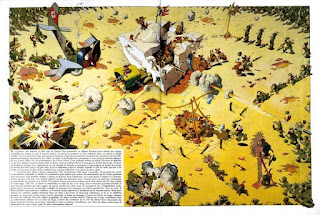 ... whilst others are fantastic double-page spreads. 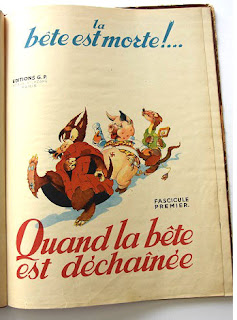 At the time of posting these are in a random order, as I found them online. I'll probably return to edit this into a more sequential order at some future juncture. I've captioned the most obvious content. But there are numerous images I need to study more. I've seen originals online for crazy prices. I'm hoping that there are affordable English editions!? Perhaps it's even still in print? Does anyone know? 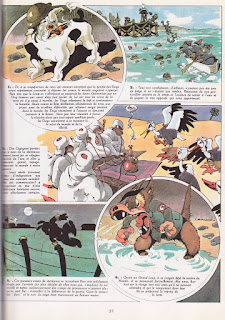 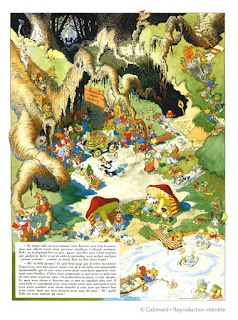 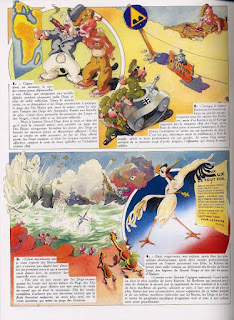 It looks like all theatres are addressed; here we see North Africa. 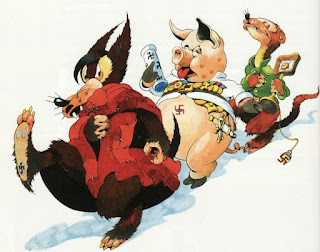 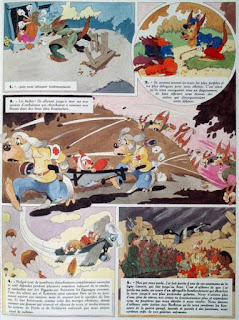 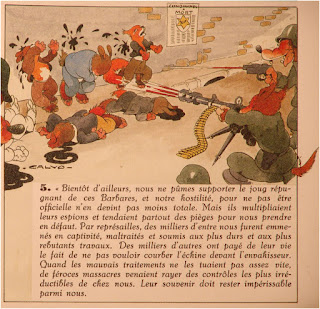 As this shows, the comic doesn't pull any punches. 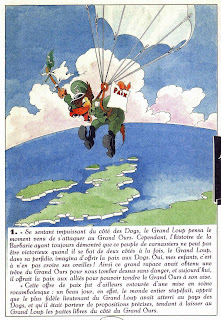 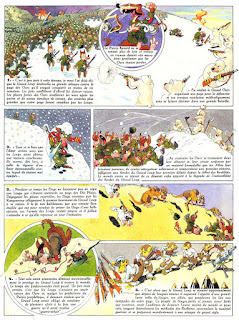 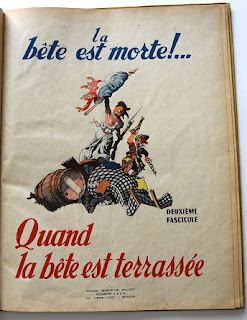 A small detail from a larger and superb pastiche of Delacroix. 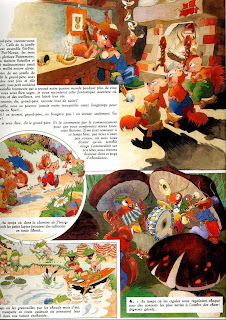 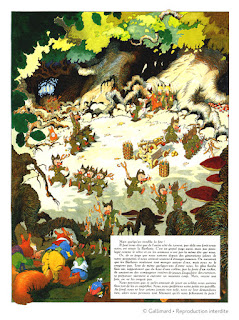 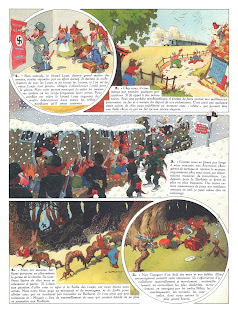 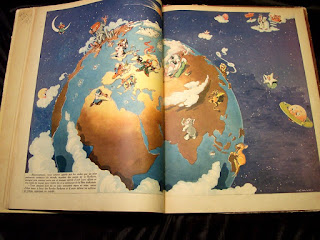 I'll definitely be looking to acquire this. Probably in an English language version, to be honest. It looks utterly fantastic.
Posted by Seb Palmer at 11:09