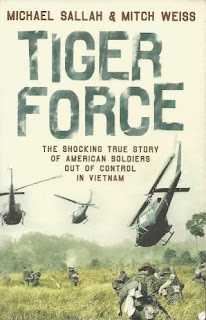 Many, many years after Seymour Hersh shocked America with the revelations of what President Nixon described as the 'isolated incident' of My Lai [1], Tiger Force presents another example of the fascinating but by now sadly familiar tale of war crimes by US soldiers in Vietnam, revealing such actions to be far from singular occurrences.

Tiger Force in fact tells four distinct stories, interwoven. The major story is a narrative of the actions of The titular Tiger Force, in two particularly nasty episodes in '67, with heavy use of firsthand accounts, focussing on numerous individual soldiers. These range from those like Lt. Hawkins, Sgt. Doyle and Pvt. Ybarra, who appear to revel in the violence, to men such as Medics Causey and Bowman, and Pvt. Bruner, who attempt to stem (and report) a rising tide of wanton butchery. 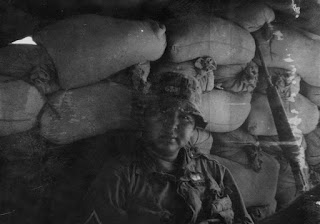 A very minor counterpoint, in terms of the space given over to it, is the view from the victims and relatives, the Vietnamese whose 'hearts and minds' the US allegedly hoped to win over [2]. How anyone in the American chain of command imagined forced resettlement and indiscriminate killing would achieve this beggars belief.

In addition to these two contemporary threads there are two later developments, the CID* investigation under Guy Apsey and, much later, the final breaking of the story in the media, by the authors of this book, in a series of newspaper features. 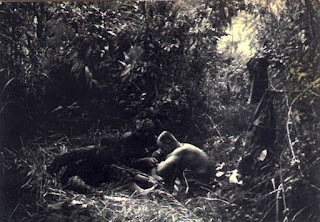 Jungle conditions were made worse by such delights as punji sticks. [3] 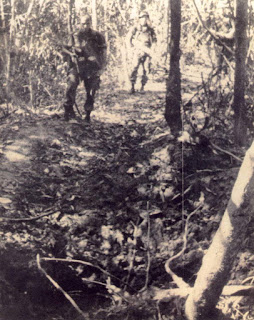 Tigers on patrol in the jungle.

Compared with the WWII and Napoleonic history I usually read, this 'Nam material is delivered in a more pulpy thriller type manner, exciting to read but less scholarly, and quite basic, occasionally veering into repetitiveness. The latter perhaps a result of a series of articles being turned into a book? That said, it's a compelling easy read.

Tiger Force were an almost secret semi-guerilla unit, designed to fight the Viet Cong on their own turf and in their own way, using methods ordinary US line units wouldn't employ. Unfortunately, but very predictably, things quickly got out of hand. Or, and worse still, a culture of racist imperialist violence was actively fostered, not always overtly or in such stark terms, but sometimes hidden under such elastic euphemisms as 'free-fire zones'. 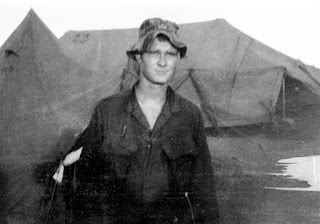 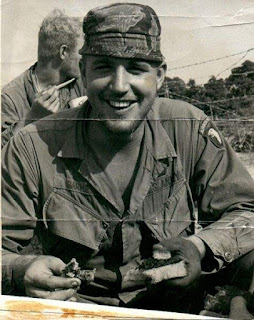 What's perhaps most puzzling to someone like me is that anybody's surprised that war encourages such things: the grunts and the peasants are always on the sharp end. The former, young men, many from the lower sections of society, often from poor or rough backgrounds, get to vent their unresolved adolescent anger upon the hapless civilian innocents, both soldiers and civilians being caught in the crossfire of huge vague ideological currents that are stoked and fanned by older men, miles away from dirt and death on the ground. It's an obvious recipe for hell on earth.

Still, as Thomas Hardy famously said, peace makes dull reading. The horrors of war keep the pages turning. Despite My Lai, this is a story that needs constant retelling, every time it happens. But the prolonged atrocities of Tiger Force were swept under the carpet. The depressing thing one can't help but conclude is that we learn precious little from our mistakes, and therefore seem doomed to keep repeating them. 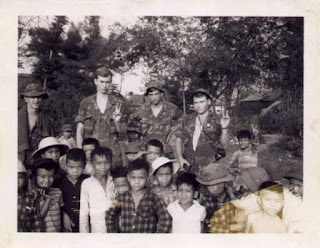 Tiger Force is a fascinating product of investigative journalism, based on true and disturbing events.  Books like this, whilst also giving the reader something very engaging to read, also offer us a sobering challenge for the future. Not an out and classic. But certainly worth reading.

A shorter piece by Sallah on this topic can be read here.

[1] Read Hersh on this subject here.

[2] It was LBJ, president Johnson, who famously used the 'hearts and minds phrase'. There's also a 1975 documentary on Vietnam by that name, which is worth watching.

[3] This picture shows a member of a Tiger Force having a punji stick wound dressed in the field. Punji sticks are sharpened bamboo stakes which were often smeared with human faeces, designed to cause infections of the wounds they would cause if stepped upon.

[4] At the time Apsey started his investigations Tiger Force was a shadowy unit, with hardly any official trace to be found. That's no longer true. As well as the infamy of this sad story, it should also be remembered that the unit served with distinction in Vietnam. It wasn't all rampant butchery. Now there's a website devoted to the unit, past and present (visit it here). And yes, there is still a Tiger Force unit in existence as part of the 101st Airborne.
Posted by Seb Palmer at 14:41 No comments: 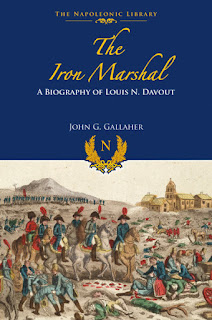 Having just finished this excellent account of the life of Louis Davout, I feel I have to remark on how surprisingly good so much Napoleonic history is. I'm constantly reading in this vast subject, and frequently encountering an author who's new to me. And, by and large, most of what I read is very good.

John G. Gallagher is such an author, i.e. new to me, and his biography of Louis-Nicolas Davout, The Iron Marshal, is better than merely very good, it is superb. We get the whole story, from his birth into a thoroughly military family of the lesser nobility, through the upheavals of the Revolution, and on into the glory years of the Napoleonic era, finally passing to the restoration of the Bourbons and, not long after that, Davout's decline and death. 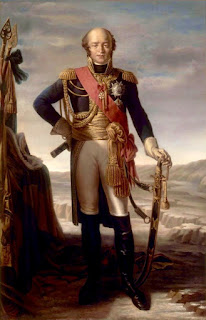 Gallagher perfectly balances all the elements, writing in an easy going yet authoratative manner, with a turn of pace brisk enough to keep the read exciting, and thorough enough to keep it fascinating. Of course the major interest for readers like myself are Davout's great successes, chief of which is Auerstedt. But all his campaigns and battles are adroitly covered.

After the Russian debacle Napoleon perhaps fails to employ Davout, arguably his most capable lieutenant, to best advantage. Firstly leaving him stranded in Hamburg as the Allies sweep westward, prior to his first abdication. And then choosing to employ him in Paris as Minister of War, during the 100 Days Campaign, when he might've been better employed in the field, and thus perhaps hastening his second and final abdication?. 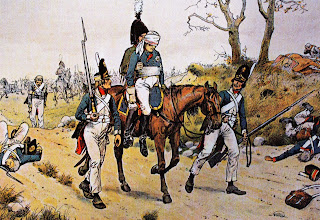 If not universally loved, then certainly greatly and widely respected, Davout emerges as a capable and judicious leader. Not as colourful or ambitious as your Murats or Bernadottes, perhaps, but instead a more devoted and more principled man, less self-interested and more duty-bound, whose belief in discipline and organisation meant troops under his care were second only to the Guard.

Gallagher's book has proven to be the perfect way for me to learn more about one of Napoleon's most capable commanders. Highly recommended. 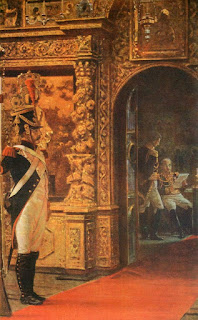