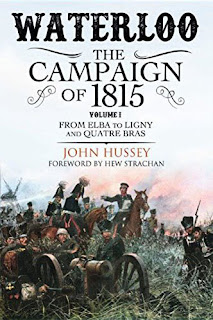 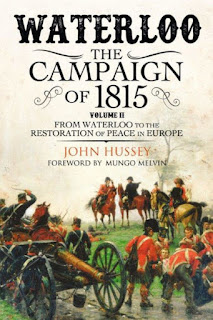 Wow... magnificent! I just finished volume two of John Hussey's mighty, epic two volume history Waterloo, The campaign of 1815. What a great literary-historical journey it was.

John Hussey's account of the One Hundred Days campaign is nothing if not thorough. Fortunately his prose is more contemporary in style than, say, Capt. Siborne's, whose very large history of Waterloo - even bigger than this one, esp. if you include the third volume of maps - is known to be a tough slog.

Nor is Hussey's work like Alessandro Barbero's more contemporary account, The Battle, which, placing one squarely on the battlefield amidst the action of the 18th June, has a very different feel and scope. Hussey tells a much bigger tale, of the 'big hats'; this is very much a command and control view of the campaign. There's lots on diplomacy, and even logistics (I don't quite know why, but for some reason I particularly love the latter aspect of military history!). And it soon emerges that the Allied coalition was, as Napoleon knew and gambled upon, a complex and quite fragile thing. 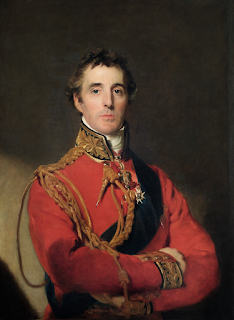 Despite numerous mistakes - strategic and tactical - Wellington was the man to get the job done.


But make no mistake, this is no less exciting for all that it stays closer to the upper echelons of command. For one thing, the way the two volumes are structured works really well: volume one begins with the diplomacy at Vienna, moves through Napoleon's return, before following the build up - Allied dithering versus rapid decisive Napoleonic action - and climaxing with the final three chapters, which focus on Ligny, Quatre Bras, and the wanderings of d'Erlon's Corps.

The excitement builds very nicely. And if, like me, you're obsessed with this era, Waterloo, or - quite probably - both, then the depth of detail will entrance. It is worth restating that this very definitely isn't Antony Beevor style down in the mud and blood stuff. So, if that's how you like your martial history, this just might be arduous going in the first half of volume one and the latter half of volume two. 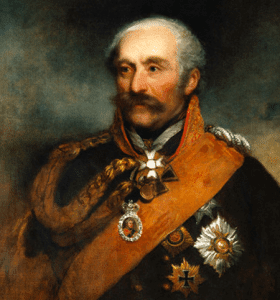 Hussey is clearly very taken with Blücher's 'up and at 'em' style of leadership.


Volume two is almost a mirror image of volume one, kicking off with the brief pause of the 17th, before rapidly launching into the excitement and confusion of the 18th, and Waterloo itself. And there's a lot of confusion, something Hussey conveys extremely well. In fact, with admirable and almost paradoxical clarity.

Hussey paints a picture in which the Prussians don't come off too well in terms of staff work, with only Müffling shining in his role as liaison between Wellington and Blücher. Gneisenau, on the other hand, comes over as alternately timid and anxious or peevishly aggressive. And the lack of clear communication from the Prussian side becomes an oft-repeated lament.

Anyway, volume two quickly grips the reader with its intense and detailed coverage of the action of the 18th, opting for the classic 'Five Acts' approach (can anyone remind me who it was that first came up with that approach?) [1], which works extremely well. And, as he does with the whole history across both volumes, Hussey always gets over both his own views and those of others, even where they diverge, supporting his own position with clear and reasoned argument. It's a very compelling account. 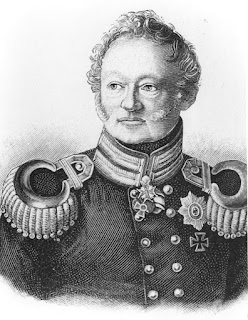 
Whilst Grouchy, d'Erlon and Ney have long been whipping boys for those whose admiration of Napoleon will brook no exceptions to his undeniable (if flawed) genius, that is not so here. Hussey lays the blame for the ultimate French defeat clearly and squarely at Napoleon's feet. One of the major problems stemmed from what could and often had been, in other times, one of the major strengths of Napoleon's leadership style: his desire to keep total control under his own hand.

As Hussey paints the picture here, this left Ney, brought in at the last moment, both emotionally slighted and practically uncertain; arriving on the eve of battle, with no formed staff, troops were added and subtracted from his command willy-nilly, as Napoleon - constantly changing his plans as he reacted to the evolving situation, sometimes under mistaken apprehensions  - saw fit. It was this situation that then lead to d'Erlon wandering around between Quatre Bras and Ligny, not only not benefitting French fortunes at either, but actually causing problems. 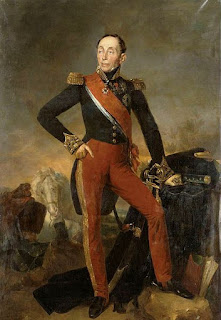 Grouchy, a man of two modes.


And as Hussey has it, Grouchy in the Waterloo campaign was a man of two modes. Up until he learned of Napoleon's decisive defeat he was vacillating and cautious, most likely too in awe of his imperial master to act decisively on his own initiative. And yet once he knew France was militarily beaten, he suddenly rediscovered his leadership mojo, and skilfully extricated his force, the one remaining part of the Armée du Nord that remained intact, safely returning it to France.

Unlike Grouchy, d'Erlon wound up both lost on the 16th, and defeated on the 18th. That the latter attack ultimately failed was a surprise to all, and in some major respects this was due to the 'fox hunt' style attack of the British and Allied cavalry. According to Hussey Napoleon's basic approach, though lacking in subtlety, most likely would've worked, in particular with an earlier start. But he also notes that communication at the top of the French army was no longer what it had once been, back in Berthier's day, and speculates on whether perhaps Grouchy and d'Erlon should've swapped roles with Davout and Suchet. 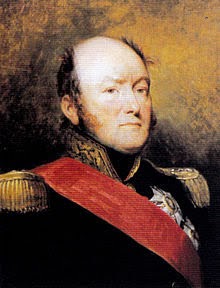 Hussey's coverage of the battle itself is superbly lucid, and highly exciting. And I also very much enjoyed how he managed to keep all the various narrative strands both separate, yet active and mutually reinforcing (unlike, all too often, the troops on the ground!). He also addresses some of the partisan nationalist bickering that's marred post-Waterloo history writing, and manages to come to very soundly reasoned and well supported conclusions of his own, whilst allowing for the differing views of other authorities. 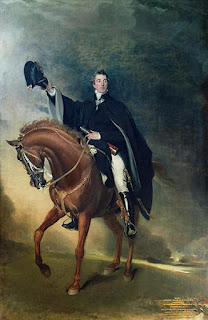 
Whilst Hussey clearly admires Wellington, and shows how reasonable he was in comparison to, for example, the alternately strident or gloomy Gneisenau, his is not a hagiographic portrayal by any means. Wellington committed sins of both omission and commission. In the former category he failed to give preparatory orders early enough - hence the 'humbugged' bit - and even on the day, his disposition remained mistakenly over-weighted to the West. And worst of all, whilst Hougoumont was thoroughly prepared, La Haye Sainte was dangerously passed over.

Hussey's admiration for Blücher is perhaps more straightforward, like the man himself: whilst Wellington had gifts that allowed him to operate extremely well both on the battlefield and in the corridors of power, Blücher was simply 'that old devil' (as Boney put it); you could knock him down -and this campaign illustrated this quite literally - but he'd be on his feet and into the saddle, and back on the attack, if not the next day, then the day after. 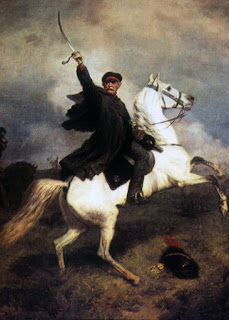 Having visited the battlefields myself twice (2014 and 2015), there was a special resonance when reading this account: having stood by the stone commemorating some of the actions of Mercer's RHA troop, and viewed a plaque attached to the church wall at Plancenoit, all the many place names and actions that took place and are so ably narrated here came vividly to life for me.

There's a lot of literature on Waterloo, that epoch-ending battle that finally brought the Napoleonic era to a definite full-stop. And a surprising amount of that literature is very good. But for me this is right up there with the best. A massive account - about 1,000 pages of narrative (that's not including notes, etc.) - that gave me huge pleasure to read, and has left me feeling far better informed on this fascinating chapter in European history. 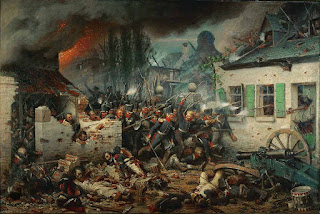 [1] Hussey does mention who it was who first described the battle of Waterloo as a drama in five acts, I just can't recall who he credits. 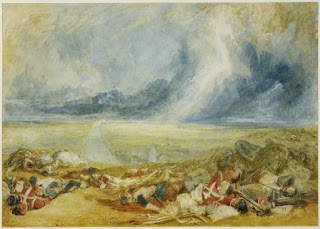 Hussey is very taken with Turner's depiction of The Field of Waterloo, but appears to favour the watercolour (above) over the oil version (below), inasmuch as that's the one he reproduces and discusses. 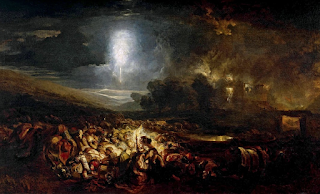