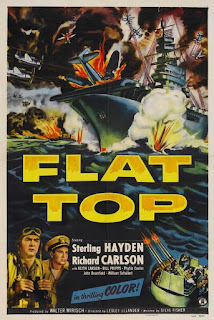 Reading John Grehan's Battle of Midway got me very interested in USN aircraft carriers. I tried to find a WWII movie on the subject, and discovered Flat Top. Made in 1952, and starring Sterling Hayden, an actor I really dig, whilst in truth not a classic film, it is pretty much exactly what I wanted. 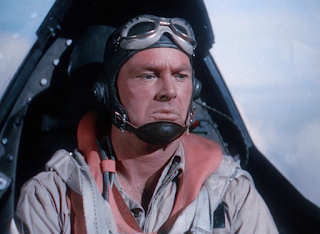 Sterling Hayden, a man's man in a man's world! 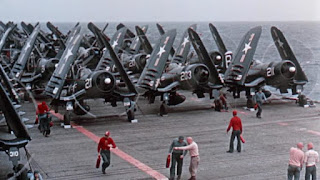 What I was looking for was a film that would show aspects of the operational and tactical life of such a vessel, and her crew. And Flat Top, whilst a bit thin and, pardon the pun, flat as a drama or character study - the drama is okay, but the characters are rather 2-D and clichéd - clearly takes pleasure in showing the multifarious aspects of life and operations aboard a WWII USN aircraft carrier.

The entire film is one long flashback, as Hayden's Cmdr. Dan Collier character recalls his WWII service aboard the same carrier in which we find him, which starts with his being given command of a new batch of raw recruit pilots. The well-worn cliché of the by-the-book hardass who ultimately comes to be loved by his men is then played out over a series of scenarios.

Heavy use is made of real WWII stock combat footage, both of fleet activity and even more so aerial combat. The contrast of the gung-ho mirth of the pilots with the anonymous Japs being so easily and merrily dispatched is a bit disconcerting. Indeed, the enemy remains an abstracted nonentity until quite late in the film, when we start to occasionally see the human cost to both sides. 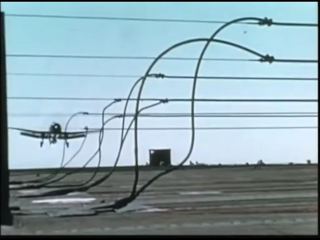 Several sequences, such as this one ... 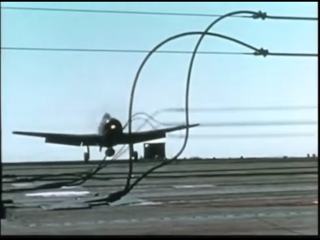 ... show how the arrestor wires work.

I suppose this was a propagandist movie, made  as it was during the Korean War, the opening scene showing jets landing on the carrier. In that respect it is a bit cornball. But what I like about the film is seeing operational stuff, like the maintenance and fuelling/arming of planes, above and below decks. Take offs and landings (the latter showing arrestor wires in use), with 'ground crew' at work, and the inter-deck elevators in action. 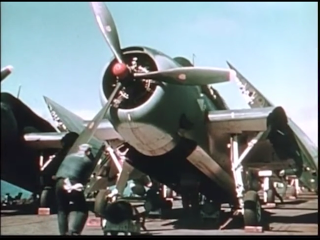 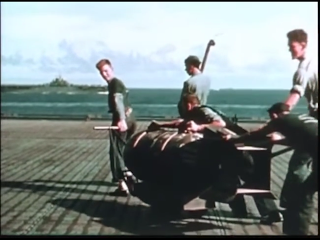 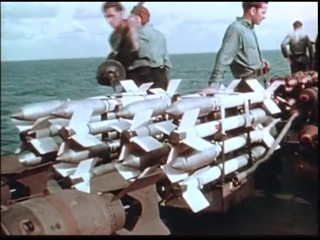 We also see how the officers and men live, the former in their own private but box-like quarters, the latter in dorms full of bunks. There are meals in the mess, pilot briefings (in surprisingly large/luxurious looking chairs!), and red-lit acclimatisation for night combat/flying. 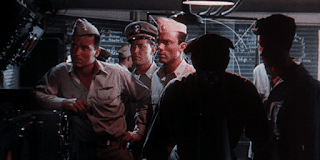 Below deck crew follow the action in an ops room type setting.

One of the more timeworn themes is that old chestnut of individual vs. group. This is less grating than the wafer-thin characterisations of the protagonists - a election of Everyman types, from jocks to poets, musicians to lawyers, etc. - and is, in this film as in life, difficult to square/resolve. Hayden's character does so in no uncertain terms. His immediate subordinate has a softer approach (albeit eventually conceding he's 100% wrong!). The overt message here is 'it's the team that wins'. But a certain amount of rugged individualism does sneak in.

So, not a great film, by any means, frankly. But certainly well worth watching if you're fascinated by the maritime and airborne aspects of the war in the Pacific. 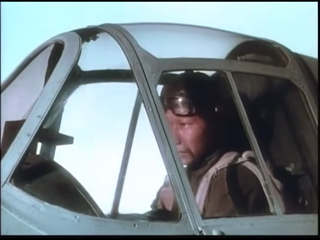 One of the few glimpses we get of the Japanese enemy.