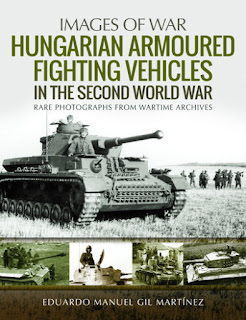 Spanish WWII history buff Eduardo Martinez shines a light on the AFVs of the Hungarian army, during WWII. Hungary, reacting no doubt to the initially apparently unstoppable territorial expansions of Hitler's Germany, decided to ally itself to the Nazi empire. 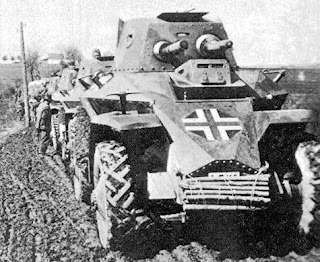 The most one usually hears about the Hungarian and Romanian allies of Germany is that they were poor and unreliable, more a liability than an asset, in Germany's quest for lebensraum on the Ostfront. So it's refreshing to encounter a book that looks at the subject from the Hungarian perspective. 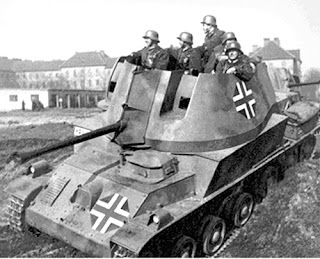 The Nimrod, capable of both AA and ground target combat.

Martinez seems impressed by the fact that Hungary was able to supply itself with its own materiel, despite the fact that it was never either good enough in itself, or sufficient to the tasks in hand. I.e. it was hopelessly outclassed by the Russian forces it was up against. This pretty inevitably lead to the Hungarian armed forces being re-equipped, to some extent, with German gear. 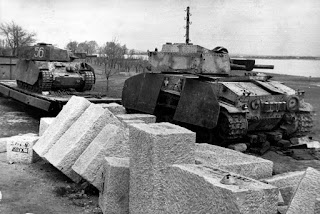 Turán IIs captured by the Soviets, loaded on flatcars.

Tragically for Hungary, once part of the formerly great Habsburg empire, the combination of their own poor materiel, and the insufficient quantities of better German gear, added up to a hopeless situation. Plus they were now fighting nervously alongside Romania, a long-term enemy who had, like them, thrown in their lot with the Nazis. 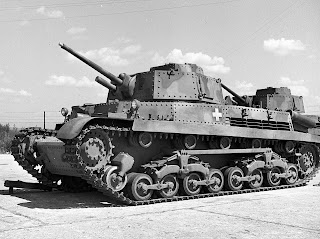 The text of this book isn't the best, the prose being a little lumpen - perhaps due to translation from Spanish? - and littered, alas, with minor but annoying typos or editorial errors (e.g. fairly frequent use of the term Panzer when I think the author's actually referring to Panthers). But this book does shed light on an interesting and little covered area of an otherwise much covered part of the war. And as befits titles in this series, the pictures do a good job of illustrating the subject, with both the German stuff, but even more so the Hungarian AFVs being very well illustrated. 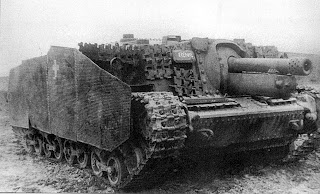 I feel I learned a good deal reading this, and became better acquainted with Hungary's own materiel, which is very interesting. I'd definitely recommend this to anyone interested in this aspect of the enormous war on the Eastern Front.
Posted by Seb Palmer at 15:18