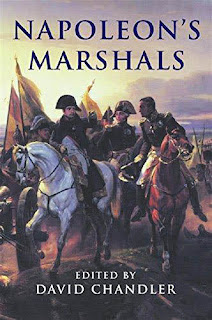 I don't know what you folks are like, in this respect, but, when it comes to reading books (or watching DVD series, for that matter), I like to systematically plod through; start at the beginning, and work to the end. Sometimes, however, a book lends itself to episodic study. And this is such a book. 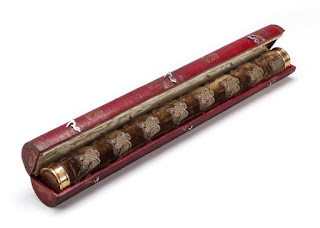 Nonetheless, even under such circumstances, I'd usually start at A and work stolidly to Z, just so as to be sure to cover all points and not miss anything. I'm pretty much the same with collections of music or film. If in this respect I'm a methodical plodder, my wife, by contrast, is a whimsical dipper. As a consequence, there are episodes of Sherlock Holmes or Poirot she's done to death (so to speak!), and others she still may never have seen. 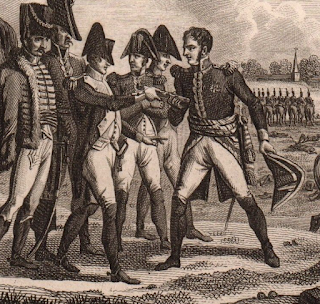 So, even when presented with the opportunity to dip in randomly, I rarely do it, and so strong is my aversion to such random reading that certain other other books that encourage this approach (I can think of two by philosopher A. C. Grayling, for example: Ideas That Matter, and The Good Book) remain on my shelves, practically unread.

However, my 'Jones' for things Napoleonic is sufficiently overpowering as to overcome this aversion. The handsome weighty hardback under review here, that has seduced me against my own principles is Napoleon's Marshals, by a collection (a who's who, in fact) of authors known for their interest in the period, under the editorial eye of Napoleonic über-buff, David Chandler. 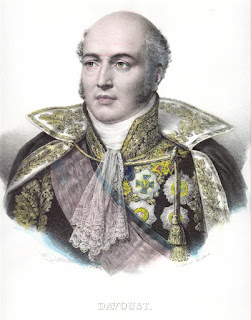 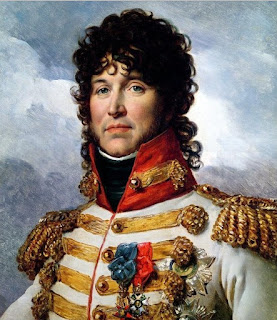 One of many things that helps me cross the threshold in this instance is the fact that one may be reading about a certain episode or period within the Napoleonic Wars - say for example Davout's incredible feat at Auerstadt, or the heroics of Ney in the retreat from Russia, the many nigh comical caperings of Murat, or Poniatowski's tragically short spell as a baton-wielder - and feel the urge to know more about that particular character. 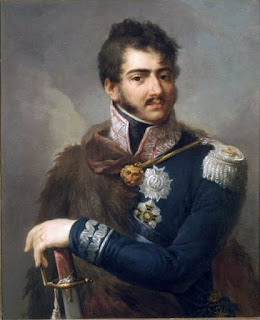 Or, alternatively, a cumulative interest may build, as it has with me in regard to particular figures, such as Davout, for his staunch dependability, or Bernadotte for his far more volatile and Mercurial relationship with Napoleon. And in some instances, it's my general ignorance of a character, such as the oft-lauded Lannes, or Massena, of both of whom - despite noting the reverence frequently accorded their names - I have next to no knowledge at all.

At the time of posting this review I've only read the chapters on four or five of the Marshals (Murat, Ney, Bernadotte, Davout and - I think? - Berthier), and I've found them to be of quite a variable flavour, according to who wrote about who, ranging from gruffly factual to almost homely and anecdotal. Interestingly, thinking of an author like Delderfield, it struck me that even some pro historians and ex-miliatry types are as much or maybe even more given to romantic reveries as the seriously interested and knowledgeable amateur. 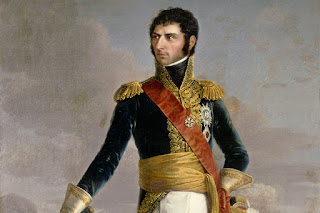 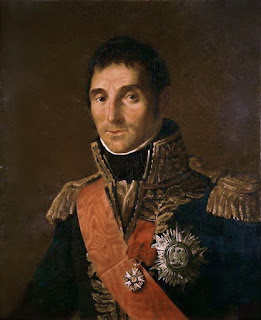 
A little patchy, in terms of prose quality, and quite varied in terms of levels of detail and interest - for some there's not a great deal to say, whilst for others, this format (according all 26 Marshals a roughly equal weighting of a chapter each) doesn't give enough room to go into sufficient detail - and with as much trad old-soldier's anecdote as scholarly meat... well? Having not read the entire book as yet, my current judgement is that this is, whilst not an out and out classic, still an essential addition to the Nappy Buff's library.

[1] This particular example might once have belonged to Marshal Jourdan.

[2] Why his name is sometimes rendered as Davoust, as on this print, has always confused me.
Posted by Seb Palmer at 22:57