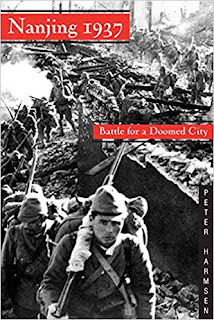 "rice even tastes better after you have killed someone" (Ch. 7, Decisive Days)


The banner quote for this review comes from a passage in the book in which a Japanese soldier, once a child who wouldn't hurt a fly, discovers in the war with China that 'It turns out that I can kill others just like that, without even giving it any thought'. The quote comes in the context of an execution of eight Chinese soldiers who have surrendered, but it perhaps also helps illuminate the mentality that lay behind the infamously brutal 'rape of Nanking'.* 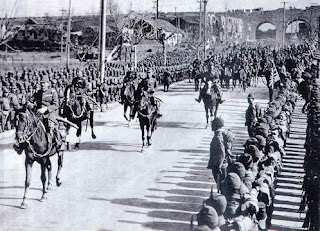 In 'Nanjing, 1937' Peter Harmsen follows up his excellent 'Shanghai 1937, Stalingrad on the Yangtze', with another gripping account from a conflict - an aspect of WWII which expands upon our usual Euro-centric 1939-45 view of it - that is less well known to us in the West than either the Eastern or Western European fronts, the war in the Med, or even the Pacific.

Accounts from all quarters - not just the Chinese and the Japanese military directly involved, but also the many others caught up in this massive and bloody conflict, from hapless civilians and foreign nationals on the ground, to the diplomats around the world - illuminate the unfolding story. And Harmsen proves that his previous book was no one-off, as in this one he once again expertly dovetails the many elements into an exciting and informative whole. 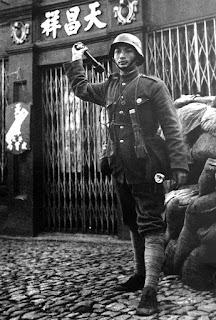 Not only are the many and varied participants' accounts expertly deployed in telling this fascinating story, likewise the many levels of the complex unfolding events are presented with a very deft hand. We are constantly but smoothly switching between sides, or shifting gears between levels, as Harmsen zooms in or pans out: from the geo-political overview, as the world powers struggle to find a position (and largely fail; only Germany, who re-align their allegiance from China to Japan, and Russia, who back China, really make meaningful stands), to the unfolding of the action itself, from the strategic overview to the panic and fog of war at ground level.

Throughout it all it's the gripping life and death drama at the latter level that largely drives both the events themselves, and Harmsen's wonderfully lucid and compelling narrative. Another brilliant chapter in a growing body of work. The Japanese war in China would drag on till 1945. Will we, therefore, be seeing further similar books from Harmsen, perhaps for example on the first Chinese victory, at Xuzhou (aka Taierzhuang)? I do hope so. 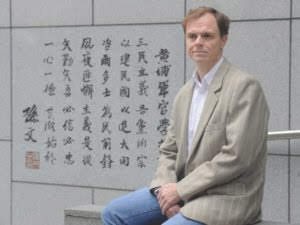 *Harmsen uses Nanjing throughout; in this instance - specific to the atrocities of the aftermath - I've chosen to stick with the name/phrase that I grew up knowing those events by.
Posted by Seb Palmer at 16:15