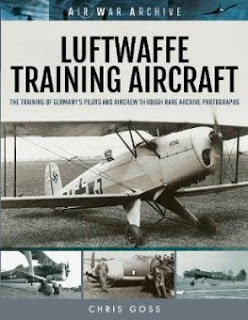 Covering a neglected and potentially interesting subject, if perhaps more up the avenue of a plane modeller, this is a good source of pictures. But the text is very minimal, consisting of a brief intro, a useful glossary, and then the picture captions.

The intro gives some background context, and the glossary is very useful. But the captions are, by and large, a bit too dry, often consisting solely of info on the plane's werk nummer and service history. Where there's some info beyond that, say for example on the fates of the crew, or some other interesting little detail, it's better. 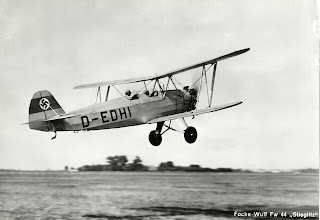 Under the Air War Archive banner this one's kind of in the vein of the Images of War series, inasmuch as it's primarily a pictorial resource. Given the author's acknowledgment of this as an understudied area of aerial warfare, it's a shame there isn't more in the way of interesting textual detail. Bit of a missed opportunity there.

Some of the planes covered herein are familiar, but many aren't. At least not to me. But then I'm more of an ground warfare freak than a air war type guy. Some of the images have sparked an interest  that might lead me to build something different. But then again, perhaps I should concentrate on all the stuff I already have in hand?

Of all the books I've been reading and reviewing recently, this one's certainly not amongst my favourite. I have been getting more into aircraft of late. But even so, this is perhaps a little too specialised and a little too dry for me. Still, it's always nice to have more pics in the library!