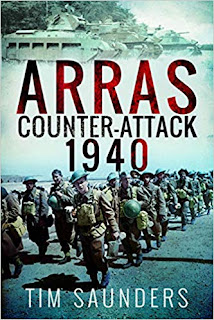 I've just finished reading this book, which I thoroughly enjoyed.

Reeling from the speed of the German advance, French and English command and control was, by mid-May 1940 coming apart at the seams. As a consequence, what was intitially supposed to be the northern part of an Allied pincer movement, aimed at cutting through the corridor the Panzers had so rapidly opened up, became instead an ill-starred and half-baked operation, ultimately more about defence and retreat than the supposed or intended attack.

Tim Saunders, ex-military himself, has written an engaging account of this doomed action. Chapters 1-4 set the scene, starting with reflections on WWI and the birth of tank warfare, and the development of these ideas in the interwar years, and showing how, despite Britain and France having lead tank development early on, they were to be outpaced by Germany, when Hitler rode roughshod over the Versailles treaty, characters like Guderian championing a new form of all-arms warfare, spearheaded by tanks and mobile armoured troops, that would come be known as Blitzkrieg. 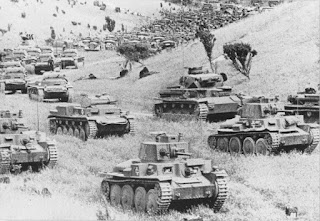 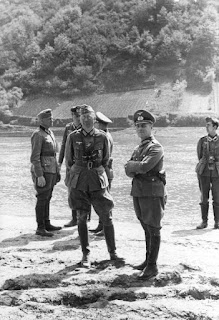 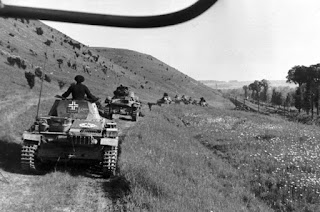 This photo was allegedly taken by Rommel himself, near Arras.

Further scene setting is developed in chapters concerning the planning of of Fall Gelb, the invasion of France, and the constitution and depolyoment of the BEF in France, along with the Allied plan, to strike East into Belgium, that wound up playing directly into the German's 'Sickle-Cut' strategy. Chapters then cover the new Allied plans, ostensibly to now attack south instead, and meet a northward attack by French forces. But these plans, over ambitious to begin with, were subject to constant revision, as the French will to attack evaporated, and even as the BEF forces deployed for the attack itself.

I'll leave my synopsis of the contents there, saying only that the following chapters follow the action of May 21st, the actual Arras Counter Attack, confused and fragmented as that is, with admirable clarity. And the evolving story is liberally peppered with quotes from primary sources on both sides, albeit weighted somewht more to the British perspective. I read another review on Amazon UK in which the reviewer calls into question the authenticity of 'Gun Buster', a source Saunders quotes at some length and on numerous occcasions. On the German side he quotes Rommel a lot, but in this instance acknowledging Rommel's own talent for self-publicity and exaggeration. 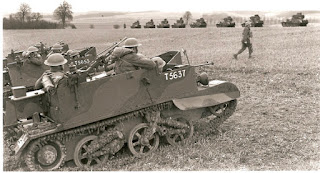 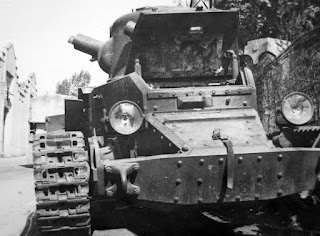 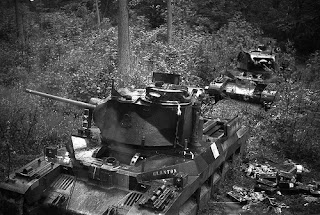 At this point I'll note some of the good and bad points of the book structurally: the background and the action itself are well structured. And one thing very worthy of note to commend this book is the excellent deployment of maps [1] and photographs [2] in conjunction with the text. Other useful inclusions are, in the several Appendices, the OOB for the 7th Pz Div, the Battlefield tour stuff, for those wishing to visit the scenes of these actions, and the analyses of the Operation as a whole, and its influence in Hitler's 'Halt Order'. But there are no OOB for the BEF or other Allied troops, nor a glossary, bibliography, or notes on sources.

So, compared with some writing on WWII, this is a bit patchy from the scholarly apparatus point of view. But, for me, as someone with very limited knowledge of this aspect of the war, this was a fascinating and compelling read. A glossary, bibliography, and notes on sources would all improve the book. But in its favour, its use of maps and photographs help make it more vivid and easier to follow than many other books in the military history camp.

Overall I'd definitely recommend this to those with an interest in the period.

Having also recently read about a similar instance of attack as constantly shifting rearguard action in Jeffrey Plowman's Greece, 1941, quite how 'we'* won the war, getting off to such a shaky and badly managed start, is a mystery. As Saunders observes on p.101: 'all-arms tactics were almost non-existent in the British Army of 1940.' He also notes that this remained true even as late save the Normandy campaign, post D-Day!

* Well, with the combined weight of industry and numbers that first Russia, then the U.S., and not forgetting our own ability to draw on the manpower resources of the Commonwealth, that 'we' becomes significantly larger, and the outcome less mysterious.

[1] Although having said this, the maps are not standardised, and seem to have been lifted from a number of uncredited sources. And in a few instances there is the amusing typo whereby the settlement Warlus is rendered as Walrus!

[2] These photos appear, by and large, at pertinent points in relation to the text, and really help illuminate it. Occasionally however they might have benefitted from clearer descriptions, as for example when an SdKfz 222 from the Africa Korps is shown. It's better than no pic' of the vehicle. But the fact it's a photo from an altogether different theatre should probably be noted, even if only in passing.
Posted by Seb Palmer at 13:53