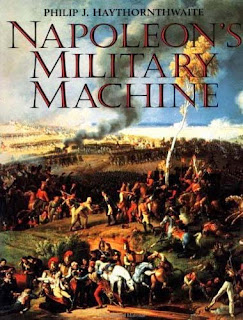 An excellent book: wide-ranging and comprehensive, detailed and thorough, and written in clear, precise prose (almost all [1] the 'military buff' type info - inc. technical terms and suchlike jargon - is clearly explained in such a way that the general reader can get to grips with it). The author's expertise in the field appears to be prodigious, making this a fantastic resource for those with a borderline fanatical interest in the subject, like me.

Nonetheless, I did find one instance where he seemed to be at odds with other sources: in discussing Boney's artillery he states, on p. 49, ''counter battery fire' (artillery firing upon artillery) was rare'. From my limited reading of Napoleonic history I'd got the distinct impression that 'artillery duels' were notoriously common, and, despite the ire and much to the chagrin of commanders, once started, nigh on impossible to stop. Barbero mentions that this significantly affected artillery effectiveness on both sides at Waterloo, in his excellent book The Battle: A New History of the Battle of Waterloo. 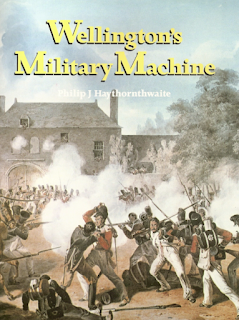 The author's companion piece on the British army.

Haythornthwaite has also written an equivalent book on Wellington's army, as pictured above. I don't have that one, as yet. As readers here will no doubt know, he's a very prolific author on military history. He's certainly written some titles about the Russian Napoleonic forces for the Osprey Men-At-Arms series, which I'd like to check out some time soon (with my dormant but still strong interest in the 1812 campaign). But, I wonder, is there a single volume book of this sort on the Russians?

An excellent resource for those interested in the organisation, tactics and campaign history of Napoleon's military machine, living up to it's title admirably. 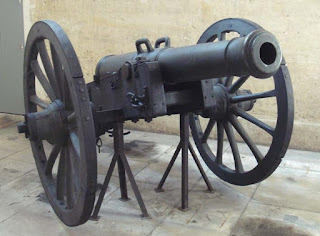 A Gribeauval 12 pdr, perhaps even one of Napoleon's 'beautiful daughters'?

[1] * I feel books of this sort ought to supply translations of foreign language quotes as a matter of course, and not assume we're all multilingual (wish I was!); Haythornthwaite is amongst those who don't always remember to do this.

[2] This fabulous painting of Napoleon and his immediate entourage, at the height of one of his most famous victories, shows the rich pageant inherent in the military machine of this era.
Posted by Seb Palmer at 01:00