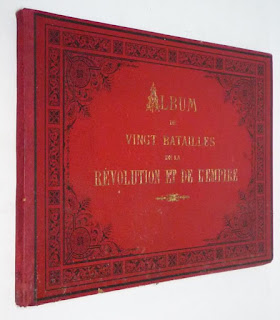 You know how it is, one click leads to another, and before know it, the interweb has lead you a merry dance to who knows where. 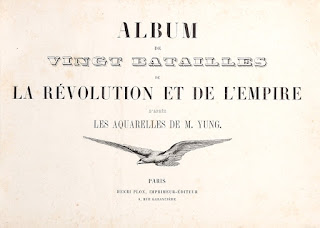 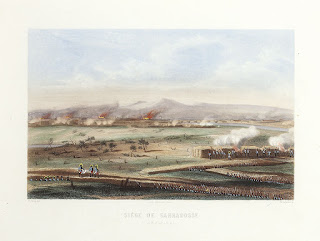 This morning I had just such an experience, and it lead me to discover this, a digitised edition of Theodore Yung's Vingt Batailles de la Revolution et de l'Empire. I first became aware of Theodore Yung's beautiful artwork through the use of his image of Ligny on several book covers (the front of The Emperor's Last Victory, and the back of Grouchy's Waterloo, for example). 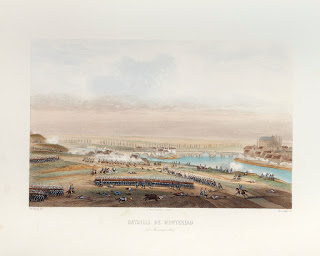 Rummaging around online I found original editions of this handsome looking book either for sale or having sold, ranging from about £350 to around £1,500. I realise my combined Napoleonic Wars fetish and general bibliophilia is getting pretty serious, 'cause I find myself desperately wanting to find some means, any means, of acquiring this beautiful book. 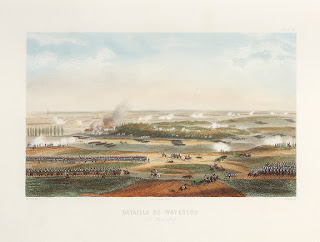 But for now I'll have to make do with the above-linked online version, from Gallica, or something similar. I make that last remark having also found several other online versions here, which looks better quality (but the images are smaller), and here. Sadly the image quality in the latter is rather poor. But it was from that source that I was able to harvest this full listing of the plates: 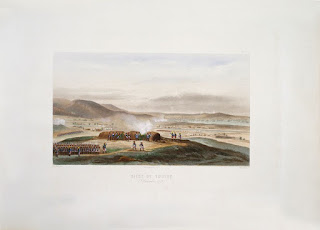 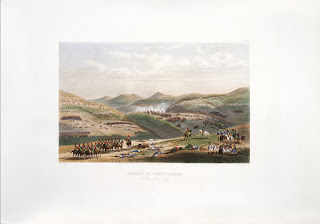