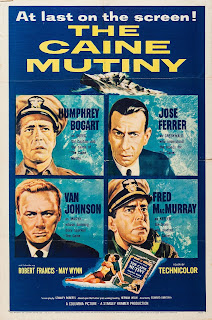 The Caine Mutiny tells the semi-fictional story of troubled times on board an American minesweeper in WWII, and a court martial that follows.

Recently graduated Ensign Willie Keith (Robert Francis) arrives on board the Caine, and is disappointed to find not all is shipshape. Initially pleased when a new Captain arrives, it's not long before he and the rest of the crew realise Capt. Queeg (Bogart) is a paranoid tyrant, quick to find fault in others, and keen to hide his own failings. 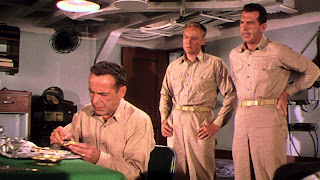 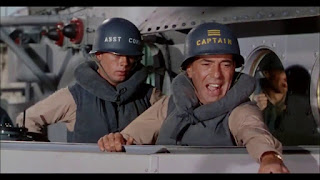 Ensign Keith looks on in disbelief as Queeg makes a hash of manoeuvres.

Lt. Keefer (Fred MacMurray) urges Lt. Maryk (Van Johnson) to act. Things finally coming to a head during a violent storm, in the midst of which the titular 'mutiny' - or is it really? - occurs. When back on dry land the events at sea result in a court martial. Lt. Greenwald (Jose Ferrer), an inexperienced lawyer, is assigned to the defence.

Despite depicting a loony captain and a possible mutiny (which the film assures us has never actually happened in the US navy), the film clearly had US Navy help. The port and sea footage is good, although the story is perhaps initially a bit pedestrian, only gradually livening up. Certainly the romantic subplot seems like a red herring. The switch to courtroom drama is also a little clunky. 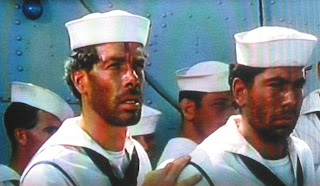 Initally the film focusses on Ensign Keith, played by young star on the rise Robert Francis. He was an unknown face to me. I subsequently found out that this was 'cause his career was cut short when he died in a plane crash, aged just 25, having made only four films. His character is a bit too wet behind the ears and all-American for me.

Bogey plays one of his least likeable characters. And both he, and even more so Ferrer, take their time to appear. Fred MacMurray and Van Johnson are both fine, giving solid if unremarkable performances. A very young Lee Marvin plays the lowly 'Meatball'!

Although it's not mentioned on the film's wiki page, the film is partially based on certain real events; the officers who suspect Queeg may be nuts set off to see Admiral Halsey, but then decide not to bother, shortly after which the ship is steered, under Queeg's orders, into typhoon. In real life it was actually Admiral Halsey who ordered his fleet to hold position when a hurricane was heading on a collision course with Task Force 38, of the III Fleet, as a result of which three ships were sunk, and nearly 800 lives lost. 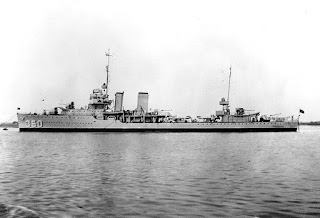 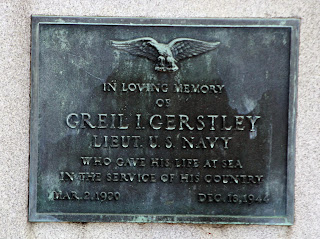 Couldn't find a pic of Lieut. Gerstley. Only this. 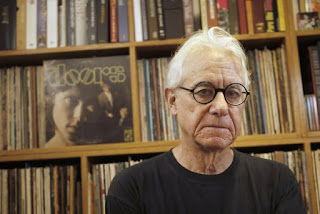 Pop culture trivia fans might like to note that contemporary American music critic Grail Marcus is the son of Grail Gerstley, who, as second in command of USS Hull decided not to mutiny, in the real life event, Tycoon Cobra. This film, made with the hesitant cooperation of the U.S. Navy, is at pains to point out there's never been a mutiny in the history of the U.S. Navy. Ok, but at what cost? Three ships lost and almost eight hundred dead.

Given the relationship to the factual story, this ends up being a damp squib. It could've been really amazing. Although I doubt the American Navy would've cooperated in a 'true story' telling of these events. I'm giving this just three balkenkreuz, as I was more than a trifle diasappointed. It'not awful, but it's certainly not a classic. Still, it is worth seeing.

----------
These last two pictures are photographs taken during Typhoon Cobra, by ships of TF38, which I've taken - captions and all - from the Wikipedia entry on that tragic event. 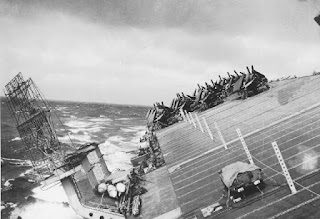 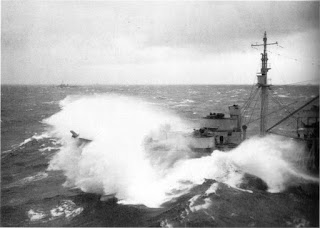