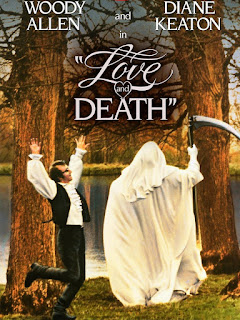 For me this film is a dream come true: I love Napoleonic history, and I'm especially fascinated with the 1812 campaign in Russia. And of course Russian literature and music offers vast riches for Woody Allen to both mock and do homage to. Then there's Allen himself - my favourite film maker - indulging in a rather silly take on all this stuff.

Released in '75, Love & Death marks the end of his run of early 'funny' films, after which he enters upon the decade that I see as the apex of his career, between Annie Hall and Radio Days. Love and Death certainly isn't his greatest film. Indeed, it's fairly dumb in places, as Allen movies go. But,  nevertheless, it's wonderful: there's no one else makes films quite like Woody Allen. 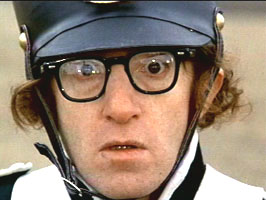 The Russian soldier, brave and resolute, faces death without fear. 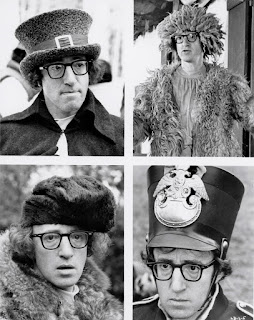 The many faces - and fab outfits - of Boris Grushenko, 'scholar and coward'.

Despite the weighting towards farcical broad comedy, which often approaches slapstick, there are poignant moments, such as the opening and closing titles, where the pure beauty of landscape and music, despite Allen prancing about with the figure of death at one point, are quite intoxicating. Allen uses Prokofiev throughout, which helps with the Russian flavour, and the 'Troika' section from the Lieutenant Kijé Suite, used in the titles, is utterly perfect.

Allen and Diane Keaton are brilliant, deadpanning a very Noo Yoik type convoluted love-affair into a cod-Tolstoyesque (or sometimes even cod-Dostoyevskyan) setting. There are some fabulous exchanges between Keaton's philosophical Sonja and Allen's wise-cracking Boris. And the supporting cast do fine as well, Keaton's first (herring merchant) husband, her unctuous piano-teacher - the first of her many lovers - and James Tolkan as Napoleon, are all noteworthy. Numerous other actors give brief but entertaining performances, such as the guy who portrays one of Napoleon's forgotten staff, Sidney Applebaum.

James Tolkan very much looks the part (every inch, perhaps?), as Napoleon.


As ever with Allen there's plenty of reference to such themes as existential angst and sex, which are, of course, facets of the titles themes, love and death. His encounter with and seduction of the stunning cocquette Countess Alexandrovna is very amusing. Inevitably, it being Russia in the C19th, he then has to fight a duel with Countess Alexandrovna's cuckolded lover Anton. Needless to say, the resulting duel in the snow is rather different to that between Bezukhov and Dolokhov in the many film and TV adaptations of War and Peace. 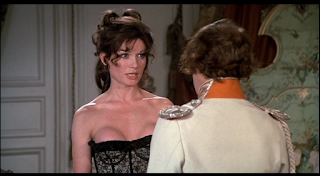 Countess Alexandrovna: 'You're the greatest lover I've ever had' 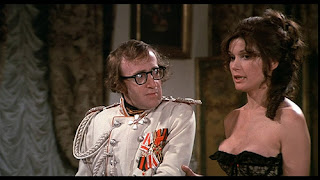 Boris: 'Well, I practice a lot when I'm alone.'

Eventually, having become embroiled in the wars - first when Napoleon goes to war with Austria, and later when he invades Russia - very much against his will (he's a self-professed 'scholar and coward'), he finally gets together with Sonja, much against hers, only to be dragged into a plot she hatches to kill Boney. But in case you haven't seen it, I'll leave it there. 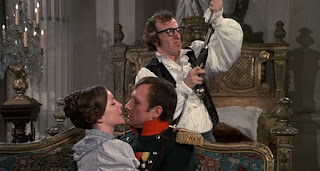 Boris struggles with the deep moral implications of murder, and his pistol.

But, ah me... as I said above, there's no-one else makes films like Allen! So, whilst not his best, it's still a four-and-a-half bicorne affair, especially compared with the vast and seemingly endless tidal-waves of brainless, humourless dross Hollywood pumps out these days. As silly as this undoubtedly often gets, it's still packed with not just wit, but intelligence, pathos, and even reflections, albeit largely tongue in cheek, on the kind of deeper themes that Tolstoy et al loved to ruminate on. 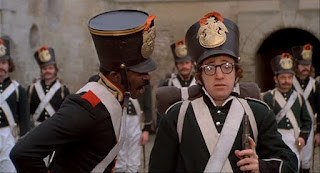 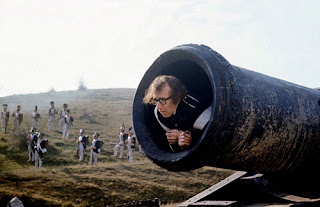 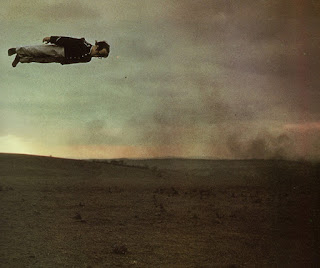 Projectile Woody. Who'd Dare accuse Allen of being a dummy? [1] 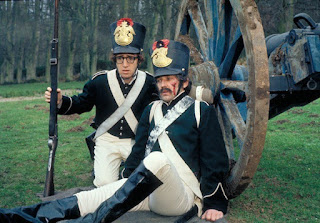 I don't recall this scene, perhaps it was cut? 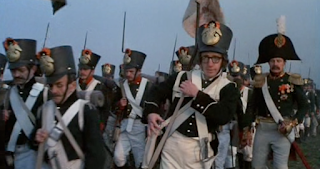 Russian soldier: 'God is testing us'. 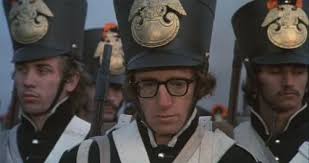 Boris: 'Couldn't he have given us a written?'

In terms of military scenes and action, whilst there's a fair bit of it, and on quite a grand scale, it's all pretty silly, from the deliberate anachronism of the bawling black U.S. Marine style drill-master, to Woody's malfunctioning weapons, and his ill-advised choice of the barrel of a cannon as a place to hide. Nevertheless, and rather like Harry Flashman, despite his own best efforts to shirk, cower and hide, Boris becomes a hero.

The first and only major military campaign depicted on film here is, as in War and Peace, the 1805 campaign, which culminatesd in Austerlitz. In this film, Allen doesn't - as mainstream American directors would undoubtedly do - signpost such references (and the film is littered with cultural cross defences), they're there for the knowing to spot and enjoy.

The second military phase is of course the 1812 invasion, but again history, military and civil, just serves as a vehicle for Allen's comedic take an everything from sex and art, to angst and philosophy. This is the segment in which Boris is not a soldier, but a would-be assassin. So it's not so much battles, as intrigue, Boris and Sonja inveigling their way into the Imperial HQ.

In a film like Bondarchuk's Waterloo, one might lament any license with history. Here, however, we are clearly dealing with a film in which historical accuracy was not paramount. Nevertheless, the uniforms and settings are, for the most part, pretty good - and certainly sumptuous and quite spectaular - but mostly it's just great fun to see a favourite era used for comedic mileage. 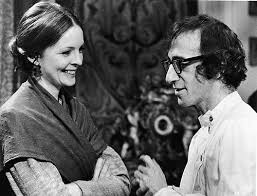 It looks like making the film was fun, but... 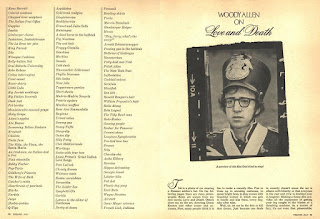 ... Woody explains to readers of Esquire why making films like Love And Death isn't fun. 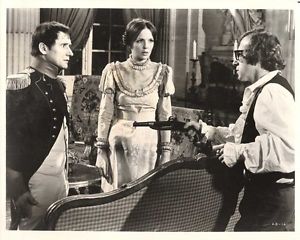 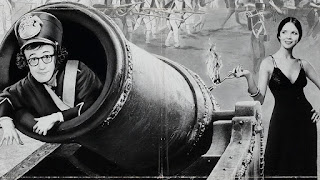 A great very retro image, used in some versions of the post series for the film.

On set in Hungary. An experience which put Allen off filming abroad for about 20 years!