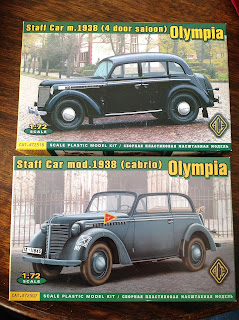 Currently building the bottom one of these two.

The first of my On Track purchases to be built is this 1938 model Cabriolet. I also have the very similar looking four-door saloon to look forward to, as well. These are the first of what I hope will be numerous cars and other vehicles that could be either military or civilian. 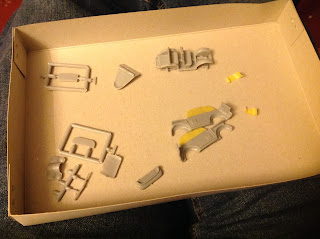 Working on the glazing.

I didn't photograph the first few steps. So we come straight into this at the point where I was working on the glazing. I also diverge from the suggested assembly by basically constructing the chassis and wheels and the body work as two separate stages. This is due to the fact that I'll need to paint the interior before putting these two sections together. 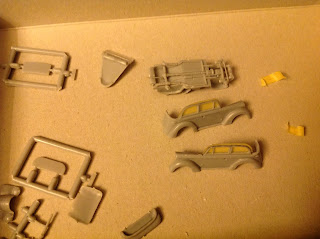 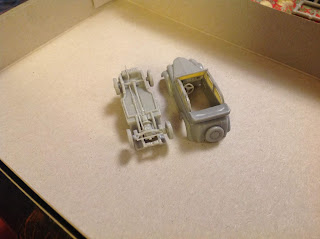 The underside of the chassis, and the open-top body.


Short run injection moulded kits such as Ace specialise in are great in some respects, inasmuch as you can get kits of vehicles otherwise difficult to obtain, but less good in others, as in often suffering from excessive flash, or parts that don't fit together terrifically well. In this instance both issues are present. This is another reason to assemble in the two primary stages I've adopted, so as to keep some control over fit.

I guess there's also a concomitant risk doing it this way of the two halves not mating properly. The biggest arse-ache so far has certainly been the fairly frequent need to heavily trim certain parts in order to get a viable fit. The bonnet, wings and bumpers were an area of particular troublesomeness. And they'll require some post-build plastic surgery to neaten them up somewhat. 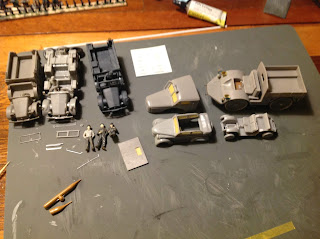 My current batch of German vehicles.


As usual, my reluctance to reach for the airbrush means an ever-growing pile of unfinished vehicles. Above you can see three Krupp Protz, the RSO 175, and now this little staff car. There are also the three Elefant/Ferdinand, two M7 Priest, and the Quad, limber and gun... oh, and the Universal Carrier and gun. And that's just my current batch! Upstairs on my 'display shelves' I have dozens more! 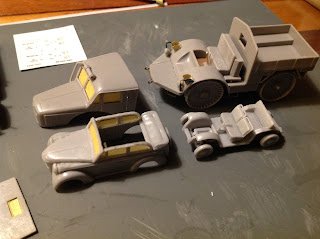 The entire Ace cabrio' is about the size of the RSO cab!


The main thing for me, however, at present at least, is that it's fun. And it is fun. A great deal of fun! At times I despair of my ever attaining a level of skill and finish that will satisfy me. But on the other hand, if I just follow my whims and have fun along the way, perhaps that's reward enough? I do dream of creating little forces with which to wargame, in some manner. But I have no urgent timetable with which to comply. Should I have? 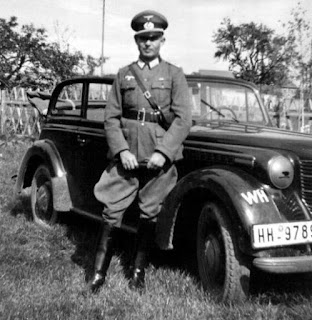 A 1938 model Opel Olympia in use as a Wehrmacht staff car.

First off, I decided to trawl the web to find out exactly what type this car is. I don't think that ipantpywheee, except perhaps on the box-art illustration, there is a mention that this is an Opel Olympia. There are loads still on the road,  including a good number done up in Wehrmacht colours and markings. This is handy, for reference, in addition to period photos, naturally. 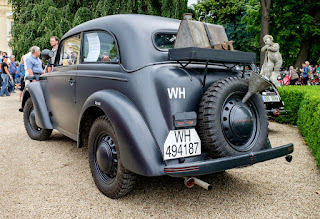 Today I've had a bout of pure exhaustion. I get them periodically, possibly as a result of my underlying conditions, and/or the medication I'm on, etc. I slept from whenever I went to bed/sleep, last night (11-ish?), straight through to about 11.30... i.e. the best part of a solid 12 hours!

Having them got up and active, after a house-clearing trip to the municipal dump (these are never ending, and mostly supplied by the gradual removal of crap from our back garden; that's another story!), and some light shopping, I managed about an hour or two of reading before falling asleep again. This time just for a couple of hours. 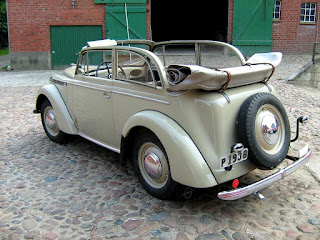 One of many beautiful civilian style Opel Olympias still gracing the roads.

There's even one in the Tintin adventure, King Ottokar's Sceptre! 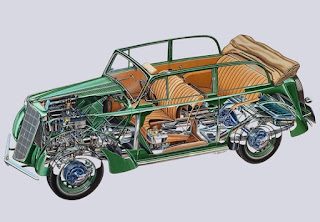 Images like this are helpful, re interior detail, etc.

I mention all this because - relatively unusual as such bouts of exhaustion are - it shows how even on an ostensible day off, a day when I might hope to get a bit of modelmaking or figure painting in, that's not always possible. I did manage about 45 minutes of very slow work on the Opel Olympia. And it's now finished, construction wise, save for rear-view mirror and windscreen wipers. They'll have to wait until the remainder of the model is painted, and the window masks have been removed.

Today it was mostly tiny detailing elements, such as number plates, rear lights (on ant like antennae!), the front bumper, door-handles (very fiddly!), and a scratch-built petrol filler cap. The latter self made because the supplied piece of styrene was hare-lipped to the point of unusable deformity. I might make my own rear-view mirror for similar reasons. And there are no supplied windscreen wipers. So I'll have fabricate them as well. 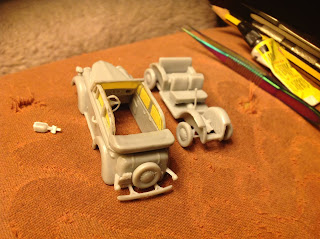 Here's how she looks today. 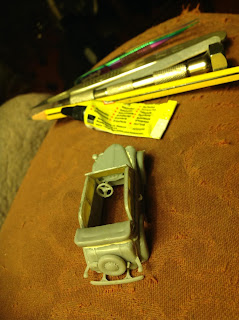 Filling some gaps with white Milliput. 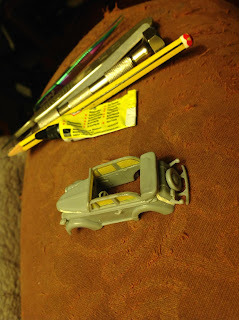 Will need to trim or file the filler a bit once dry.