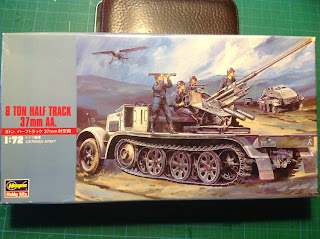 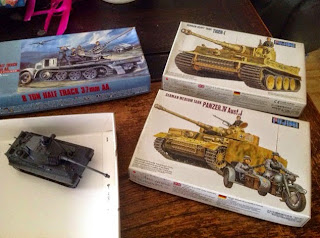 I bought a bunch of 1/72 WWII German vehicles at Salute 2015 (see above pic: four pre-owned kits for £10... bargain!). A nice old-fashioned painting adorns the box (top). As usual, we start with a look at what's inside. First the body/chassis: 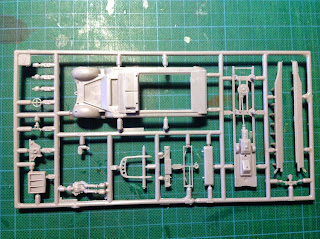 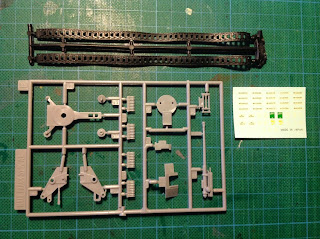 Then, above, the gun, decals, and - uh-oh - rubber band tracks. Quite a primitive blocky sculpt these tracks, but the male/female bits were well-moulded and easy to fix together, via the heated flathead screwdriver method. Below, the wheels, with the upper cab also attached. 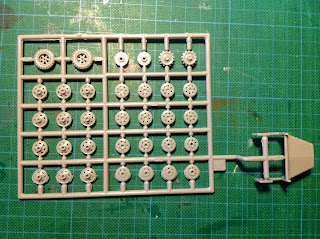 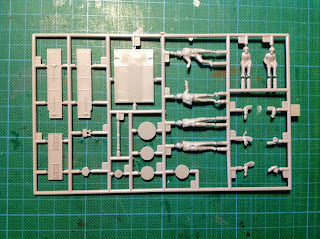 Above, some bits of the rear AA-gun area, and the crew. I'm thinking about populating it with some AB figures, rather than the figures supplied, as they're not very well sculpted or naturalistically posed. Below, the instructions, with an assembled version of the kit handily illustrated. The instructions are pretty good, being clear and well-laid out, and overall pretty easy to follow. 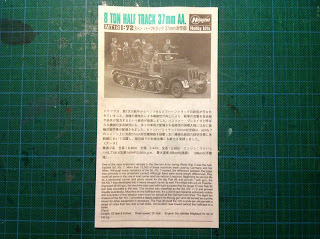 Assembly commences. As is often the case the running-gear is the first step. The model went together really nicely right from the outset. This is my second kit from Hasegawa. The previous one was a Jagdpanzer, which was also a lot of fun to build. So far I'm very impressed: the detail isn't the best, and the moulds may be ageing a bit, as there's a fair bit of flash on some parts (see the driver figure below), but once they're cleaned up they fit together beautifully, and that makes the whole process of the build great fun. 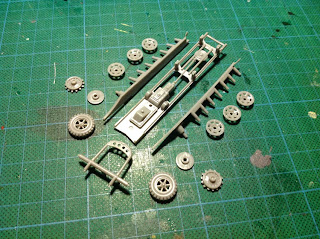 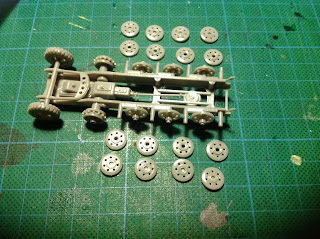 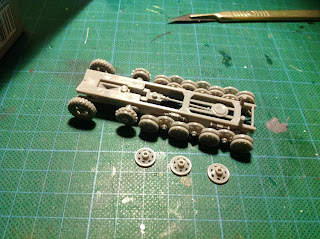 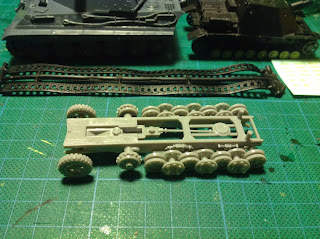 Over the next few steps the bodywork - cab, rear gun area, and the gun itself - all went together, quickly and smoothly. I added some clear plastic for the glass of the windscreen. At the time of posting the model is unfinished. Some parts are going to need painting before further assembly can be resumed. 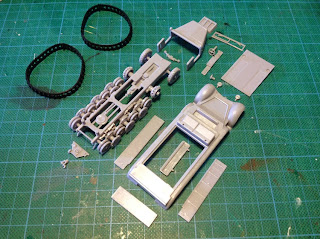 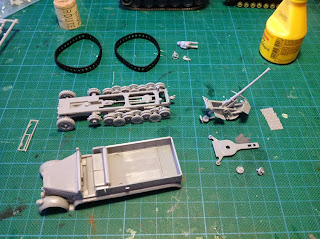 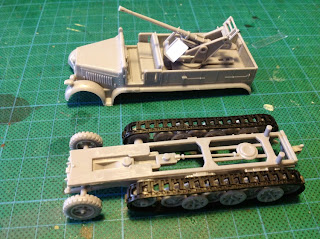 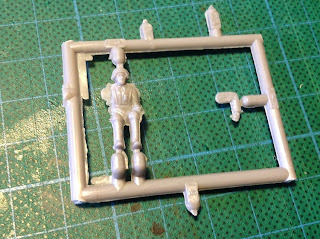 The driver figure has a lot of flash, and isn't very well sculpted or posed. I planned to use something else, and foresaw a lonely exile for Günter here, in the spares box! But I changed my mind, and he's in the cab now (see below). He may not thank me in the long run, as the destination for all this lot is the Ostfront! 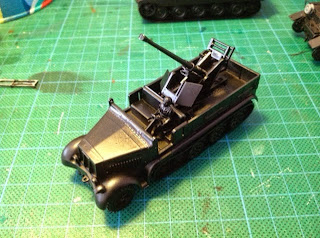 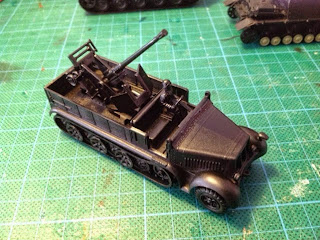