Another great kit from Revell! 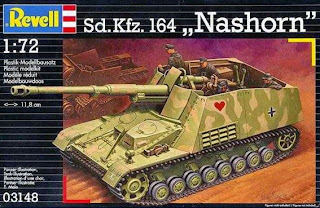 This as yet unfinished kit was built, I think, back in March, but kind of wound up on my 'pending' pile. There are no 'what's in the box?' pics this time (I forgot to take any!). So, it's straight into the build, starting - as usual - with chassis and running gear: 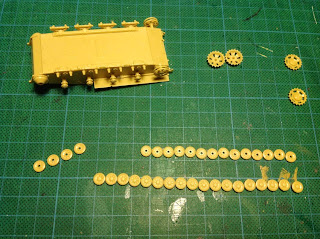 The obsessive/compulsive modeller in me likes to line up the parts as I go through them, cleaning them up ready for assembly! I suspect that one of the attractions to wargaming and modelling as a whole, for me, are the unlimited opportunities for lining up little toy soldiers and other bits and bobs! 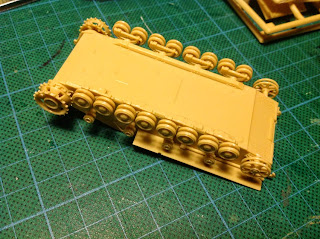 The assembly of the tracks on this occasion was, I feel, noteworthy: these were my third or fourth set of link'n'length tracks. My success with these has been what I like to refer to as 'errotic': pleasurable, but hardly consistent! With this set I felt I finally got the hang of them. Mind you, it did depend on the link'n'length tracks being a decent set. Indeed, the whole of the running-gear needs to be well made by both manufacturer and model-maker if this type of track assembly is to succeed. Fortunately for me, this Revell kit is superb in this respect.

Whereas with the Italeri JagdPanthers I'd added the links and lengths onto the (oft-wonky) wheels one part at at time, here I assembled the various links and lengths into four sub-sections, two for the long top and bottom runs of track, and two for the eight-link curving sections that run around the drive-wheel and idler. These were then placed in position and adjusted, the solvent glue allowing me time to make adjustments in situ, and even leave segments bent away from the running gear, ready to be placed as other segments of track were added. 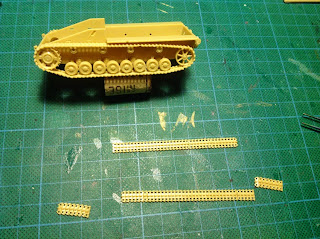 Various bits of link and length assembled in place, and
ready-glued, were then placed into position and adjusted.
This appraoch worked really well on this occasion. [1]

I hope future builds with this type of track can be as smoothly executed! Mind you, it was time-consuming, getting all the links cleaned up, and then lined up, and then gluing them together on the cutting mat before placing them. And there were some parts of the job - in both instances I started with the lower run of track, and began with one set of teeth 'biting' into the track from the drive wheel. This was followed by the two curved sections, each of eight links, and then, finally, the top length.

It was this final top length that proved trickiest, as the track needed to be manoeuvred along under the upper-rear mudguard, and yet pass over the upper-rollers, which had had glue applied to them. In retrospect I guess I should've applied that glue afterwards. As it was the first set - and each of these sets comprised three lengths, pre-glued but still flexible. - went in with no trouble. But the second set kept getting stuck and falling apart. But patience and perseverance paid off. And the result: my best link'n'length tracks to date... so, I'm pleased! 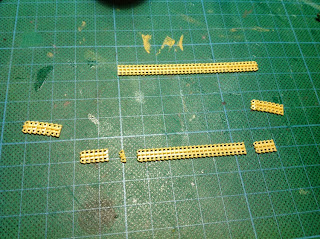 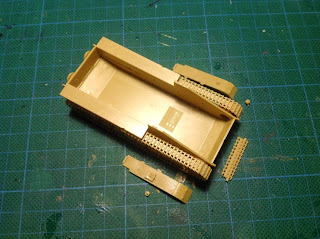 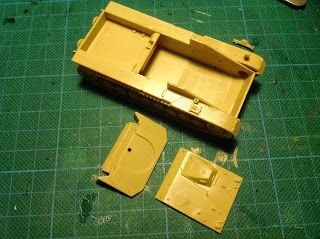 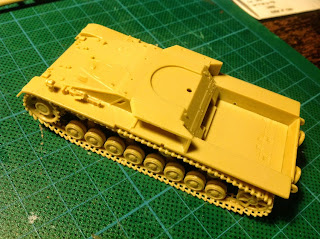 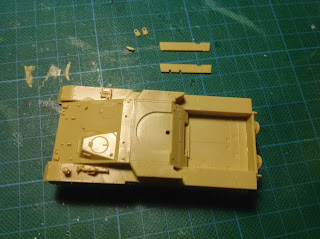 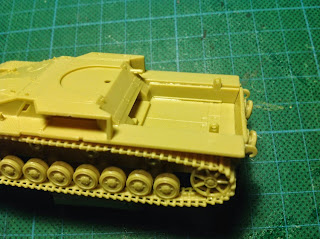 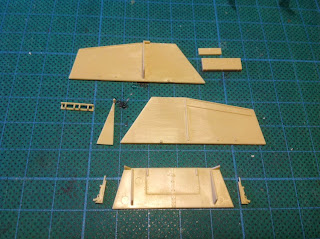 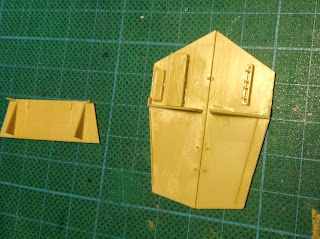 There were a couple of question-marks over exact placement of some parts at this point: one of the supports for the fighting compartment sides and the correct positioning of the MG racks on the rear weren't made 100% clear. I just did them all by eye. 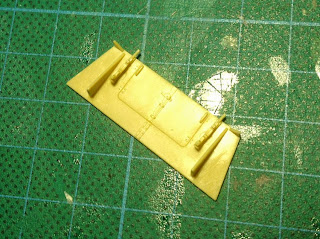 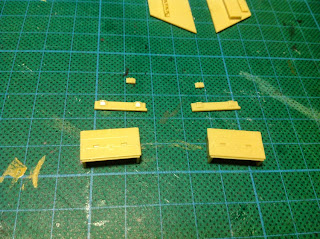 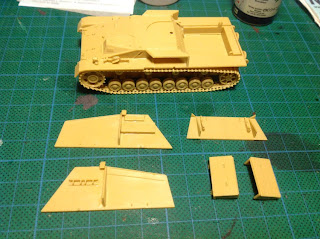 Starting to assemble the gun: fiddly but fun. Went together sooo much better than the Ace Wespe gun! Revell kits generally fir together like a (good) dream. 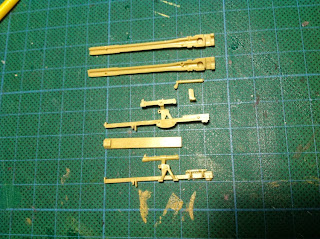 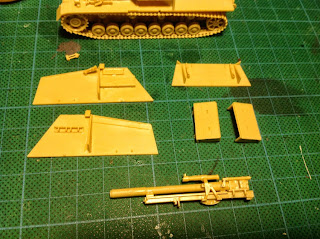 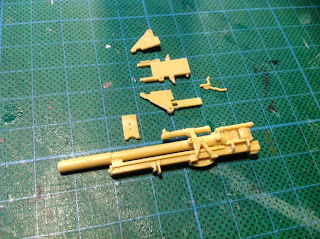 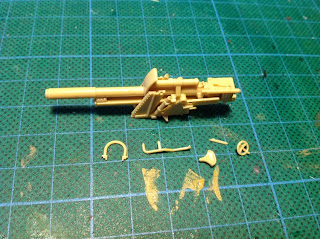 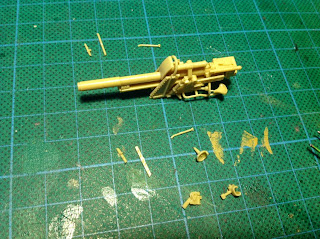 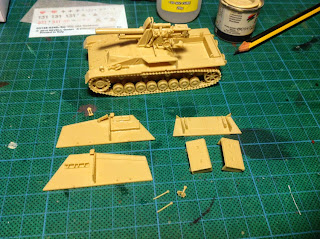 Making a start on painting, with a base-coat in black... 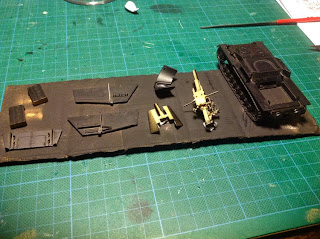 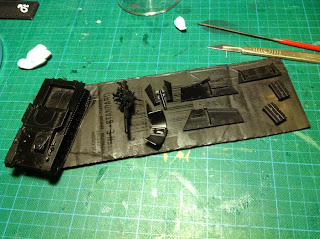 And this as far as I've got with this one at present. It needs plenty of work doing to the fighting compartment, in terms of painting and detailing etc, before I can paint the outside. But I can at least say that it's a beautifully produced model, and tons of fun to assemble. Highly recommended!

In the pics below can also be sen a couple of the other models I was making around the same time, inc. the Milicast 1/76 RSO, an Ace Wespe, and an Attack AufklPz 38 Hetzer 7/5. 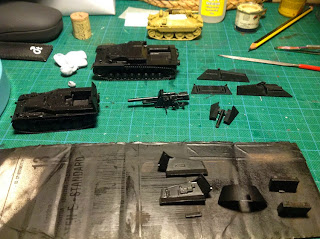 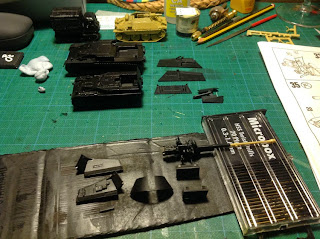 [1] I tried this approach on the second of my Italeri JagdPanther kits, thinking it could possibly fail... but it did, big time!
Posted by Seb Palmer at 12:23