A film with a Napoleonic level of ambition which, like its subject, ultimately - on DVD at least - fails. 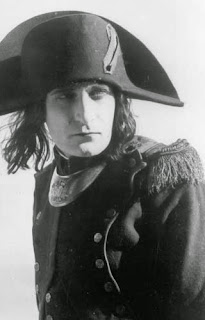 Before I go any further, I ought to point out that this is a review of a DVD version of Abel Gance's Napoleon, not the film itself as it was intended to be seen, i.e. on the big screen (or rather screens), as 'pure cinema'.

It pains me to not to feel able to give a DVD of this historically interesting film an absolute rave review, but the truth is, it was as grandly disappointing as it was heroically ambitious. I spent years reading about and getting excited by the prospect of seeing Abel Gance's Napoleon, and nearly spent a small fortune travelling to Holland a few years back to see it on the big screen(s), having consistently only found out about the rare performances in the UK after they'd been and gone. Having watched it - admittedly only partially thus far - on this DVD, I'm kind of glad I didn't make the trip. 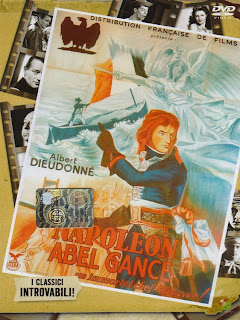 This is the DVD I have (it appears to be
an Italian release).

It's also quite difficult to review this DVD with a simple one-shot rating, as it merits different scores on different fronts. For making this hard to see film - it's hard to see, it turns out, for more than one reason, a point I'll return to soon - relatively easily available, this is undoubtedly a five star product. There's a whole quite fascinating and frustrating ownership (and edition) imbroglio, involving another much more famous director and his family, but I won't go into that here. And there are other further issues, such as the fact that the original film was supposed to be projected, in parts, on three screens (hence the bracketed 's' in the paragraph above!), something this DVD certainly can't deliver. 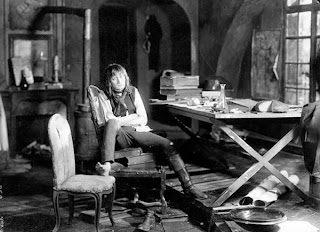 A young moody Napoleon, about to be called
by revolutionary destiny. 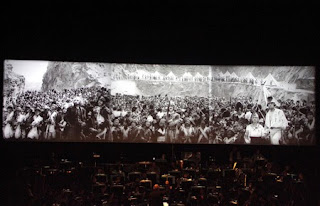 The film being shown on three screens at the 2012
San Francisco Silent Film festival. Looks amazing!


And then, because it was made in the silent era, there's the issue of the soundtrack, and the accompanying music. But anyway, let's get to the film itself: truly Napoleonic in the scale of the directors ambitions - Gance blew the entire budget for a film that was supposed to be about Napoleon's entire life, but ended up only getting as far as his early victories in the Italian campaign of 1796 (during the 1st Coalition, i.e. the very beginning of the Napoleonic Wars) - it is this that I'm ultimately awarding the rather meagre two stars. Gance must have been devastated not to have been able to make the six film epic he had envisioned. I was pretty devastated upon watching this DVD. It was such a disappointment. 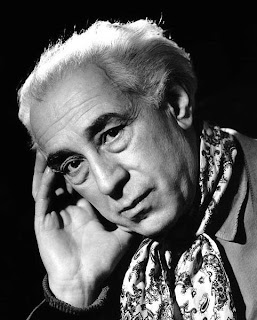 
Ultimately it's because I find the film itself nigh on unwatchable that I score it with just the two stars. Yes, there are loads of iconic moments, and certainly Gance's audacity and ambition merit a five star slap on the back, just for what he attempted. But my problem is this: I'm someone who loves Napoleonic history, and loves film, even inc. some quite experimental or 'alt' films, and yet I haven't been able to watch this all the way through yet, despite making several attempts.

Looks like the little corporal is in a jam here... 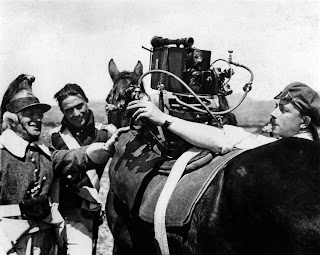 A cavalryman gives up his mount to a camera.


If you read about the film, as I'd done a fair bit of before finally seeing it, you'll learn that Gance was an inventive and innovative, as well as an economically unrealistic and overambitious film-maker. Again, I won't go into detail, all this stuff can be read plentifully elsewhere, e.g on Wikipedia, and probably on other reviews here; über fan Kevin Brownlow has even written a whole book about the film.

But if the film is just too difficult to watch - some parts are watchable enough, if rather quaintly dated, like the snowball fight at Brienne - due to multiple images and constant fast-cutting (modern pop videos didn't invent such techniques!), and the like, then it fails in a way that reminds me of the headache-inducing effects of William Burroughs most experimental 'cut-up' writings.

Are these three images, shown on separate screens at
the recent Dutch screening, superimposed on the DVD?


But... perhaps some of this is a result of the films three separate images - intended, possibly, to be shown on the three different screens? - being superimposed on the one (TV) screen simultaneously? Can anyone clarify this for me? If so, then this DVD transfer does real harm to the viewing experience.

Despite such laudable attempts as this, Napoleon has not been well served in the medium of film - Stanley Kubrick's abandoned project, or even Thomas Hardy's unstageable play (The Dynasts), both represent the problems of bringing his life and times to life - making for a striking contrast with the vast and seemingly forever fecund literature on the man and the history he helped shape.

I am determined that to watch the whole film through, at some point. And perhaps if I manage that I'll amend the two-star rating I gave it over at Amazon UK. But for now, both that review and this one are a testimony to my disappointment. I won't be at all surprised if there are many fans of this film who strongly disagree with me, but I can only speak for myself.

Napoleon surveys his encamped Italian army.
What a great still!


As a resource from which to mine fantastic photographs, however, Napoleon remains a great success, as I hope some of the accompanying pics I've posted attest. Indeed, looking at these makes me want to try watching the film again. If anyone reading this has seen the film as it's supposed to be shown - three projectors/screens, live music. etc. - please let me know what you thought of the experience. Perhaps I should've spent the money and made that trip to Holland? 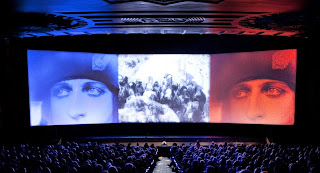 This is a pic from the Dutch screening...
OK, now I really wish I had gone! 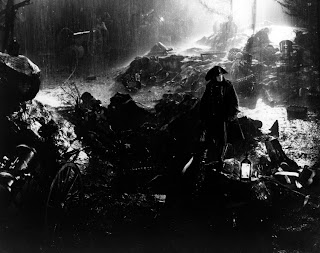 Another amazing still from the film. 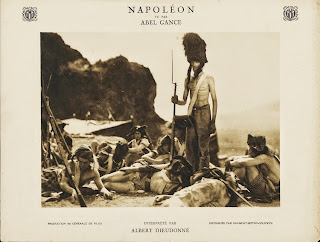 What a fantastic picture!

I'm presuming this final image depicts representatives of the Army of Italy, looking malnourished and ill-equipped - but incredibly wild and cool! - before Boney turned their fortunes (and, if only temporarily, those of France) right around.

For those interested in the more recent cinematic restorations, there's an article online, here, where Kevin Brownlow - the aforementioned überfan, and also the key restorer of the film - and composer Carl Davis - who provided a score - are interviewed for the Guardian.

There's also a version doing the rounds, DVD-wise at least, that features an OST by Francis Ford Coppola's father, Carmine Coppola. I can't determine which mine is, as yet, as there's no info regarding the soundtrack on the DVD box or disc itself, and I don't know either score well enough to identify it purely sonically! 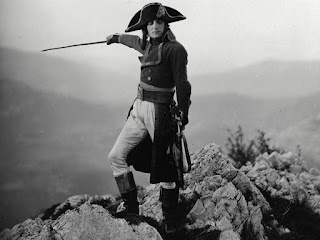 POSTSCRIPT (May 2017) - Since originally writing this review I've twice tried to watch this film again. And both times failed. I think most of the problem is seeing what is meant to be seen on three large screens on just one quite small one. Hmmm?!? I will try again, I reckon. But perhaps I need to see it as it was meant to be seen? If anyone hears of a screening of the film, please drop me a line! 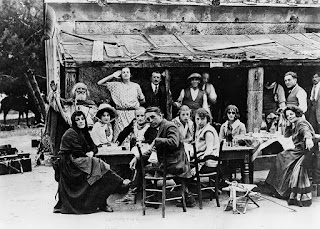 Gance and crew take a break on the set.