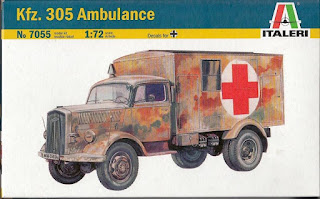 Part II of the build of this model.
Ok, so here's a follow up to my recent archival report on an Opel Ambulance Build in 1/72. All of this second post still pertains to the original build, way back at the beginning of the year, during which I started detailing the interior of the ambulance body. In a third post, due soon, I'll be finishing the model with paint and decals.
I left off the last post having blocked in some colours for the interior of the cab. Having done quite a few similar builds I felt I was wasting time doing fairly detailed interiors, which wound up nigh on invisible. So I decided to keep this simple. Block colours, no shading, and very little detail. 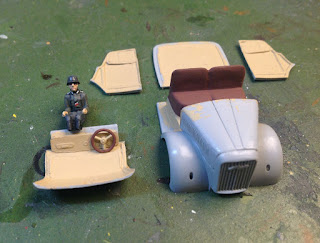 Introducing a driver figure. Keeping it all very simple. 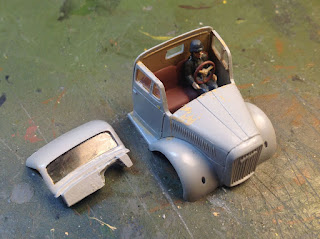 Starting to put the glazed cab together. 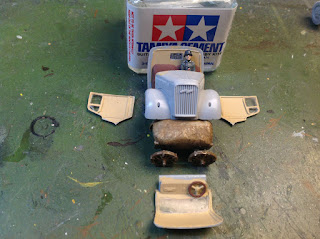 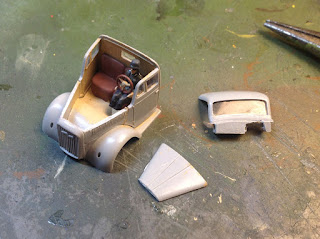 ... and dashboard?
Cab more or less completed, next thing was to fix it to the chassis. 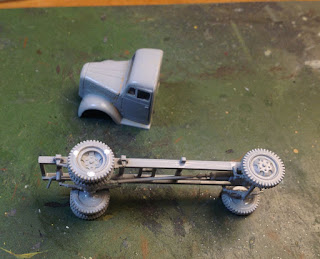 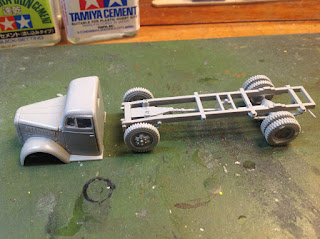 ... er, that should be fixed to the chassis by now!?
At this stage I decided that, like the British ambulance I built a long while back, this should have opening rear doors and an interior with some detailing/interest. Finding contemporary wartime ref of original German vehicles where the interior was visible seemed nigh on impossible. The image below was the best I could do at the time. 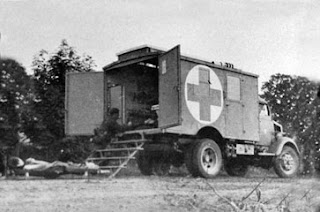 The only view into the interior I could find; poor and limited. 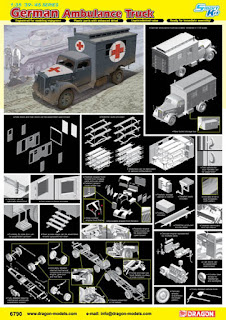 So I wound up referring to this.
In the end I was forced to look at assembly or parts images from 1/35 models, such as the Dragon stuff shown above. More recently I got a load of modelling mags, one of which has a Maultier ambulance with detailed interior as a featured build. That'll be a great help when I get round to finishing the interior, in the third and hopefully final part of this extended build! 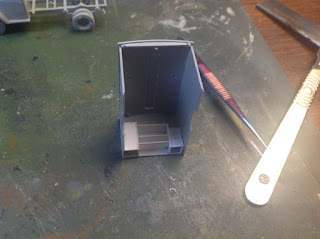 Started adding detail to the interior of the ambulance body. 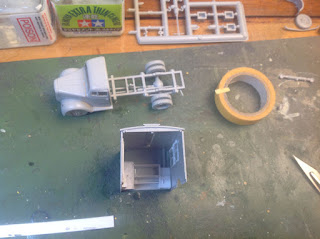 I should've done this before putting the body together!
It's not going to be anything too great, I can see that. Especially since I decided to go down this rabbit-hole after putting the ambulance 'office' space together. Adding detail - and painting it, for that matter - would've been a lot easier whilst this whole assembly remained as separate parts. They say you learn from your mistakes. That's why I make so many... I'm keen to learn!
Posted by Seb Palmer at 00:04