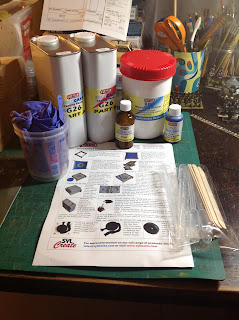 I found an excellent reference resource, here: TM E9-369A: German 88-mm Antiaircraft Gun Materiel (Technical Manual, War Department, June 29, 1943). Here are some screenshots from this online document that show the erdpfahl, and how/where they were located and used. 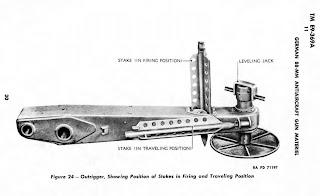 A kind of two in one picture. 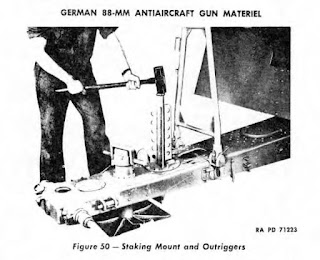 The figure gives scale; the stakes are big!

I'm assuming that there are four stakes. But the imagery I've seen thus far is not clear re how they're stowed. Several images suggest that they're not stored one per leg, as you might expect. I'll consult my Haynes manual again, and the photos I took at Muckleborough, to see if I can clarify. Oh, and I can look at the Zvezda kit, as I believe there are some on that.

Anyroad, I think these erdpfahl doodads will be my inaugural resin-casting experiment. I might also do some ammo rounds, both spent shell cases and live rounds, and the containers they come in. The latter were either individual metal canisters or the three-round wicker boxes, as pictured below. 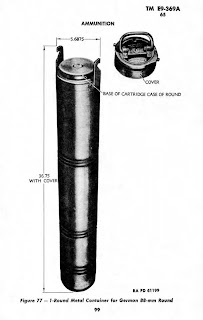 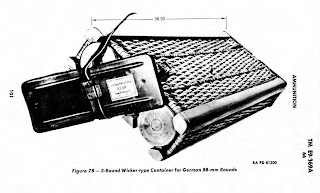 Sylmasta have a video on YouTube that shows how to use their kit: