I don't know why, but I felt I had to go to Partizan today. Teresa didn't come with me this time, alas. And it was such a nice day for a spin up the A1 with the top down! The sun shining brightly, it felt like a proper little holiday jaunt. 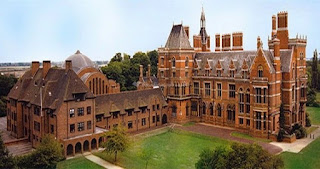 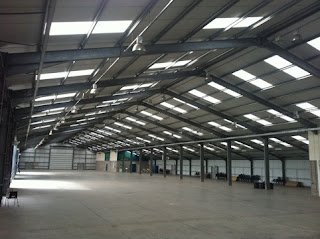 I was intrigued to see what the change from Kelham Hall would feel like (I never went to the show when they had it in tents!), and was unsurprised to find that - despite the worthy invocation of a Victorian giant - the George Stephenson Exhibition Hall was just another characterless marketing shed. But, on t'other hand, it is a more practical and better lit space. What a pity we can't have both character and adequate lighting! Surely it must be possible?

I got there early enough to enjoy queuing for about 15 mins, and to bag the commemorative figure - a miniature steampunk (that theme again!) Stephenson. Frankly I'd have preferred him without the steampunk overlay.

The show seemed well attended, and there were plenty of traders and games. I must confess I didn't think the games were all up to the old aesthetic standards of some previous Partizans.
And there weren't enough Napoleonic games for this old grognard. I think I saw just three: one naval, one very small skirmish game (Sharp - or is it Sharpe? - Practice), and one in which Austrians troops were, rather unusually, fighting their old allies, the Rooshians. 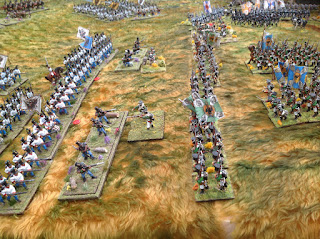 Austrians vs. Russians on the teddy-bear-fur Steppes.

It was nice to see these two reliably recurrent antagonists of the French slugging it out with each other for a change, in what I assumed must be a Russia 1812 scenario.
I assumed this for two reasons: the only time this happened, I believe, was when Schwarzenberg's Austrians formed the Grand Armée's southern flank, and had some run-ins with the Russians in their sector; oh, and there was one of those onion-domed Russian Orthodox churches. 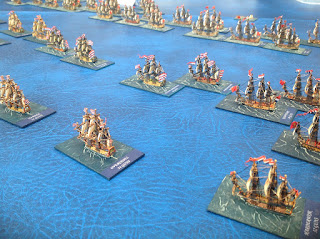 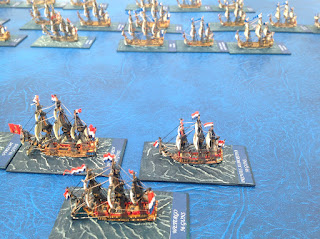 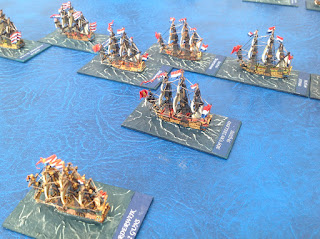 There were some other interesting looking games, but I didn't get as snap-happy at this show as I usually do. One of my favourite tables, from a purely visual point of view, was probably the 1666 Anglo-Dutch naval battle. The 'scenery' element was perhaps a little too basic for my tastes, but the sheer quantity of miniature fighting ships was a delightful sight. 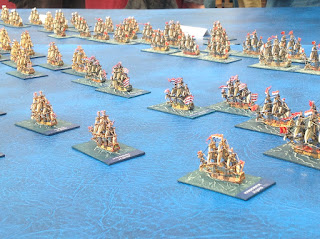 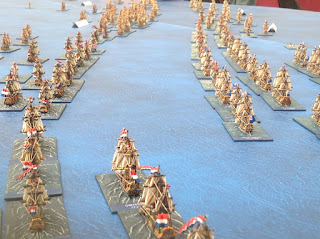 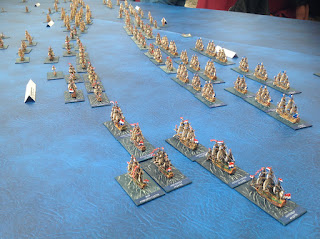 As an aside, with reference to the above six pics: By and large I try and avoid getting sucked into new areas of wargaming interest. Potentially every book or film or whatever it might be can spark a desire to buy another army in another era.
At present I'm confining myself to Napoleonics and WWII (with the ACW lurking in the background!). But I have to say that when I recently listened to an audiobook of extracts from Samuel Pepys' diaries I found it hard to resist the idea of getting all marine and 17th Century. Nautical but nice, as I like to say! 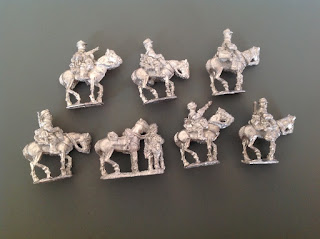 Above and below, SS cavalry, 1/72 by Britannia Miniatures [1]. I love these guys! 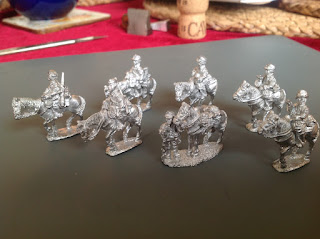 Due to limited funds figure purchases were severely restricted. There's another figure in this set, toting a panzerschreck. But they didn't have any (unpainted), alas.

I had second thoughts about going along to Partizan all, both 'cause I'd be on me lonesome, and 'cause our attempts to buy a home mean funds are severely limited.
In the end I only bought two 1/72 WWII German tank kits (an Italeri Hetzer and a Fujimi Tiger I), a nice little group of mounted SS WWII German Cavalry (both these lots from Grubby Tanks/Britannia Miniatures), a magnifying-visor for painting (Barwell Bodyworks), and a biography of Baron Larrey from David Lanchester. 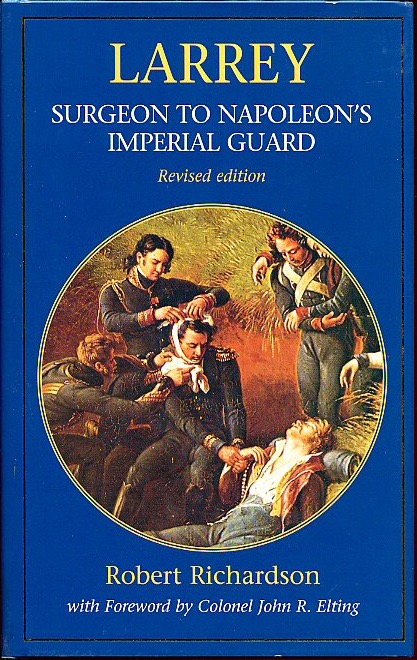 The Baron bandages a biffed bonce, in a detail from Lejeune's fab Borodino painting.

Despite only stopping at the show for a measly two hours, I had fun - except for the moment when I nearly fainted! [2] - and came away with stuff that's both useful and enjoyable.
I had wondered if any bloggers might meet up at the show, as they do at Salute, but I only got wind of such a meeting when I got home afterwards and googled the subject... Doh!

[1] I realise now that some of the WWII Germans of unknown manufacturer origin in my recent previous posts - the rather dynamically posed if somewhat chunky and oddly proportioned white metal nebelwerfer crew, to be precise - are Britannia figures.

[2] It was the price of ... no, I can't lie... it was purely and simply that I'm apparently inexorably evolving into the archetypical overweight unfit wargamer! The fare they served up at the Bistro didn't exactly help me wage war on my waistline. Oh no, it was more like reinforcements!
Posted by Seb Palmer at 21:56