It turns out that with this post I discovered my original chronology (see previous post) is probably all wrong. I thought I got back into wargaming aged 40, during 2012. But it appears I went to Sheffield Triples and The Leeds Armoury in May 2011. Hmmm!? Perhaps at that stage I was still in the 'limbering up' phase?

Anyway, I though I'd share a few of my better pics from that visit. Unfortunately the model is under glass, my camera isn't very good, and flash photography isn't allowed. I've had to adjust the brightness and contrast on most of these, and I've only picked some of the better images (in term of focus, etc.). Actually the slightly out of focus nature of some of them adds a bit to the look of the 'fog of war', I reckon.

So, here they are: 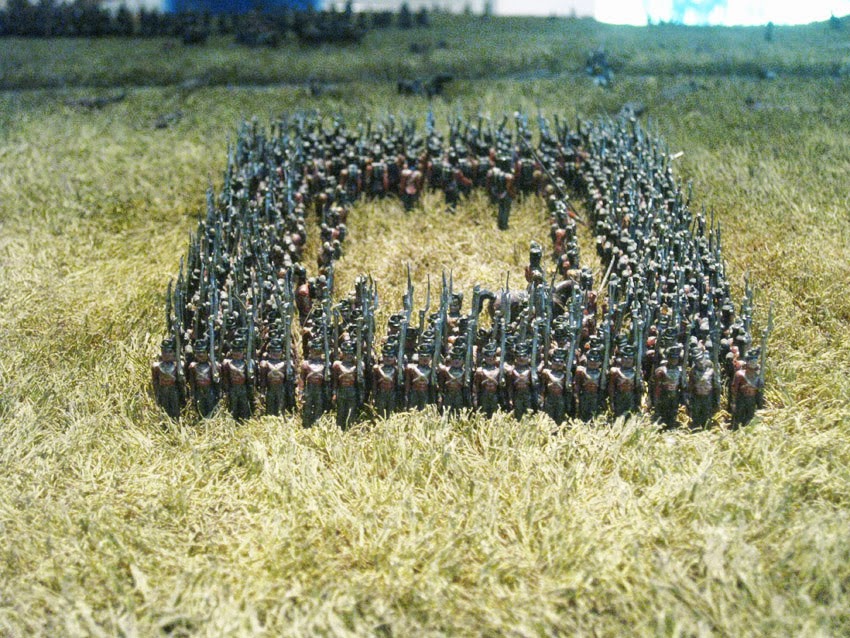 A British square, hunkered down amidst the corn. I can't recall what Siborne's figure ratios were, but the square looks pretty well stocked and cool. 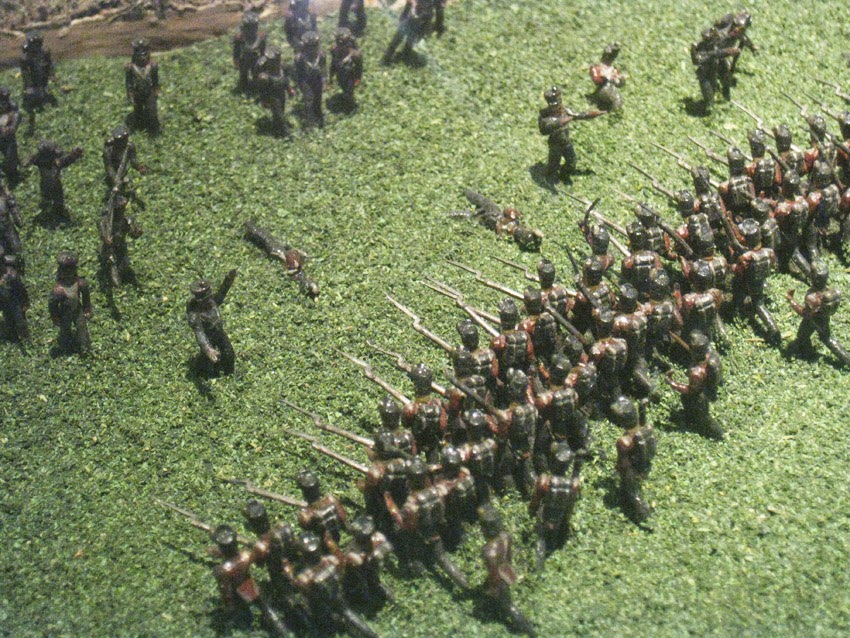 A view from the British side of the field, looking south towards a ragged French infantry unit, falling under fire from the 'thin red line'. 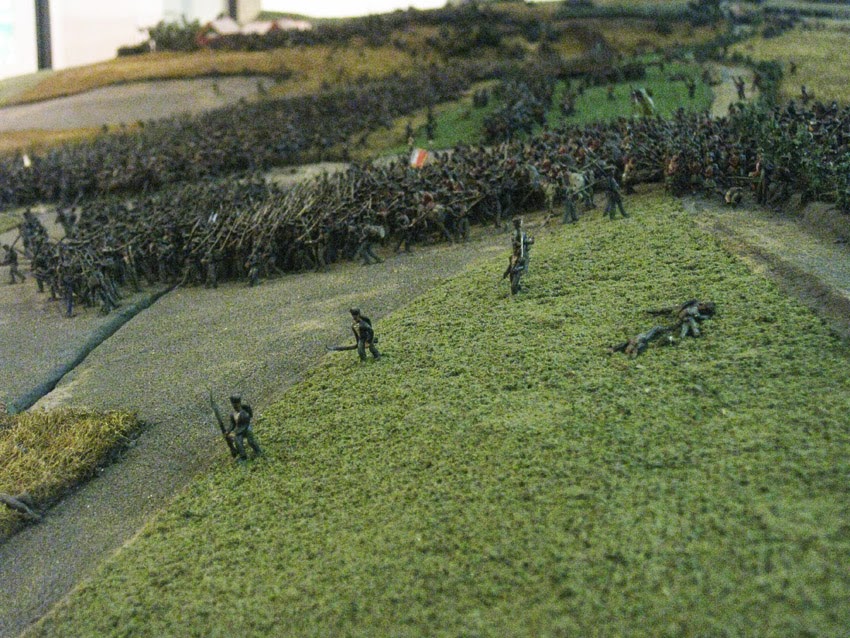 Even Siborne's 'small model' has huge numbers of figure deployed. Here we can see the massed French battalions, at left and centre, cresting the rise and coming into contact with the British, who are on the right of the picture. The masses of figures look terrific, and the effect of the few stragglers and dead/wounded, in the foreground space, is great too, making an effective contrast. 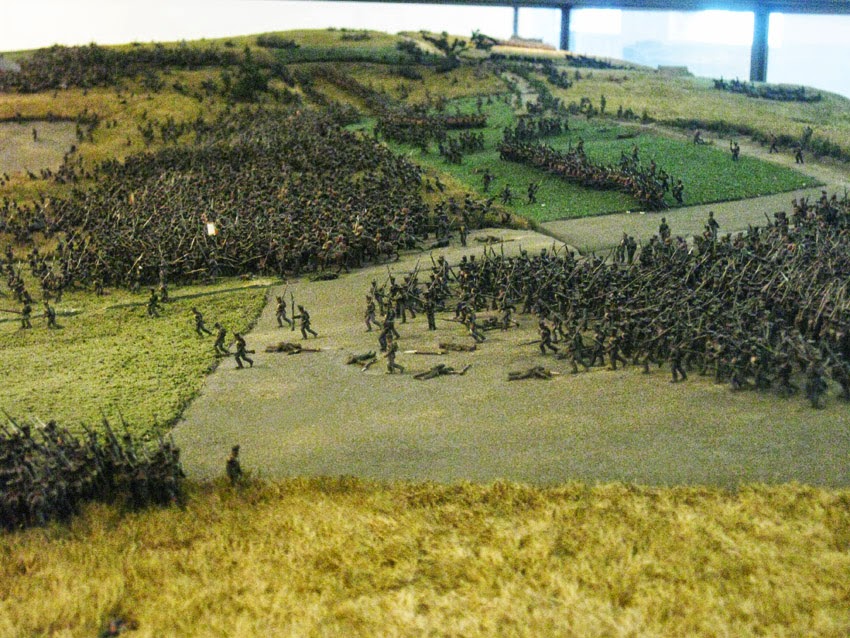 A slightly different angle on what may be the same masses pictured above. When I get a chance I'll find out exactly which units are depicted. 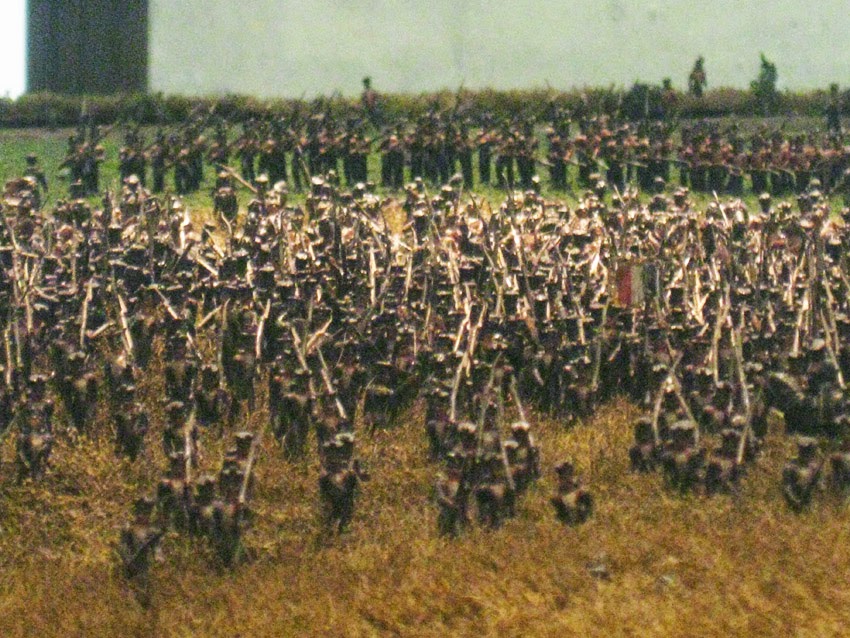 I love this picture! I like it so much it's currently the background picture for the title of this blog. Okay, it's not crystal clear, but doesn't that just capture the 'fog of war' feel? with a little Photoshop tinkering to the background this could be made to look like a pretty convincing 'contemporary photograph' of the battle... taken before photography had even arrived! 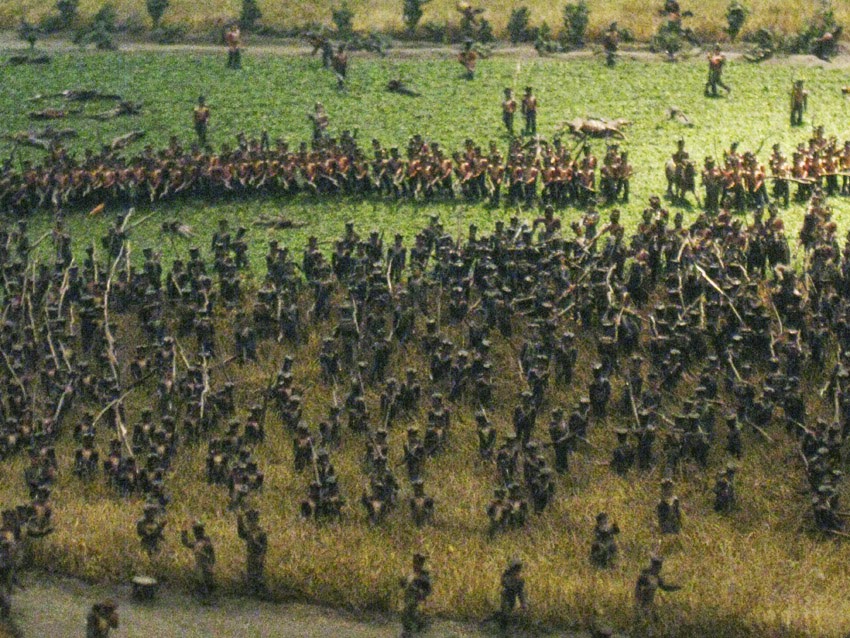 A slightly more aerial view of the same rather ragged French advance. 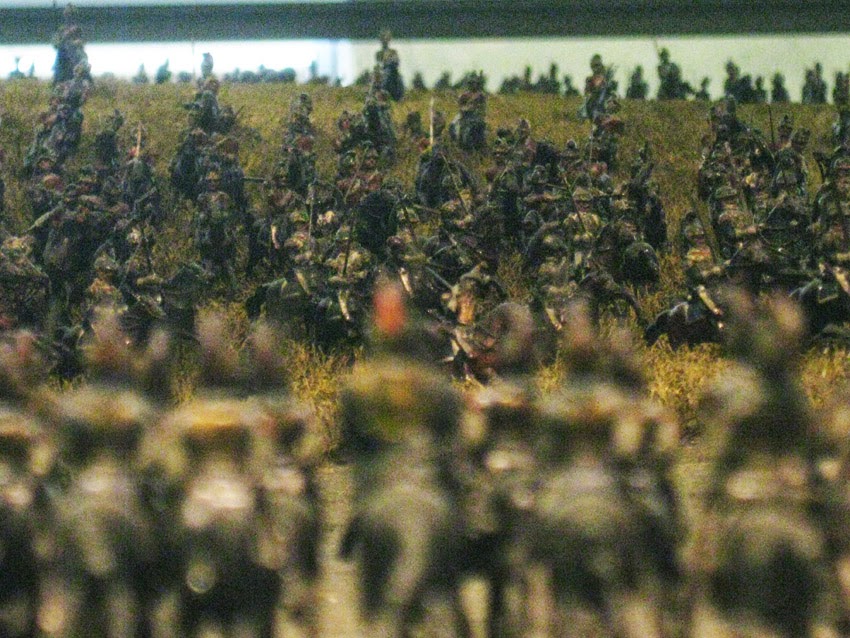 Again, admittedly not the crispest photograph ever taken, but I do like the effect of the out of focus foreground cavalry (I think they may be French Carabiniers), set against the slightly more in-focus cavalry descending the sloped cornfield in the background. I really must find out who's who in these pics. Are the approaching cavalry retreating French Cuirassiers, or are they part of the British Household & Union Cavalry Brigades? 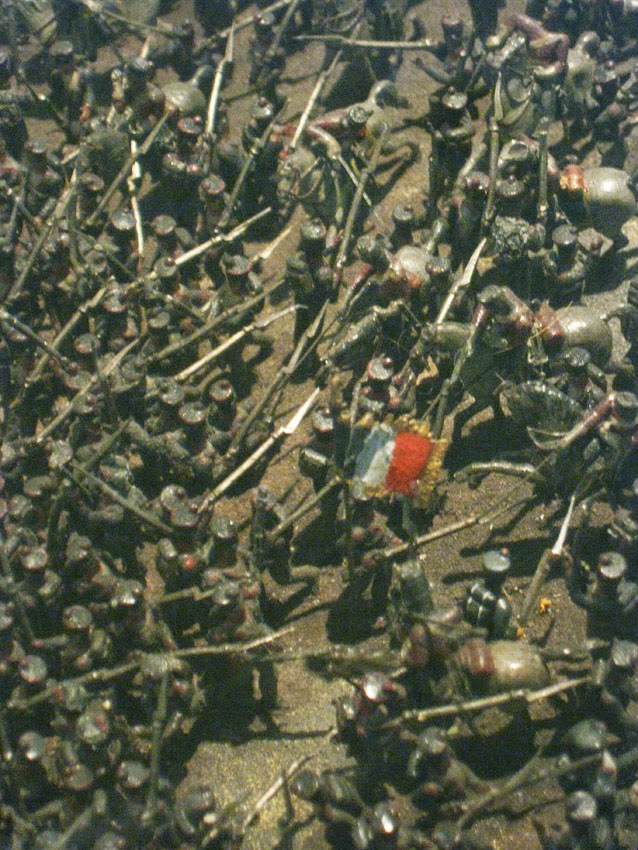 And finally, a close-up view of some melee action: this could well be where Sergeant Charles Ewart captured a French eagle, as there's a French infantry unit, with it's flag in the centre, and some cavalry that look like the Scots Greys wading in amongst them from the right.

I haven't the time now to do this, but I will return and edit this post once I get the info on exact units and positions depicted, and I may add some other pics as well.

I'll also update this post with more on Captain Siborne, and the sad tale of his efforts to build what should rightly be considered national treasures, but have in fact - although now both have found decent homes - suffered much neglect. He also made a Borodino diorama: being a bigger Russia 1812 nut than a Waterloo one... oh how I wish that had come down to us!

Recommended reading on the subject: