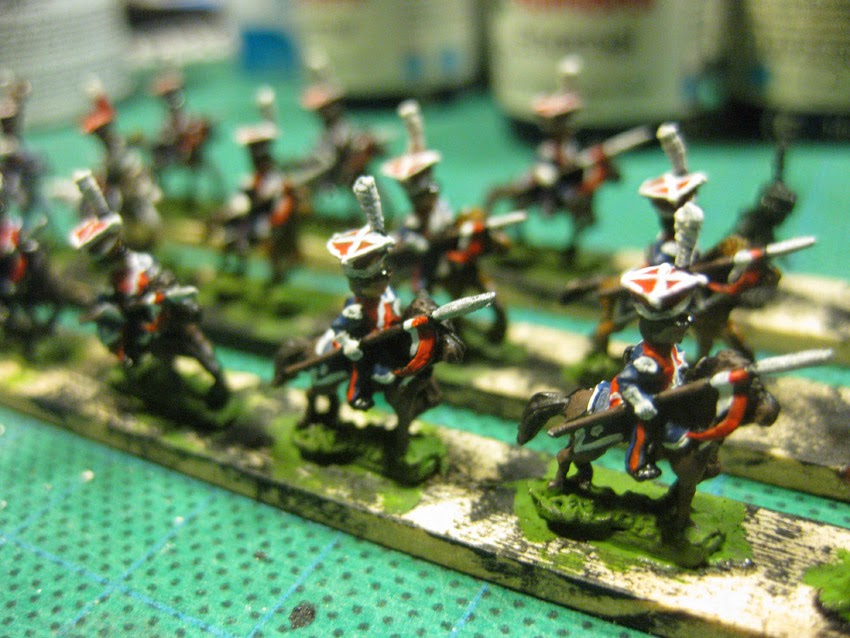 This post pretty much brings me up to date, as I've only just popped these back on the shelves after (more or less) finishing the painting.

As a perfectionist seeing them enlarged like they are in the following pics is a bit disturbing for me, as they look quite clumsily painted, to my eyes. But seeing them en-masse I feel less disappointed. I think once they're based up, I'll be as happy as I can reasonably expect to be! 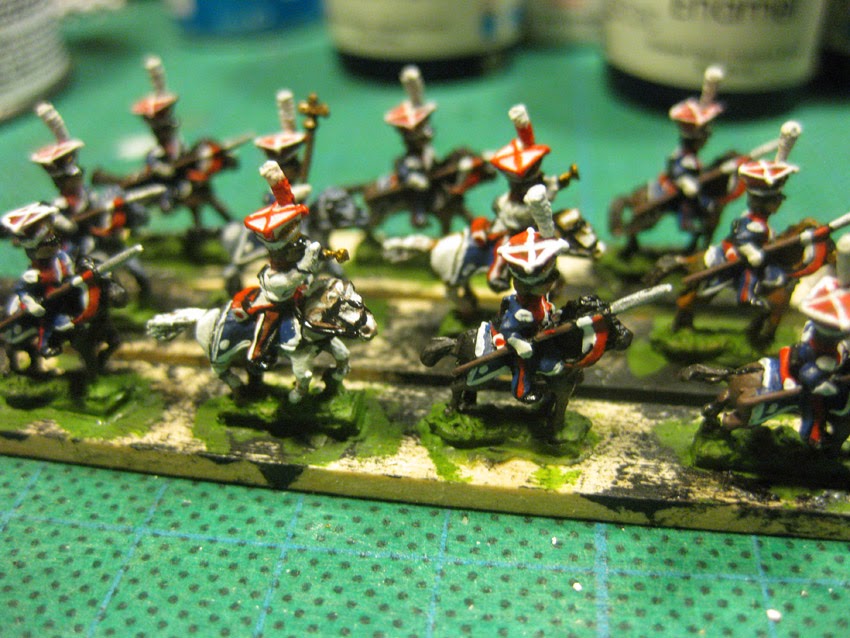 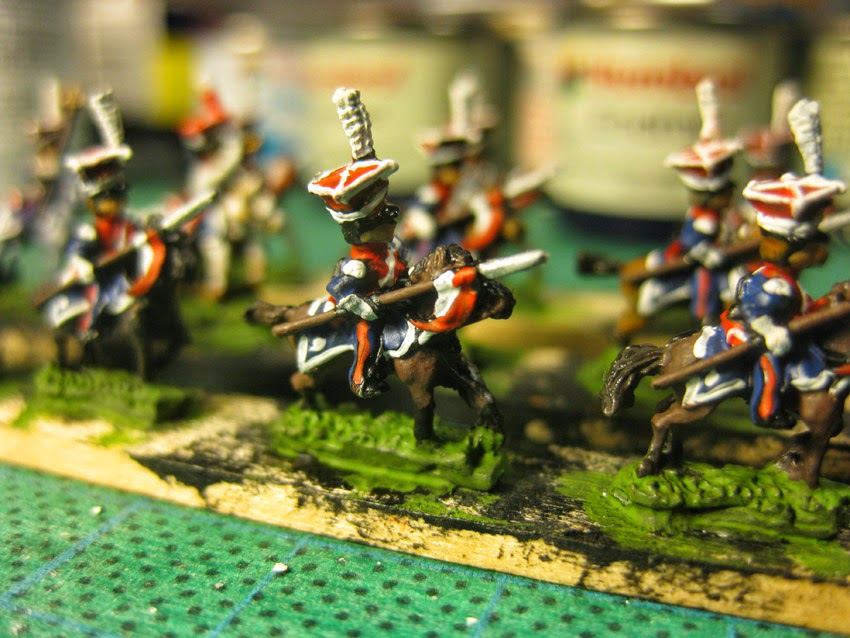 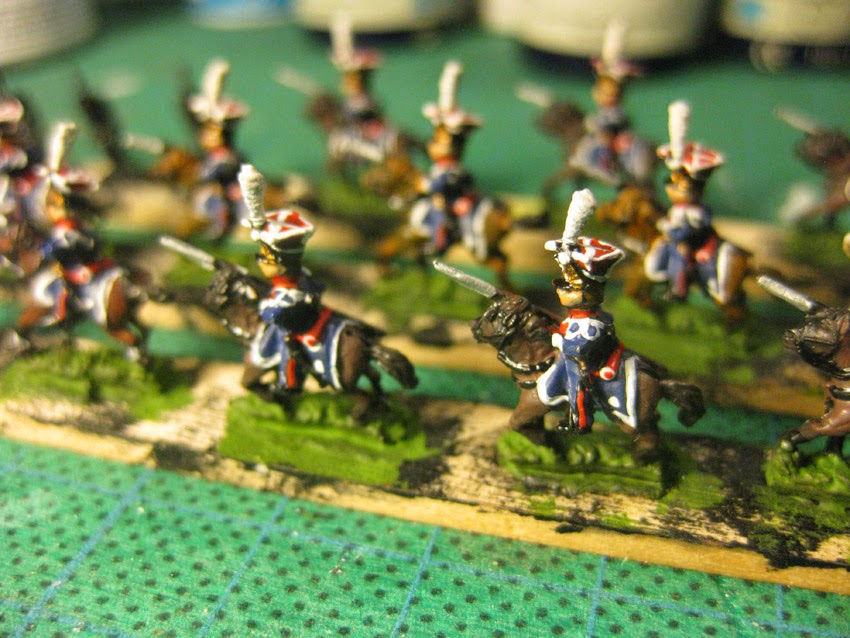 I'm going for quite a big regiment, of four squadrons of eight. I've painted them on their respective different coloured horses, but with a few more generally brown horses to reflect a non-parade ground on-campaign type effect. But the Polish lancers are such a beautifully uniformed unit that I wanted them looking as nice as my current skills would allow. 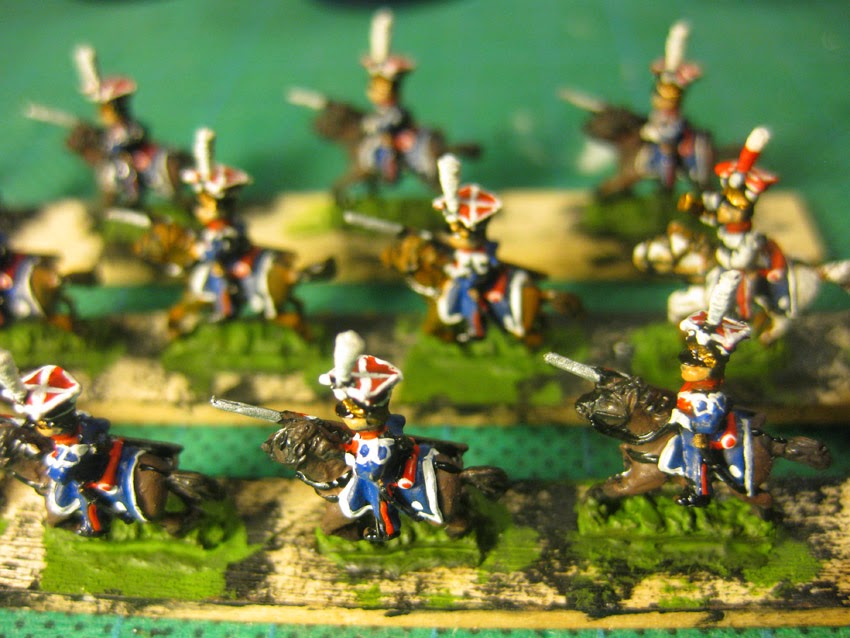 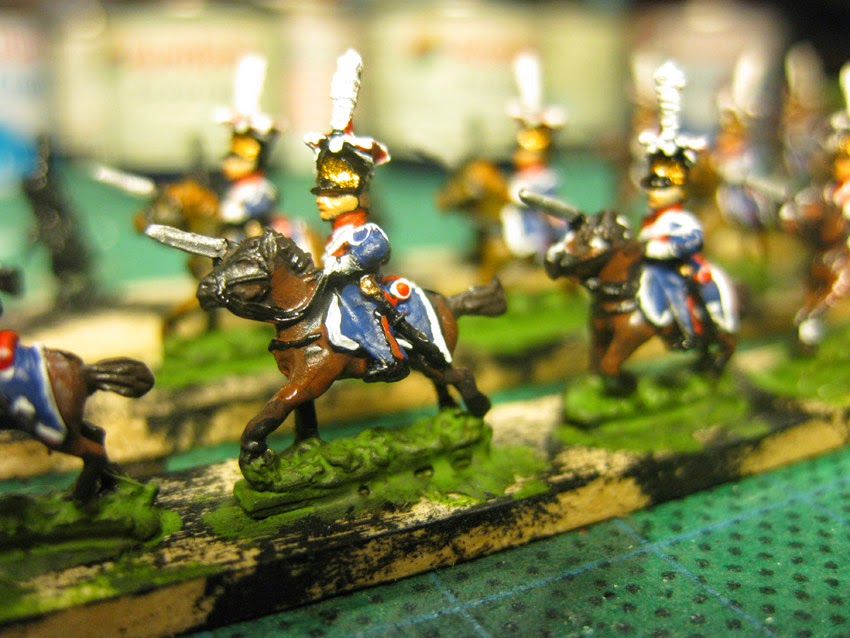 I used all my current uniform ref. for these, which at present includes (aside form the web, of course) the Funcken volumes, Rousselot's book, and the single volume Napoleon's Cavalry, which collates the Osprey Men-at-Arms volumes by Bukhari and McBride. 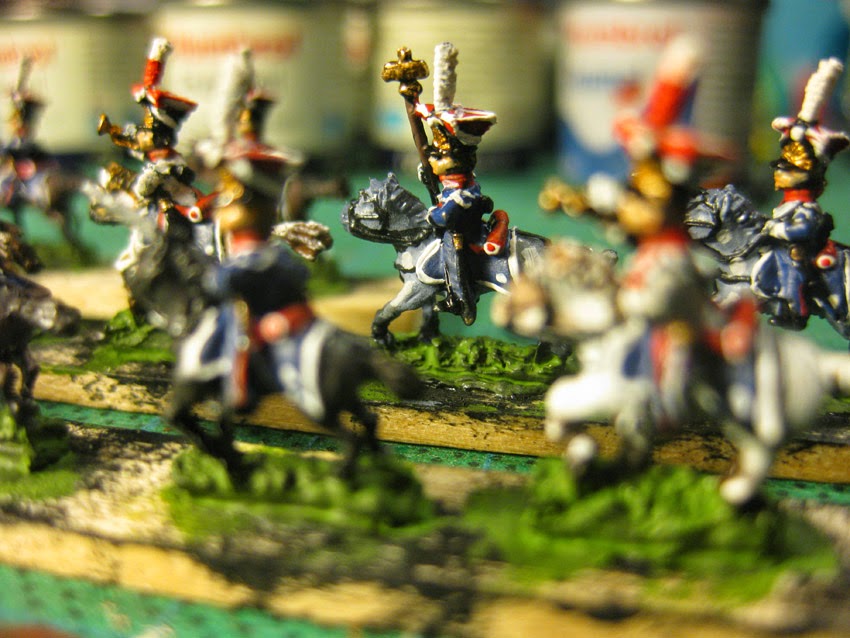 I've currently got one standard-bearer, two trumpeters, and the remainder are all troopers. Adler don't appear to have a separate office figure, or at least I wasn't given any when I bought these. Ideally I'd like an officer and trumpeter in each squadron, for the look of it. But we'll see bout that. As they're not 100% finished or based yet, I can cogitate on that!