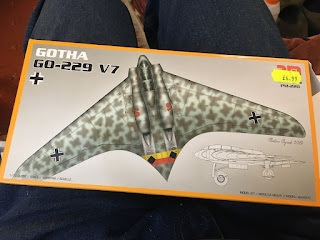 Wow! My first model build in absolutely aeons. And this is actually already old news. As I did this several months ago now. Just didn’t get round to posting it.

One might’ve thought with Covid and lockdowns and all that that I might be doing more mini-military stuff. But the opposite has been the case. What came to pass instead was mostly either home DIY type stuff, or pure ‘r’n’r’. And then work, as things slowly returned to normal . It’s all been kind of weird, frankly!

Most of my more recent if infrequent posts have been book reviews, but even the reading has tailed off somewhat. And I really do want to get back into building models and painting and basing wargaming armies.

I ‘recently’ made a pilgrimage - I actually forget when this happened now - to a newly opened model shop in Hinckley, Leicestershire. It was a pretty major disappointment, to be honest. 1/72 WWII is my thing, and land warfare more than planes. The shop, MCC, had an incredibly small selection of 1/72. And what little WWII stuff they had I have already bought/built.

But I didn’t want the nigh on four hours travelling, esp’ with the hyper-inflated cost of the fuel, to be a total waste. So I wound up buying some PM 1/72 aeroplane kits. PM are Turkish. I’m not sure I’ve seen, never mind built, a PM kit afore? They’re cheap, and rather basic!

Like many interested in WWII from a military history buff type perspective, I find the Horten brothers’ jet projects utterly fascinating. So it was great - having wanted to buy but not feeling I could afford the super/detailed Houkai-Morai kit (see this post!) - to find two PM variants I could afford.

I was a bit confused initially, by the misnomer of the packaging, which names these airframes Gotha Go-229. It’s a bit anoraky, but the proper designation is Horten Ho-229. Gotha we’re simply a firm with a bigger manufacturing capacity than the cottage industry of the Hortens and their crew.

Anyway, I’ve been building this model. And, as mentioned above. It’s super basic! I was tempted to leave it as is. But after looking into it, I realised that this particular kit, a V7 variant, is a type that was never even actually built; a two-seater trainer.

As I looked into it, and thought about getting some reference material - Valiant Wings do what looks to be an excellent title on it (I reckon I’ll get that!) - I decided I had to detail the cockpit interior. I’ll do one or two other very minor things as well, such as holes on the ‘nose cones’ of the rocket, and possibly turbine fans or slats, or whatever they are…

Not sure if I’ll do the landing gear up or down!? But one of the chief attractions of these flying machines is their sleek looks. So whichever I choose, I’m looking forward to doing the painting and decals, etc. 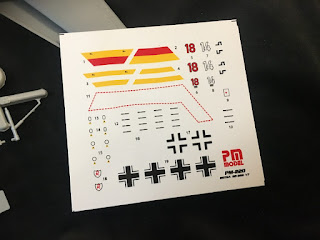 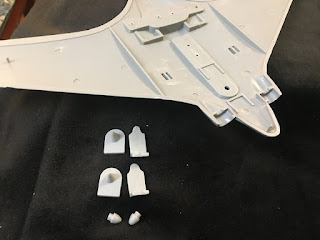 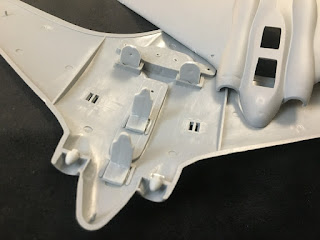 As you can see, super basic!
As these pics attest, this is a very basic kit. Hence deciding to jazz up the cockpit interior. 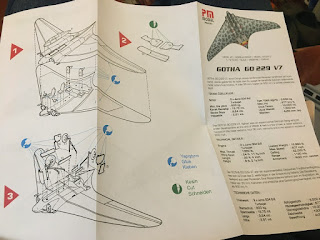 I’ll leave this post here for now. As a ‘part one’ of a little series. I’ve already done enough to do a ‘part two’ post. And then the build stalled! Partly due to other stuff taking over, partly due to a bout of illness.