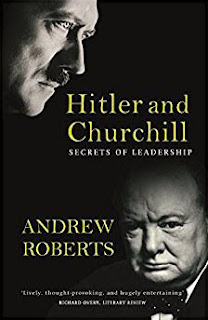 Subtitled 'Secrets of Leadership', this book grew, I believe, out of a radio programme of the same title Roberts produced for the BBC. It's an excellent book: an easy yet compelling read, in just over 200 pages Roberts uses that old 'compare and contrast' m.o. to examine these two Titans of 20th C. history. 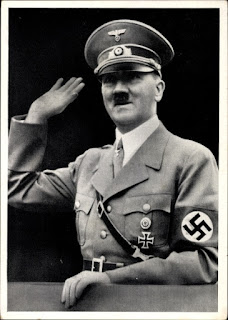 Both Hitler and Churchill... 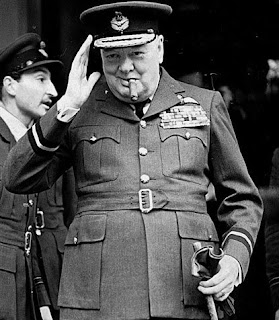 This is the first of Roberts' books I've read in which his Tory position is made quite so plain, as he refers very disparagingly to liberals and the left, and their ideas, in a manner bordering at times on glib. Interestingly, however, whilst he's still an ardent Tory, Roberts' views on some issues appear to have evolved since this was written (2003); if you'd only read this book, you might find his later book Napoleon the Great somewhat surprising.

However, if the above sound like the potential criticisms they indeed are, nevertheless, this book remains an excellent and by and large very balanced examination of its complex, fascinating and difficult subjects. And what compelling subjects they are! 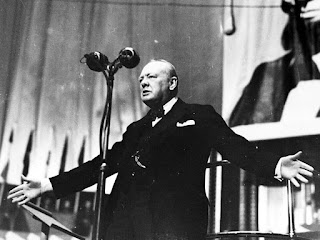 Both were powerful orators, capable of inspiring... 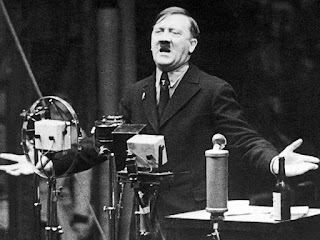 ... who knew the power and drama of rhetoric.

Having said this, there is a slight (other reviews I've read prefer to say an extreme) imbalance, and in more than one way, in that the book not only gives Churchill more column space, ending with a study on how he's been perceived since his passing, but also falls in step with the vast majority of post WWII literature on the two men, in its fulsome praise of Churchill and sometimes crowing dismissals of Hitler.

But when the case is argued as eloquently and convincingly as Roberts does here, it's hard to disagree. And, in broad brushstroke terms, I personally don't. Nor is this book purely or simply Churchill hagiography vs Hitler as fall-guy punchbag. The failings of the former, and the strengths of the latter are examined. 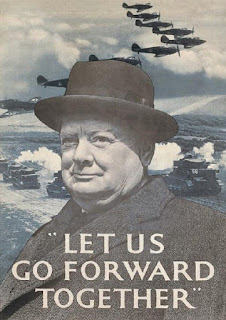 Both understood the power ... 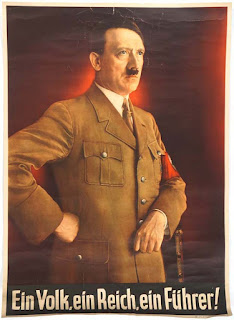 Roberts says very early in his book that he separates Hitler and Churchill by describing the former as a charismatic leader, and the latter as inspirational. To learn what what he means by that might require that you read this book. I'd highly recommend that you do.

A fascinating polemic which, despite not sharing the authors' politics, I thoroughly enjoyed reading.
Posted by Seb Palmer at 19:25