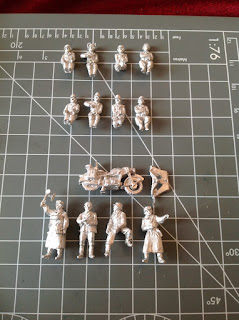 I didn't buy many figures this year. The only Wargaming figures I picked up were these 20mm AB Germans. 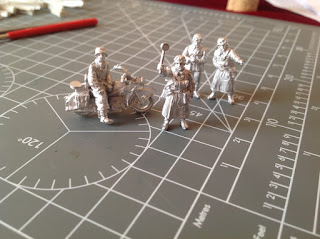 Sir Antony of Barton sure knows how to sculpt! These guys look so natural. I love 'em. Gluing the bike together was a pain tho'. Oh how I hate cyano-acrolite glue!

This isn't really a show report, as such. I'm never thorough enough at a show to really attempt such a thing as that! I'm far too lazy, and narrowly focussed, as well. On that front, I have to confess I was somewhat alarum'd and diffappointed at the theme of this years show: Steampunk.

My stalwart wife came along again, and I have to say that there were noticeably more women at this years show, mostly tagging along with men, but a few, astonishingly, by themselves, and some, even more surprisingly, apparently into it all on their own account. I mean, there was even a lady with a stand specialising in female wargaming figures, and not your usual 'tits oot' varieties either! 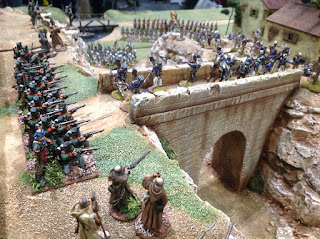 This Peninsular game - The Battle of Adrados (1811) - was quite something: beautiful 40mm figures on a stunning terrain. 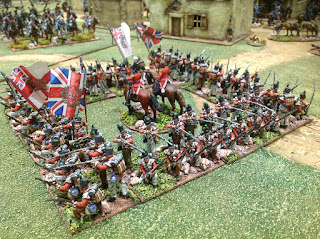 Now it is possible that the noticeable (and welcome, I'd say) increase in a sisterly presence was in part due to this years theme. I can only say, in my ornery curmudgeonly way, that I have more of a rear-view mirror vibe. I'll explain: I'm really far more interested in historical gaming, and even there, my narrow focus means I only really find stuff interesting if it lies between the Napoleonic era and WWII.

That period to me represents - and I haven't really ever sat down and thought this through, so I might be talking out of my fundament - the most interesting combo of large scale engagements, interesting uniforms and equipment, and the best of strategic and tactical interest: I'm occasionally quite drawn to the ECW, but even that epoch, and much more so ancient period wargaming, seems to me, essentially, to involve two more or less similar lines meeting and scrapping.

Of course, of course, there's much more to it all than that, I know. But I find my dismissive approach helps me save time and keep (relatively) focussed. 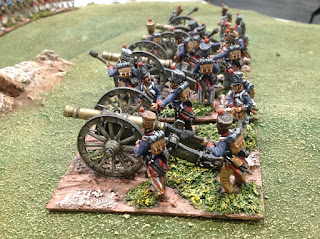 You can see why Boney loved his 'daughters'. 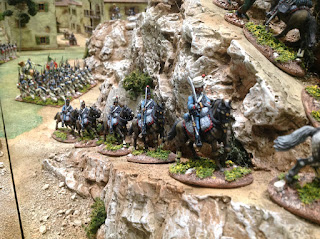 French cavalry making its way up the hill.

Anyway, I'll leave that digression there. Steampunk is, in many ways, a highly interesting avenue, in which the imagination runs riot, and I admire it for that aspect; the Police armoured-car-cum-traction-engine in the Salute programme was, well... cute, I guess. But - and I'm not dissing the whole genre (if, as it appears, it's bringing new blood into the hobby, great) - it's just that, so far, it hasn't really appealed to me.

I also dislike the tendency of some of the bigger companies on the more futuristic front - Wayland Games being the biggest (quite literally) - which can look a bit like they're becoming the Tescos of the hobby: huge and monopolistic. Another way in which I'm, I guess, 'old school', is that I like there to be loads of little fish, in a big pond (why are Adler never at Salute?). Certainly judging by the numbers of games and traders that side of things still seems to be thriving. 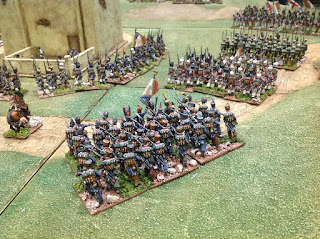 It's nice to see some Frenchies not in blue. I love that this game has French units in red, green and even yellow.

Attempting to buy our first home of our own meant my fundage was under limitations, so I'd resolved to try not to buy another army or two. Indeed, I was kind of hoping not to buy any figures at all, this time. But I couldn't help Mice-Elf, and bought a few Tony Barton 20mm Germans, to populate some of my steadily growing collection of WWII German vehicles.

My wife keeps suggesting I get some bigger figures. She seems to be worried I'll go blind painting the littl'uns - 6mm, 10mm, 15mm, 20mm, etc. - and that she might even go blind just occasionally looking at them! So I bought some larger plastic Napoleonic cavalry figures, by Master Box. Just for her sake, you understand! The guy on stall told me they're 1/32, or 54mm.

A little later in the day, some rude Herbert decided to share his unsolicited and unwelcome opinions on my bartering technique at another stall, and I got so flustered I accidentally left these figures at the stall, when I left. Fortunately they were still there when I retraced my steps a bit later, 'pon realising what'd transpired. 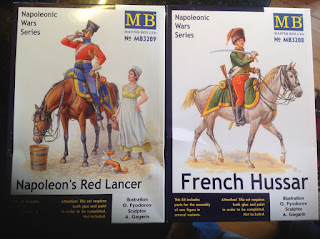 I've only ever seen more modern stuff, mostly WWII, by Master Box. These looked like fun. 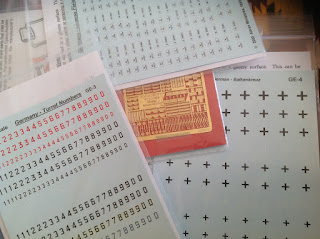 Some decals and a little bit of photo-etch for the growing WWII armour collection.

It was at the Milicast stand that this episode took place, as I was buying a bunch of WWII German decals, and even a little bit of photo-etch detailing. It was actually the latter that brought about the mildly unpleasant scenario, as, truth be told, I didn't really want the photo-etch stuff. The guy who served me was great. So I felt I experienced the full gamut of the hobbies social experience in those few minutes: a lovely guy selling me some stuff I was after, and some I wasn't - and prepared to haggle a little in respect of the latter - and the charming oaf who thought it was fine to be rude to a complete stranger. 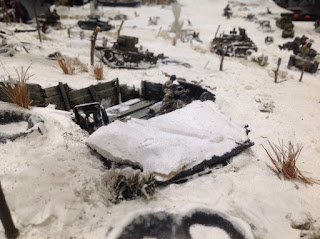 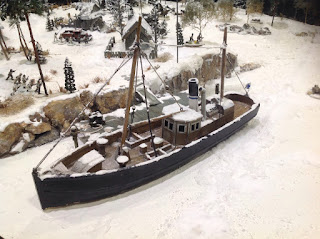 The guys behind this game had really gone to town on the scenery. Whoever you were, well done chaps!

This unwonted bit of acid banter contrasts unfavourably with my general experience on returning to the hobby. I see a lot of bitchy fighting going on online, and try to steer well clear of it. And indeed, the experience contrasts badly with my experiences of Salute in recent years, as a whole, where the norm is for people to either mind their own business, or to be very friendly. A little later in the day I bought an airbrush from Barwell Bodyworks, and a guy chipped in during the transaction with a far more welcome interjection, alerting me to the variety of supplementary gear I would doubtless soon be buying. 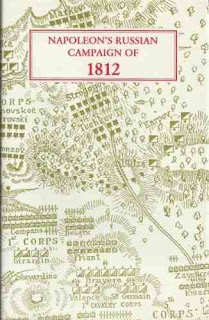 My Russia 1812 library continues to grow. 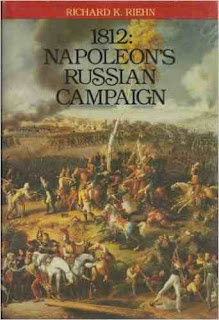 As so often at Wargames shows, my main swag consisted of books. I still have large and mostly unpainted armies for Napoleon's 1812 campaign in Russia, and, funds allowing, I try and get anything I can at shows that will add to my knowledge of that endlessly fascinating campaign. This year I found and bought two new surveys of the whole campaign I'd never encountered before, by Foord and Riehn, plus an old Blandford paperback by Philip Haythornthwaite, on the uniforms of that campaign, and finally, the Frontline Books three-volume reprint of Paul Britten Austin's 1812 masterpiece. I already own the latter in a single volume version. But it's soooo good, and it looks so nice in this edition, that I figured it was worth having in both formats. 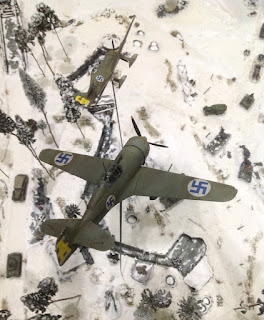 I had to climb up on a chair to get this aerial shot. But it was worth it, I think. Two Finnish pilots fly over their own lines, towards the Russian foe. 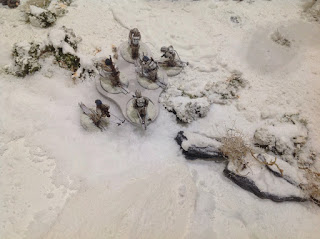 I almost bought one of those magnifying visor doodads, on account of Teresa's (justified) concerns for my eyesight, but the only one I could find didn't feel right to me, so I left it, buying instead the Masterbox Napoleonics. I was sorely tempted, as I usually am, by some books on the Ken Trotman stand, but the stuff in question was way too expensive. And I had to exercise some almighty restraint elsewhere throughout the day. There's so much to tempt one, even on a day dominated by sci-fi, fantasy and steampunk.

This year I was less taken with the games. There were loads that were clearly brilliant, in their own ways, but many of these, where they were modern/fantasy/sci-fi/steampunk, just didn't appeal to me. My favourite games were the 40mm Napoleonic Peninsular game (Teresa was pleased to be able to identify Sharpe and Obadiah Hakeswill!), and the Russo-Finnish WWII winter game, which was a thing of bleak beauty. 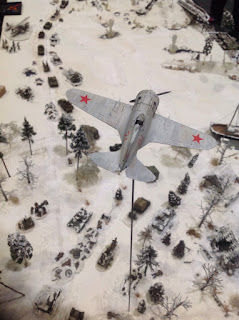 A Russian plane heads for the Finns.

Apart from the theme of this years show not being to my tastes, I must admit I ... no, make that we (my wife felt the same), were distinctly unimpressed at the lack of seating/catering provided within the show itself. The catering part - just the one 'express' food and drink stall, where the queue was always too long whenever we passed it - I can (kind of) understand, there being so many options in Excel at large. But the almost complete absence of punter seating, that was, in my books, inexcusable.

Wargamers aren't, by and large - and this certainly holds true for me - the sportiest bunch. And what are those hapless wives and significant others to do, when they want a momentary break? For us there was something psychologically significant about the fact Teresa would have to actually leave the hall - if she wanted to be sure of a modicum of comfort - to take a break.

Anyway, as usual, much fun was had, (too) much money was spent, and we left exhausted but inspired. Thanks South London Warlords, keep up the good work. 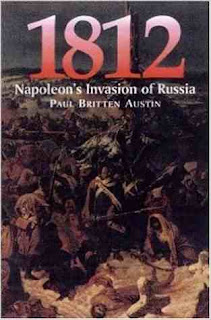 I already had this version of Paul Britten Austin's masterpiece. But I thought £20 for the Frontline trilogy, below, was fine. What excuse can I think of? Well, it's a little more portable split in three.. erm, and, ummm... well it's just brilliant. Isn't that reason enough? 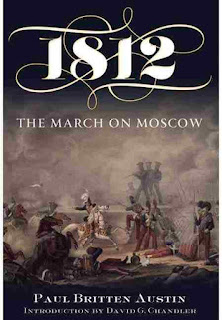 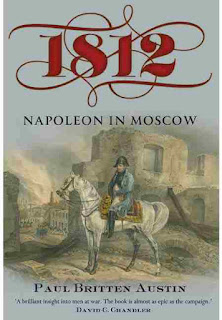 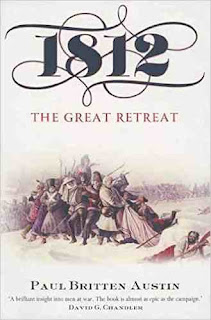