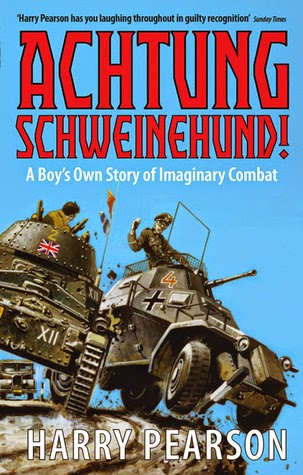 Unleash the geek! A wonderful book. No wargamers bookshelf is complete without it!

I absolutely lived this book.* I'm not normally one for slim populist looking paperbacks, give me a weighty hardback, or if it has to be in paperback, then make sure it's like an overweight newsreader, fat and factual. Nor do I necessarily normally warm to that kind of quick and ready journo-style wit Pearson has such facility for - I believe his chief income was derived, formerly, from working as a sports columnist and such like, for, amongst others, the Guardian - which, when it comes off as glib and facile, can as easily annoy me as tickle my funny-bone. 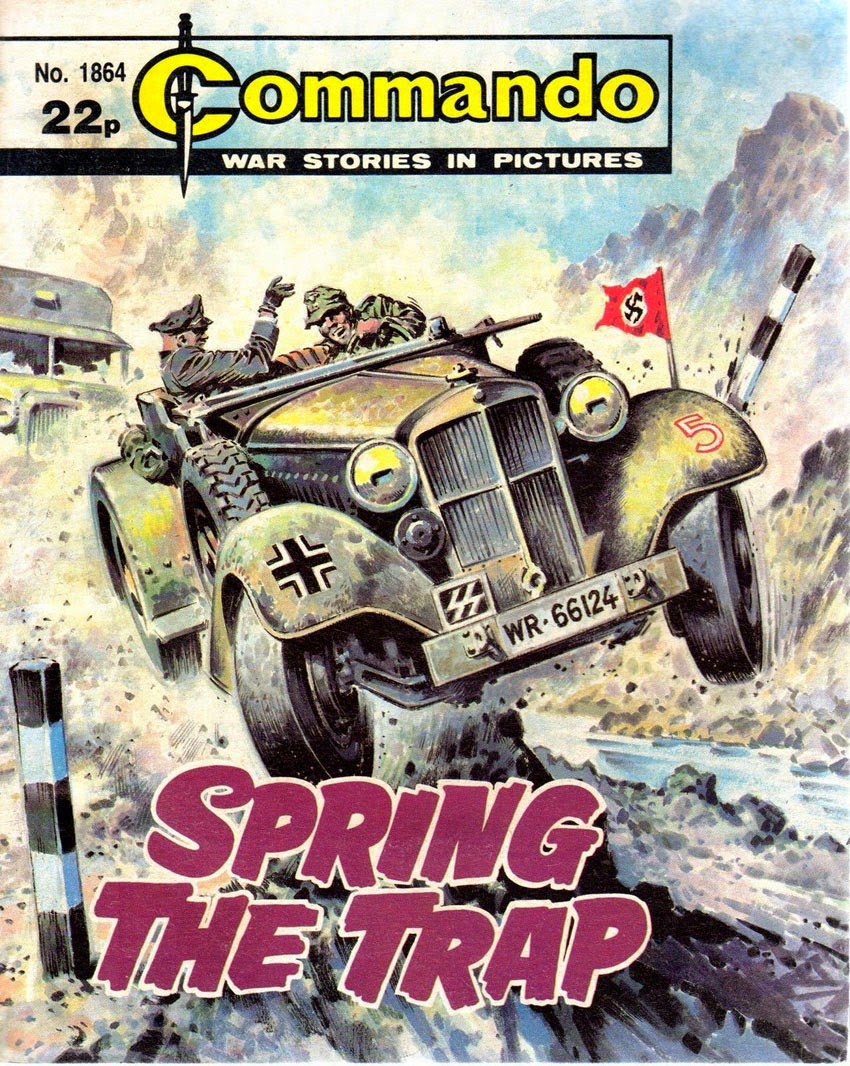 A Commando comic, such as I might've been reading in the early 1980s.

But thankfully his slick writing skills are balanced by a degree of self-effacement, and anyway, are here put to the service of a very noble cause, the unleashing of the geek. Ranging across quite a wide field of territories, taking in wargamers, figure sculptors, re-enactors and board-gamers, as well as model kits, war comics and war films, his central or axial concern is little toy soldiers.

I, like Pearson, or any other boy-man of at least moderate self-awareness and intelligence, might well baulk at the connotations of the term toy soldiers, and prefer, for example, miniature figurines, whose extra syllables and Latinate derivation sound altogether more mature. But, amongst the themes upon which Pearson harps, and I mean that in a sunny lyric Greek sense, is that of the earnestness of play, and our need for it.

One of the books chapters starts with a quote from French writer Anatole France: "Children worship their toys. They ask of them what Men have always asked of their Gods: joy and forgetfulness." An excellent little maxim, so good another wargamer is using it as the title of their blog! 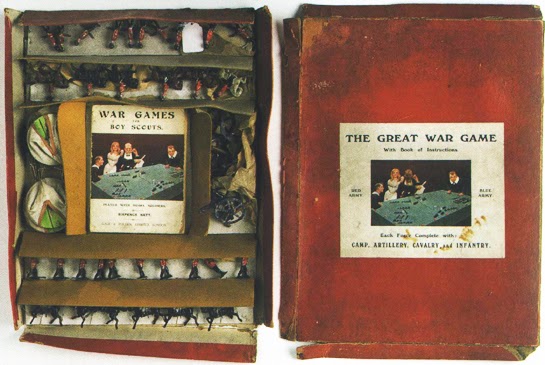 A recurrent theme throughout Pearson's book is the history of the hobby, something I also get more and more interested in as I grow older.

My recent rebirth into some of the passions of my youth - which includes collecting and painting wargaming armies, building model kits, and reading vast amounts of military history - has had a radical effect on me, chiefly in my allowing myself to have some pleasure as an adult. And, like Pearson, I find I derive a strange yet powerful joy from my hordes of little men, and all that goes with them, from attending such bizarre gatherings as wargaming shows to buying endless books on Napoleon in Russia, 1812. 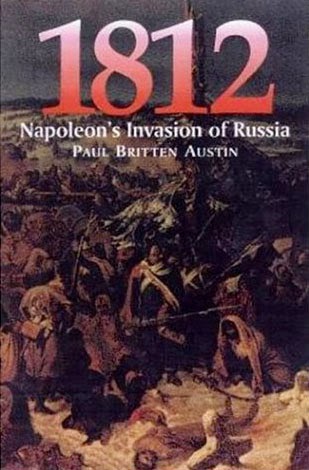 A personal favourite from my large-ish and ever-expanding 1812 library.

Not only does Pearson celebrate his present loves, there's also an element of social history, partly through autobiography, and partly through exploring the historical threads of his subject. And this latter aspect I absolutely love, being a kind of auto-didact intellectual archaeologist of sorts myself. As a writer of a classic album column, for over a decade, for Drummer magazine, I had long been developing an already latent proclivity for delving into the back stories of my interests. 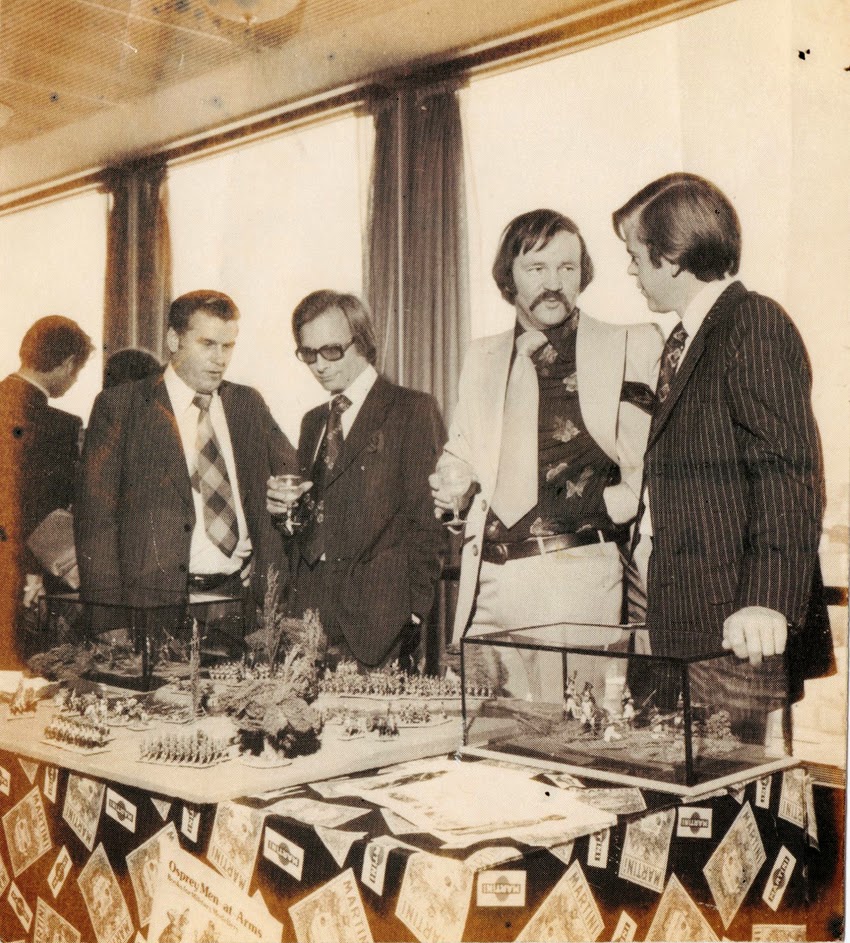 Gilder in 1975. I found out in AS that he did some time in the clink! What for exactly appears to remain shrouded in mystery. Perhaps it was his dress sense?

And now that I was getting really into toy soldiers and military history again, I suddenly wanted to know about such figures as Peter Gilder and Marcus Hinton, the former a living legend in my youth, as I grew up reading Miniature Wargames, and the latter a shadowy semi-mythical figure I'd only recently discovered, combining aspects of Mr Ben, Sir Henry at Rawlinson End, and a Greek satyr. Pearson was already sleuthing his way down a trail that I wanted to follow, looking into the such tap-roots of the modern hobby as the Zinnfiguren of Germany, and H.G. Wells' Little Wars. 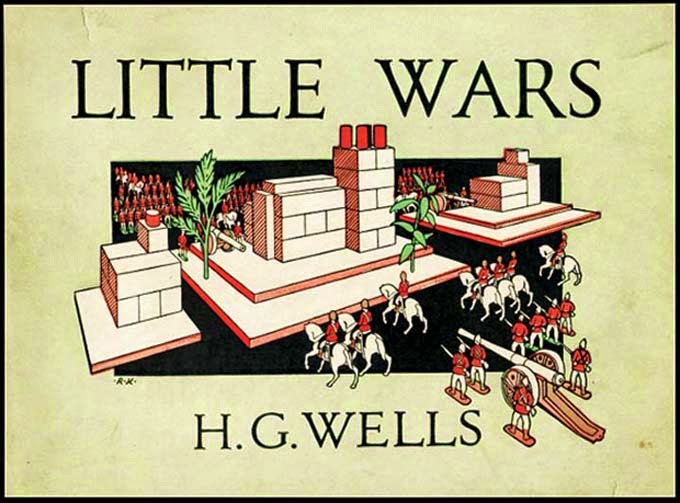 A particularly fine looking edition of this venerable auld classic. 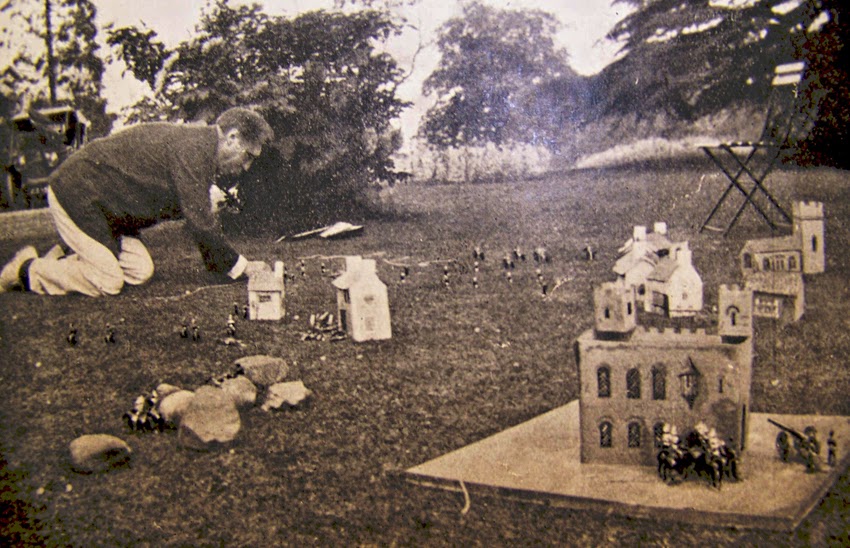 The right reverend Wells doing his thing in the garden. In his book, Wells makes jocular mention of turfing his kids out of their play room to provide indoor space!

One thing that makes me a touch sad tho', in an abjectly sorry-for-myself kind of way, is that, compared with me, and despite his oft-professed tendency to separate this side of his life from other parts of it, such as his public persona, Pearson seems to have enjoyed (and I hope is still enjoying) a very richly connected life in wargaming and toy soldiering. Thus far I have always been, and remain, an almost entirely solitary figure, pursuing my path solo.** 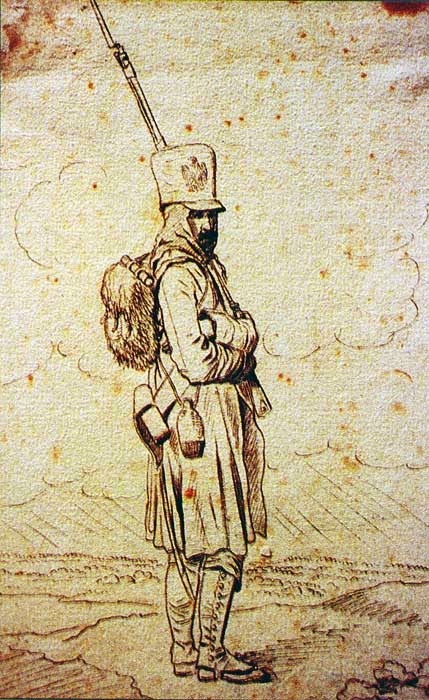 In some ways this suits aspects of my persona, but I must confess, I am perhaps more than a mite jealous of the apparent bonhomie and camaraderie that Pearson appears to have enjoyed via the hobby - mind you, I recently chatted to a master figure-maker for over an hour on the phone, so things may be looking up in this area - even if, as he somewhat ruefully admits, his wargaming friendships may have been fairly narrowly constrained around the hobby itself. 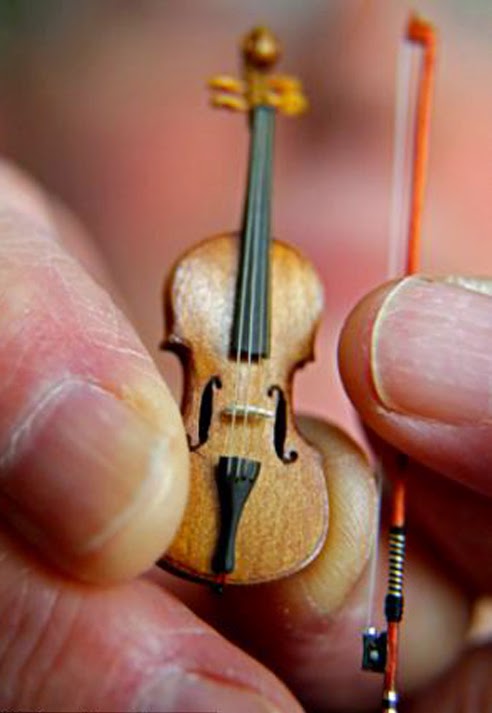 Still, rather than putting away these childish things, as I thought I was doing when, about twenty odd years ago, I sold off my 15mm Minifigs French Napoleonic and Heroics & Ros 1/300th German WWII Ostfront armies, I'll do as Wellington did, according to his legend, and put away instead my tiny, broken violin, and bask in the virtual companionship this book has offered me.

I'm stepping out of the shadows, Humbrol enamel tinlets in hand, the geek... unleashed and lovin' it. 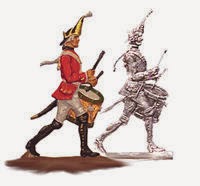 The ancient German tradition of Zinnfiguren - or 'flats' - lives on, in such work as this drummer, by Alexander Mitelev


But seriously, thank you Harry Pearson for a truly lovely book, I might even say a great book, that warmed the cockles of this peace-loving table top warmonger.

In case you're interested, Harry and a pal set up this site (they are no longer involved directly in the running of it), dedicated to the older wargaming figures they grew to treasure.

* That's a typo, fairly obviously, but such a serendipitous one I feel I ought to let it stand. One, because it's true, I not only loved this book, but part of why I loved it so much is that I have also, verily I say unto ye, lived it. And two p, because it gave me a rare but valid chance to use that awkwardly portentous word, serendipitous.

** Well, I did persuade few school friends to buy small collections of Minifigs to battle with, some 30 odd years ago! And we even started a Wargames club at my secondary school, albeit a rather short lived affair. I recently found out that one Russian contingent from that era is still at the family home, unpainted. Might see if that pal would either consider selling it to me, or perhaps even join me in reviving past passions, and get back into it himself.
Posted by Seb Palmer at 22:41