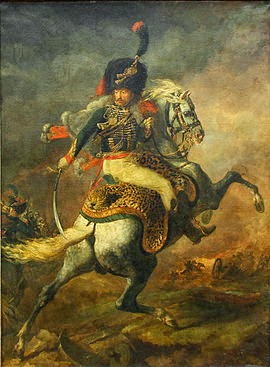 I love Napoleonic cavalry, and the French cavalry have some of the best togs. A dashing Hussar, in 'full fig', as Harry Flashman might have it, is a fine sight. The Chasseurs of the Line were generally a bit more dowdy than their Hungarian-influenced Hussar brethren. But no one appears to have told the officer depicted in Gericault's painting that! 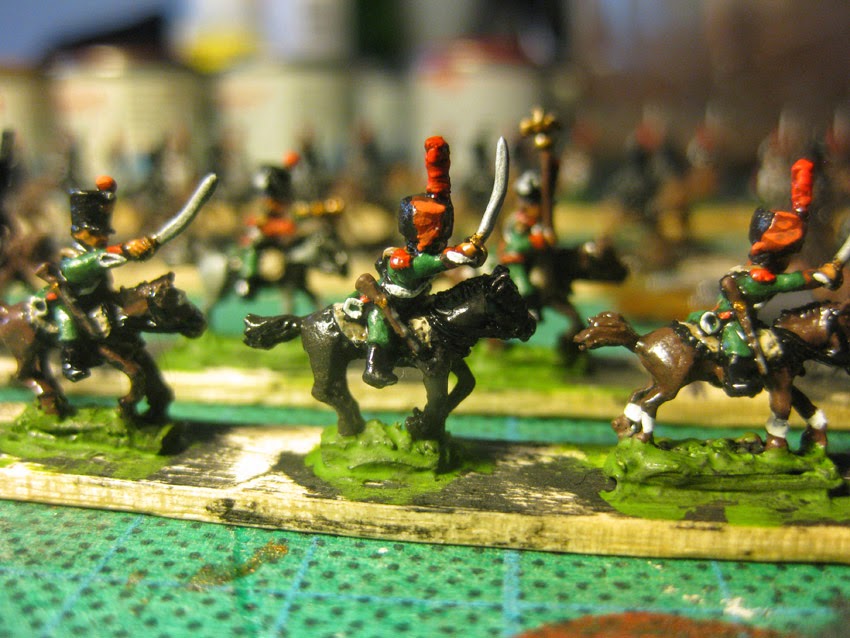 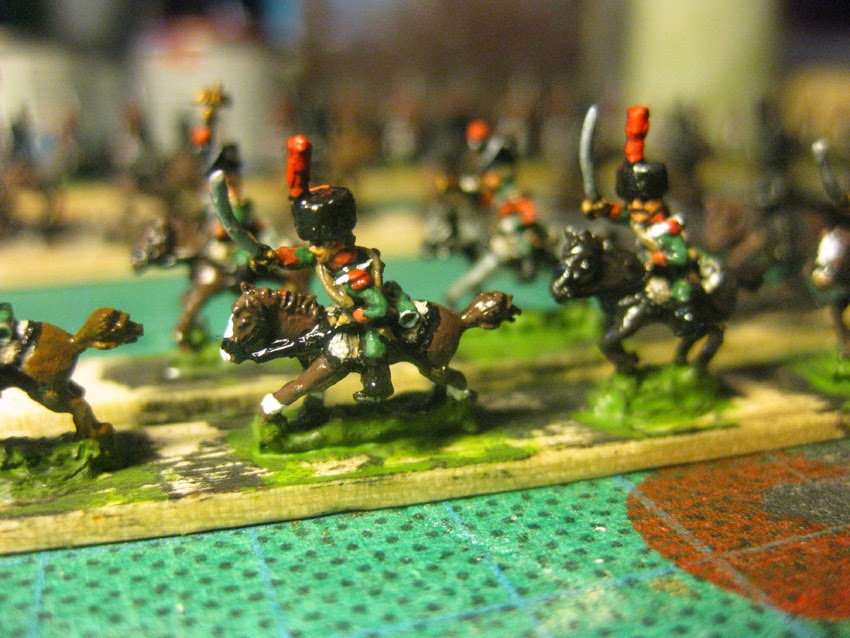 These rather more modest lads are part of a single squadron from the 28th Chasseurs à Cheval, belonging to Ney's III Corps, which I'm building up for a re-fight of the battle of Smolensk, in 6mm. As usual, I'm posting images of them not 100% finished, because, until I resolve basing questions, practically all my miniatures will remain in a state of limbo. But they're near enough finished... so never mind, here they are! 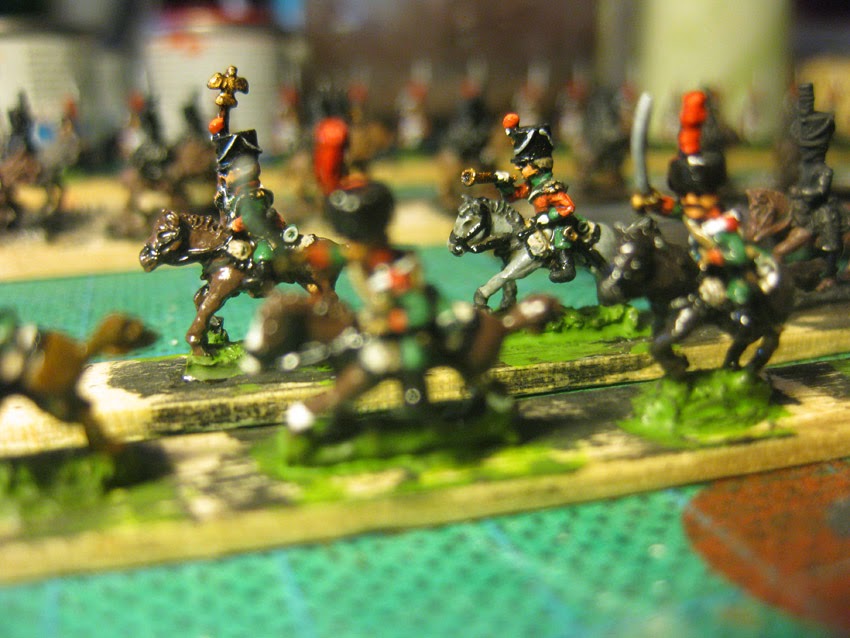 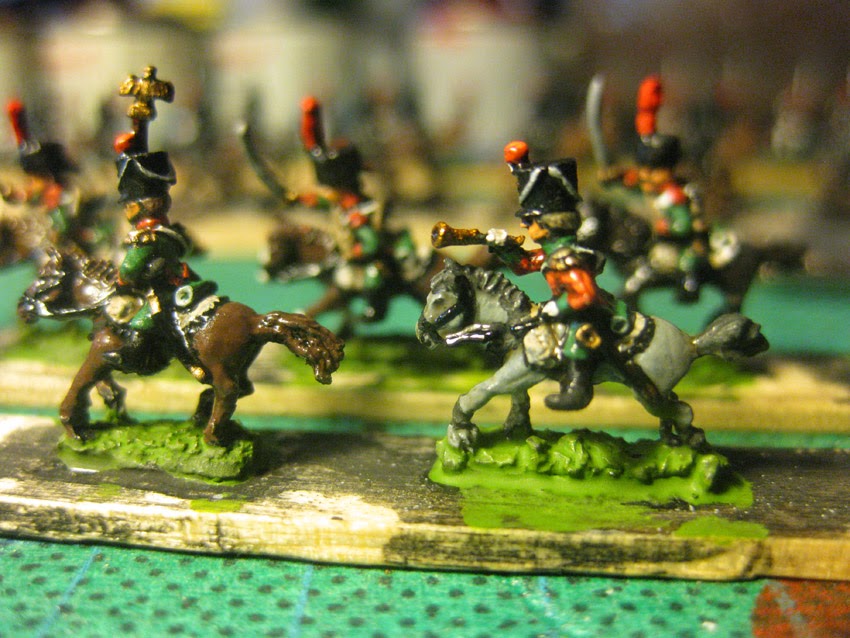 This last pic contains something that kind of blows my gasket: how did Herr Adler sculpt that sword-knot? It's about as thin as a human hair! (Though not quite as thin as the annoying cat hair - thanks Tigger! - that's attached to him!) 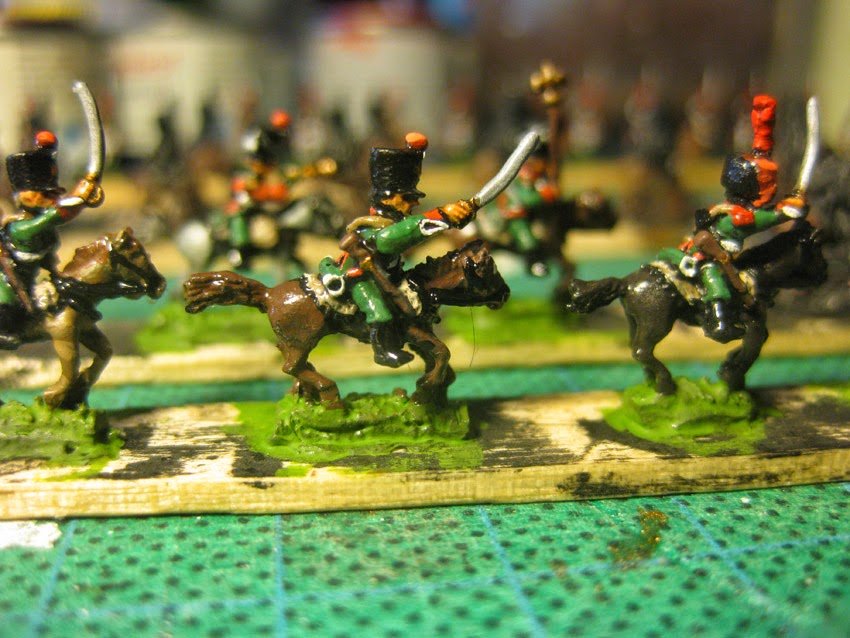 Doing these made me think again that I'm going to have to either buy another magnifying-glass/lamp combo, or else repair the non-functioning one I already have (bought a new bulb, changed fuses, etc., damn thing still won't work!). There's quite a bit more to do: triangular pointy bits on the shabraque (me-shack to-bed-you-go*); more detail and shading on the horses and harness, etc; and a final matt lacquer.

These last two pics show another unit I'm working on, those old Grognards of the guard. They show a before and after state, as I cogitate on how best to achieve a wash to bring out detail. I've tried using Army Painter Quickshade again, and whilst it can give results I like, e.g. the 15mm AW Brits I recently posted about (see here), I'm not liking it so much in this smaller scale. 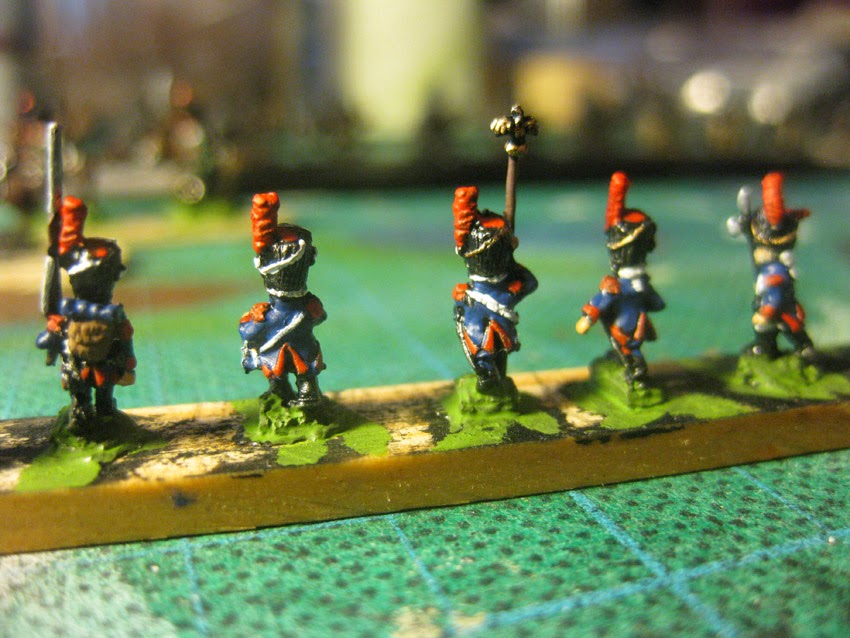 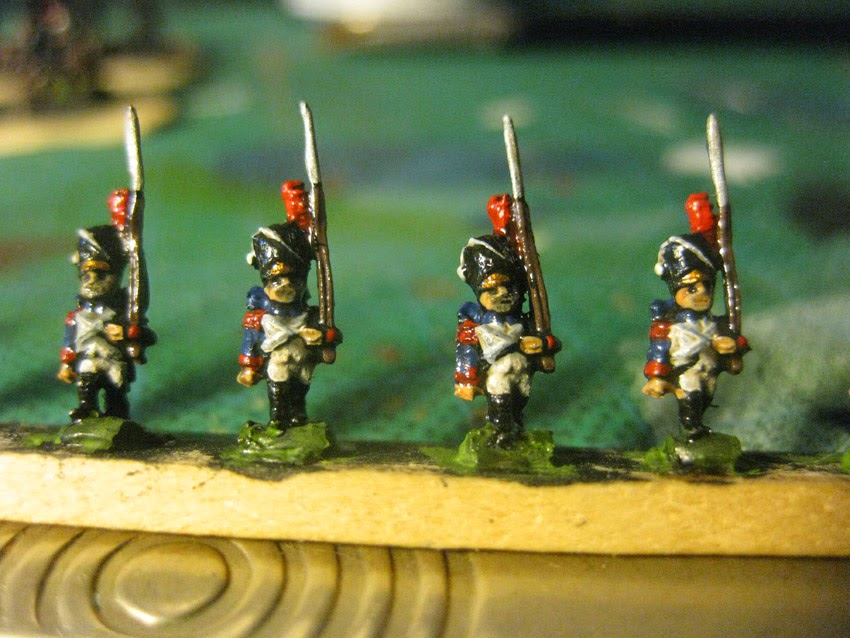 After: well... the Quickshade brings out the facial detail a bit. But the cross-belts, etc., hmmm!? I'm not convinced. And the workload created by needing to go in on the blues and reds again... it's too much!

I may try using it more strategically, e.g. just on certain areas. Liam of Adler (AKA Leon Adler) has told me he uses some different stuff for his washes. I forget what right now, but I'll find out and give it a try. Anyhoo, it's past my bedtime. This is the first day I've posted twice to the blog... so, that's enough for today!

* In case anyone thinks I just flipped out there: that's not just a sudden attack of Tourettes... but a silly mangled Biblical reference.
Posted by Seb Palmer at 00:23