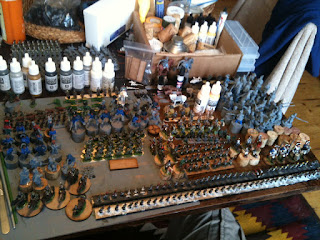 Pictured above is the scene of prolific semi-organised chaos on my 'workbench'*.

I decided to unearth some 10mm Napoleonic 1812 battalions - only two: one French, one Russian - and think about basing some figures, at long last. In the process I recovered some other almost forgotten figures, including four 40mm AWI figures by Front Rank, which my wife bought me at some show several years ago, in a bid to get me working in a scale she could appreciate without an electron microscope. 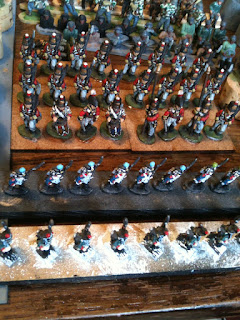 Unfortunately I have very little to hand suitable for basing, as I've yet to come up with definitive decisions on my methodology. I have, however, collected some odds and sods, in the form of a few packets of various sized pre-cut MDF bases. Mostly by (I think?) Minibits.

I soon discovered that, out of all the odds and ends I can currently find, only two, or perhaps three, at best, were suited to my current wants and needs: consequently I could only base one French 10mm battalion, an (under strength) 15mm British Peninsular battalion, my 20mm SS Cavalry, and the 40mm Front Rank AWI guys. 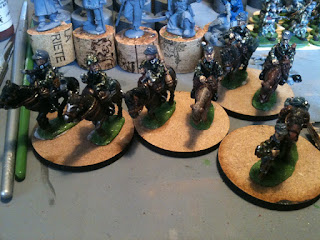 I opted to pair these guys off, excepting only the dismounted fellow... 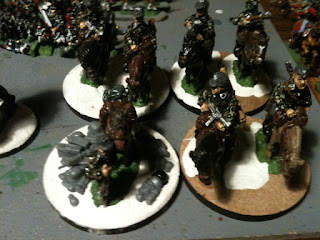 ... who stand guard over an assortment of temporarily discarded gear... 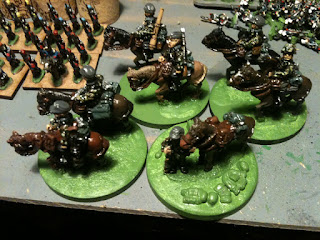 ... whilst his buddies are out on patrol.

I used to base my old Minifigs 15mm and the like on card bases (!?), onto which I'd superglue the figures, before 'bedding them in' with Milliput. This last step was done to create a stronger base where the white metal bases of the figures would be flush with the tops of the scenic bases. I used to texture the Milliput with a pin (!?), before blocking in with grass green, and finally doing a dark green wash, followed by a light green dry-brush. Before the enamel paint had dried I'd scatter some green railway modeller's scenic flock over them. Presto, my basing was done!

Fast-forward 20+ years, and these modern MDF bases are so much better than my flimsy card bases ever were. But I thought I'd honour the old tradition, at least on some of the larger scale figures, and use Milliput on some of these bases. So rather than starting on the 10mm or 15mm units, I went with the SS Cavalry and AWI bases. The process can be seen in the two accompanying sets of pics on this post. This time around I used an old toothbrush and a cruddy paintbrush to texture the Milliput. 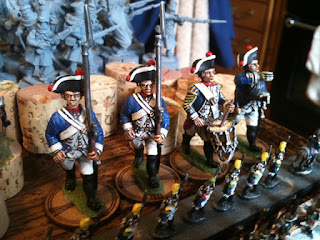 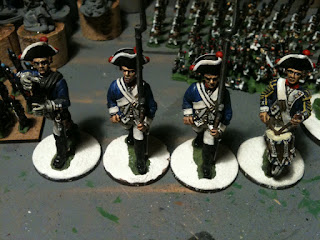 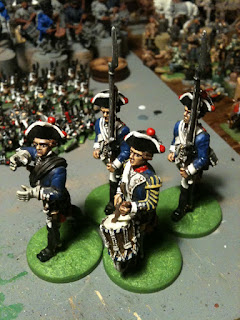 ... with some Spring in their step.

I'm actually quite pleased with how these came out. I will be working further on them; adding sand, grit, grass, etc. But I have to confess I do like the rather toy-like simplicity of blocked green bases!

[1] Looking at the AW Miniatures site today, it appears they no longer do their 15mm Napoleonic figures. A pity that, for me, as my two 'battalions' - one Frnch one British - are both woefully (but, historically speaking, more accurately, perhaps?) under-strength.

[2] These 10mm units were amongst the first units to be painted on my return to the hobby, and have sat, unfinished and gathering dust, for a number of years. Until now!
Posted by Seb Palmer at 00:25