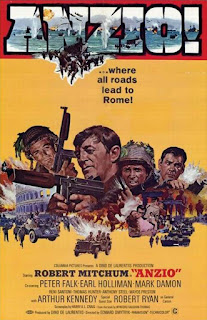 Robert Mitchum can be great. Peter Falk can be great. Both of them together? You'd hope it'd be great. However, I watched this recently with a buddy, with whom I regularly watch war movies, and we found ourselves continually drifting from the movie into chatting, etc. So... not that compelling, perhaps?

I got this DVD 'cause I'm developing a fascination for the campaign in Italy. Indeed, I might well be building my 20mm German forces for gaming that particular theatre. The 'march on Rome', that sort of thing. So, I was hoping to really enjoy this. But I have to be honest, on first viewing it was pretty disappointing. 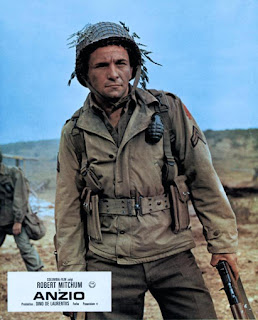 "Just one more thing... who wrote the script?"

It is worth seeing, and it does have its moments, but somehow, taken as a whole, it just doesn't really work. For one thing it's very slow getting going. The first real combat action occurs about an hour in to what is a two hour movie. The other key issue for me is that it doesn't quite cohere, instead feeling like a bunch of separate scenarios, simply strung together, almost at random.

Despite telling what could be a really good story, focussed on Mitchum's war-correspondent character (loosely based on  the real-life war correspondent Ernie Pyle), who refuses to arm himself but insists on going where the action is hottest, it somehow lacks a strong narrative arc. This isn't helped by Mitchum's rather leaden performance. This is not the same man who shocked audiences in Cape Fear! 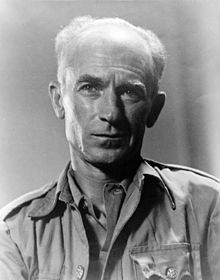 An ugly looking crowd, spoiling for a fight. Perhaps they didn't like Jack Jones' song?

In fact, right from the get go it's odd, opening with a schmaltzy bossa nova sung by crooner Jack Jones (hardly the first port of call for a martial movie!), followed by the strange macho revelling of off-duty American troops, carousing and then having a big drunken punch up.

This said, there are some very interesting scenes, such as the stepping-stones over a minefield sequence, and the snipers and shell holes segment. The film also has some excellent settings, and the whole build-up and landing sequence is pretty impressive for a pre-CGI era production. 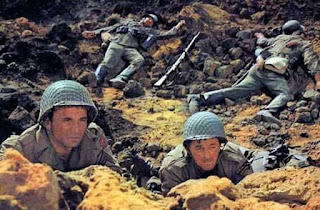 Falk and Mitchum trying to return to Anzio...

... without getting picked off by this guy.

Film critic Roger Ebert really rates this movie, and I agree with him that it is, in some respects, much more intelligent than many of your run of the mill war movies. But, for all that it asks some interesting questions (and even offers some uncomfortable answers), something doesn't quite feel right.

Mind you, this a Dino de Laurentis production, and I wasn't massively keen on Waterloo at first, another of his productions. But I've grown to love that film more with each viewing. Will I grow to love this? I must confess that I did like it better on second viewing. Perhaps my buddy and I just chatted too much whilst it was on? But then again, we don't usually do that. And particularly not if the movie is sufficiently compelling. 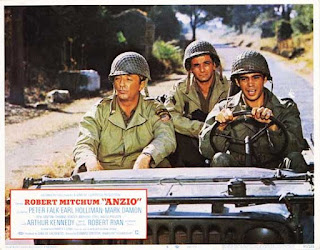 Initially the film follows the American troops as they head for an unknown landing, in an attempt to turn the stalemated Cassino line. It turns out to be Anzio. Once safety landed, and despite the reconnaissance of Mitchum, Falk and co., which shows Rome to be an open city, more or less, the Allies dig in.

Wolfgang Preiss has barely more than a cameo, as the German general Kesselring. But in the few moments he has on screen he displays more energy and charisma than either Falk or Mitchum. But the film can't make its mind up about what story its trying to tell. And whilst we see US Gen. Lesley (based on Gen. Lucas) sitting on his ass, and the Germans rubbing their hands with glee, despite all the exposition, there's previous little action. 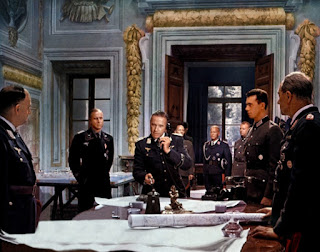 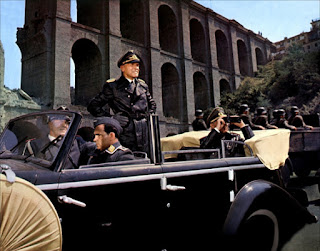 Finally Lesley consents to send out a probing force. But faulty intelligence means they walk into a trap. This is when the film turns from ambling behind the lines exposition, to (almost) a 'proper' war film. But the two halves seem almost unrelated. And even within each half, scenes feel too episodic.

Falk initially wanted to turn his role down, as he thought the dialogue was awful, and the movie likely to be a turkey. His character, like Mitchum's, is based on a real person. In Falk's case, a certain shady Jake Wallenstein, who - rather less romantically than is portrayed here, perhaps? - ran a brothel from a stolen ambulance! In the end Falk was allowed to write his own dialogue, and so opted to stay on board. Well, he was better as Columbo than as his own script-writer here! 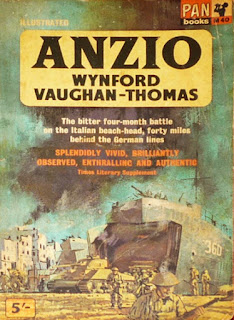 Apparently the script was a team effort. A strategy often synonymous with a confused porridge. Ironically it was based in part on the far more succinct and lucid writing of British war correspondent Wynford Vaughan-Thomas. But as he wrote mostly about the British part in the Anzio campaign, and this was an Italian-Amercian co-production, they've inserted Mitchum. The Brits only make token minor appearances. 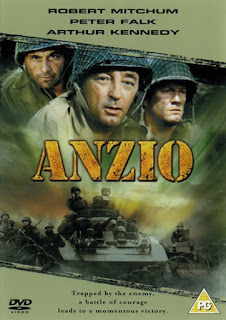 This is the cover of the DVD version I have.

As well as drawing on real characters culled from the actual history of this theatre, there is a short and rather small scale depiction of the very hard fought battle of Cisterna. If you look for pictures of the Battle of Cisterna online, you'll mainly find pics of the eventual Allied victory. But the infamous original battle was more like the disastrous ambush depicted here, in terms of its outcome. 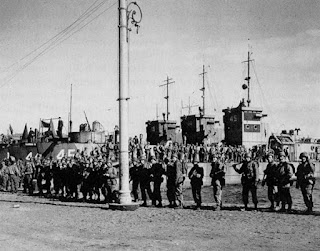 The 3rd Rangers preparing to embark for Anzio. Most would soon be dead or POWs. 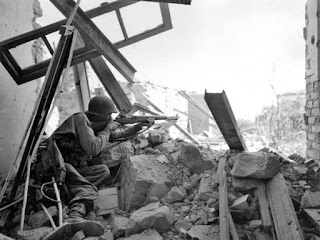 An American soldier fighting in a later action at Cisterna (not the original debacle!).

The US 3rd rangers were nearly all killed or captured in that sorry episode. Only six escaped! In the films version of events, seven escape the battlefield. But they don't all make it back to their own lines.

And that's another of the oddities of this film: the first half is much more general, whilst the second half zooms in on the misadventures of these few survivors. Having escaped Cisterna (not named as such), they evade a flame-throwing tank, a minefield, and deal with a German patrol that interrupts their pleasant stay in a house full of Italian women, before finding a construction site, and nearly going a bit 'commando'. But when that goes pear-shaped they decide to make a bee-line for home.

Hmmm? Certainly not a great film. Not even really a particularly good one. But nevertheless worth watching. Particularly if, like me, you want to see some WWI action set in Italy. To finish this review, here's a selection of attractive old posters for the film, that suggest the promoters were as confused about it as the team who made it, judging by the variety of options they try to cover. 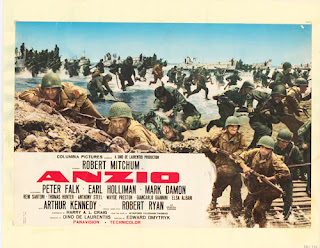 Is it a D-Day landing type beach assault affair? 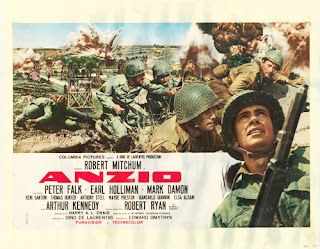 Or a 'commando' style hit and run movie? 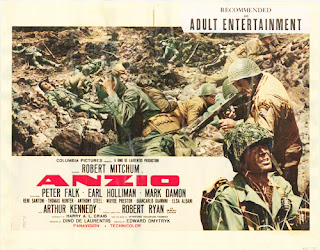 Or is it hell in the trenches and shell craters? 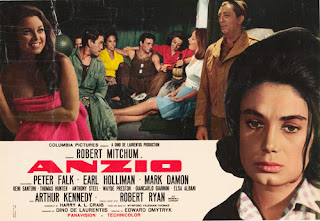 Or perhaps it's a festival di bella ragazza?