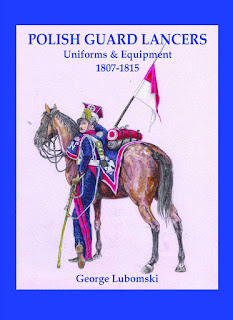 This book is clearly a labour of love. Put together by an enthusiast who is also a re-enactor, the focus is on uniforms and equipment, as opposed to a history of the actions of the two regiments of Polish Guard Lancers. There are contemporary illustrations, modern ones, and photographs of both original and reproduction items of apparel and gear. Making this a treasure trove to those interested in this most splendid of troop types.

On that last point: the 1st and 2nd Polish Lancers of The Imperial Guard were amongst the finest looking regiments in the finest looking army, in an era that saw what many - myself included - regard as the very peak of martial finery. Or in other words, they are the most beautiful of the beautiful in an age of unparalleled beauty. To my eyes/mind, that makes them a very compelling subject. And this book allows me to wallow in that peacock splendour. 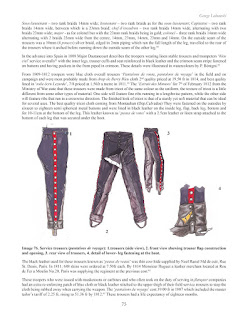 There are one or two critical observations to make: a bit on their operational histories would've been nice (but that's not really what this book intends to supply); and the whole thing has the feel of an amateur enthusiast's self-published work. If I compare it to another book I recently received for review - Toy Soldiers, by Luigi Toiati - the weight of paper, quality of photographs and illustrations, etc, are very markedly different. But despite these differences, this remains a terrific and very useful/welcome addition to my library, on a favourite topic.

The level of detail on uniforms and equipment is amazing. There are even tailor's cutting patterns for various garments, and images that show the several ways the czapka tassels and cords were worn. I have a desire to make myself some Napoleonic outfits - I can't afford to have them made for me by those folk out there who do it commercially - and a book such as this will be a terrific aid in doing so. It's also brilliant reference for the modeller/wargamer. 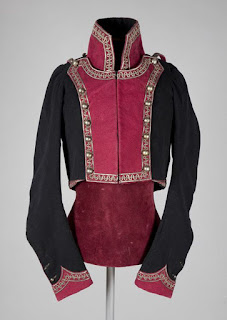 I have a load of AB Miniatures Polish Lancers in 15/18mm, which I intend to paint and base some time fairly soon. I also want to buy/build the Airfix 54mm Polish Lancer. This book will undoubtedly be a great help with these projects. For example, I was fairly gutted to discover - and I only found out when the figures (already paid for) arrived - that the beautifully sculpted AB Lancers have no plumes or cords/tassels on their czapki. I went as far as asking Tony Barton if he would produce a version with these omissions added, but... he declined! So I'll have to find a way to add them myself. This book will be a terrific help.


I've docked half a bicorne for the less than perfect print/paper/illustration qualities here on my blog, where I can deal in 'half-star' values. But over on Amazon UK I give this, and deservedly so in my view, the full five stars. I feel a trifle guilty giving it less than the full five bicornes here, to be honest, as I love it so much, and greatly admire all the work that's gone into making such a fantastic resource available. 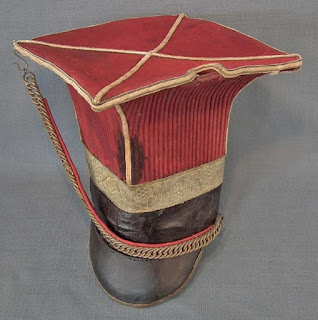 Anyway, in conclusion, if you're passionately interested in this most alluring of branches of the Imperials Guard's splendid cavalry, I'd say this is an essential addition to your library.

[1] The cover and numerous illustrations, such as those on this sample page, are, I believe, by the author.

[2] I've used original examples of clothing I found on the web, and these may or may not be reproduced in Lumboski's book. They're simply used to here to illustrate the type of material the author uses.