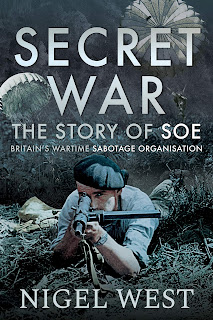 Originally published in 1992, this is a reprint of Nigel West's interesting if bewilderingly thorough* account of SOE's activities in WWII. In itself this is impressive as the organisation was, by its very nature, highly secretive, and - despite many of its operatives having published memoirs and the like (not always entirely truthful/reliable) - much of its own documentary paper-trail was destroyed by those involved, or long remained/remains classified.

A couple of quotes, taken from the book itself and some of those quoted therein, give a flavour of what to expect: from the broader context, itself an 'alphabet soup of secret organisations, each with overlapping responsibilities and minimal coordination' (p49-50), to the SOE itself - 'all these people with odd initials and numbers which puzzle me more than the enemy' (Sir Alexander Cadogan, permanent under-secretary at the Foreign Office, 1938-46, p68) - it's certainly a bewildering subject. 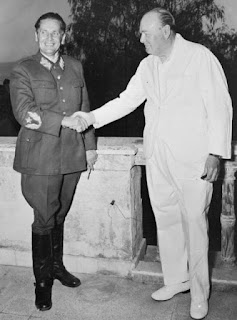 After an excellent lively intro, the narrative starts hopping around a lot geographically, starting with the founding of SOE, and including a reproduction of the 'previously unpublished' Charter of this government sanctioned fomenter of 'violence mayhem and murder' (Jack Beevor, p1). Throughout these globetrotting peregrinations - which take the reader from Scandinavia, via the Lowlands and France, Spain, Italy, Germany, the Med, the Balkans, North Africa all the way to the Far East - we're barraged with information on SOE's composition and personnel in both England, viz the confusing alphabet soup of 'sections' responsible for the various overseas ops, and the exhaustingly labyrinthine doings of the 'enthusiastic amateurs' as they were often disparagingly referred to, and their brave (foolhardy?) if at times vaudevillian antics on the ground, often behind enemy lines.

It's striking how much this whole area of skullduggery appears to have been the preserve of an establishment elite, Oxbridge chaps with double-barrelled surnames, most of whom have either military or legal/business backgrounds, sometimes both. Most, one might assume, would likely be Tory types. And indeed the majority were. But one of the surprises herein is how often there were leftists, even outright Communists, within this organisation and many others, eventually leading Churchill to pursue his own British Empire style 'purges', to be rid of such irksome 'moles'. [1] 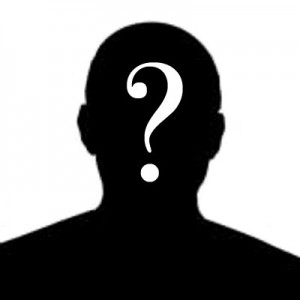 I intended to show a photo of Brigadier Keble here, SOE Chief of Staff, Cairo. But, in true cloak and dagger style... I couldn't find one!

Several themes run throughout the entire book: one concerns the internecine strife 'twixt SIS and SOE, the former the intelligence gathering branch of the secret service, and the latter the 'black-ops' department. Another has to with the confusion and duplication of efforts such a scenario necessarily engendered. And a third focuses on the 'breathtaking... political naivety' which saw SOE (and SIS, OSS, etc) getting very messily involved in complex political imbroglios in sensitive and volatile areas.

Whilst the constant barrage of names, abbreviations, code- and place-names is overwhelming and exhausting (it's a shame there's no photo section, but the omission of a glossary/list of abbreviations is a capital sin!), there's always a just about sufficient frisson of the whole James Bond thing to keep things interesting. Numerous operations never transpired, many were bungled, some terribly so, and yet there were some great successes. [2] Within all this one encounters many buccaneering and wild tales, both stories one has met before, such as those made into books and films (two that spring to mind are Heroes of Telemark, and Ill Met by Moonlight), as well as many that are new, to me at least. 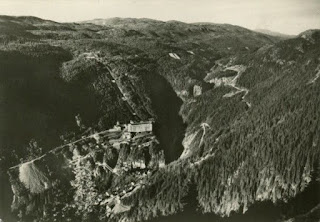 I'd certainly recommend this to those interested in such cloak and dagger doings. But I also feel that a potentially easier and better way for the interested layman into this murky and muddled area is through stories of particular individuals or events. This leaves me wondering if I ought not perhaps read some of that Agent ZigZag type stuff that I know is out there... hmmm?


* Comprehensive was my first choice of word here. But given that there are so many gaps in the records, thorough seemed more apt.

[1] Fortunately for those being 'liquidated' in these British purges, unlike Stalin's brutally muderous variety this simply meant being denied certain roles.

[2] Freshman and Gunnerside, the former the first disastrous attempt, and the latter the eventually successful second mission, both with the same goal of disrupting Germany's nuclear programme show how thin the line was between ridiculous and costly failure, and sublime success.
Posted by Seb Palmer at 09:23