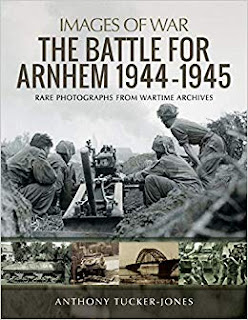 Anthony Tucker-Jones bookends his account of The Battle for Arnhem with references to Cornelius Ryan's book about it, A Bridge Too Far, and the subsequent film of the same name, directed by Richard Attenborough. Whereas the author first read the book and later saw the film, for me it was the reverse. But I suspect for many, including a lot of us modellers and wargamers, either the book, the film, or both, will figure in our past.

I recall enjoying the book, which Tucker-Jones says remains ... But the film, was 'not a commercial or critical success', at the time. Personally I really like the movie, because, despite its top heavy cast of A-list actors, it is, in my view, as or perhaps more historically accurate as most WWII films. Yes, the poorly faked German armour/vehicles leave much to be desired, and yes, some of the actors' luvvy performances are irritating (Dirk Bogarde and Gene Hackman in particular*). 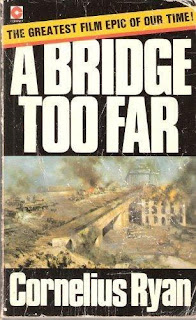 Anyway, both book and film remain valuable entry points to the subject. But now to this particular subject. Another very handy title from the ever-growing Images of War series, this book comprises over 150 black and white photographs, mostly archival, but some more contemporary, and some illustrating stuff slightly off-topic, but all combining very nicely to give a fairly full picture of Operation Market Garden.

I particularly like the Images of War titles that give at least some sort of narrative context, as this does, each of the nine major chapters starting with a brief synopsis of events, before moving on to the pictures and their captions. We start out with Monty formulating his plans with an eye to rehabilitating his reputation after Normandy, in light of accusations of torpor re taking Caen. Where D-Day is planned over a very long time frame, and the wait for the right moment, whilst painful, is crucial, Market Garden is rushed into headlong. 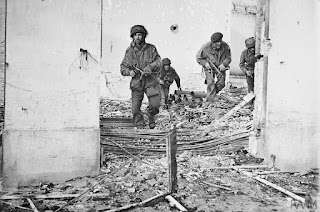 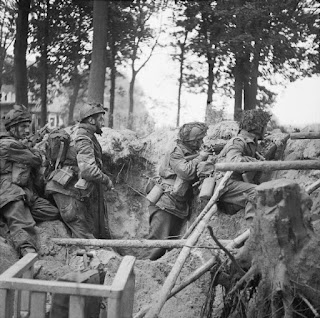 Before the attack on Arnhem, 1st Battalion paras dug in near Wolfheze. 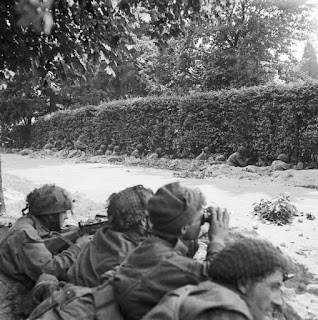 Towards the end, defending the Oosterberk 'pocket''. 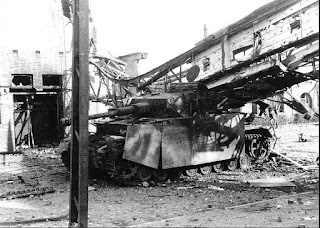 Tucker Jones states that he tries here to give broader account of events - covering both the Market (airborne) and Garden (land) facets of the operations - balancing the successes of certain elements, such as the US Airbornes' attaining of their objectives, against the more usually retold 'heroic failure' narrative (a British speciality, to be added to such battle honours as the charge of the Light Brigade and Dunkirk!) of events in Arnhem itself.

There are a few nicer than usual maps, which look very much like they've been taken from another older source, the informative but concise text, and of course the main attraction, lots of very nice photos. A useful, interesting, inspiring and easy read (I read it in one afternoon, today), that might well prompt you to read Beevor's fuller more recent account, or perhaps even send you back to Ryan's book, or Dickie Attenborough's movie? I'm planning to watch A Bridge Too Far this evening! 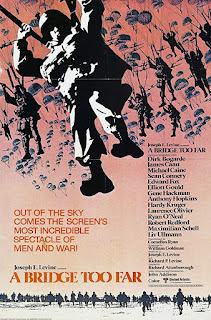 An older/original promo poster for the movie.

* In contrast, Sean Connery and Michael Caine are great.

[2] As Tucker-Jones notes, this was probably a posed shot, taken in a lull during fighting. But, as he is quick to add, it's also a great photo that depicts very well the fighting conditions at the time.
Posted by Seb Palmer at 17:07