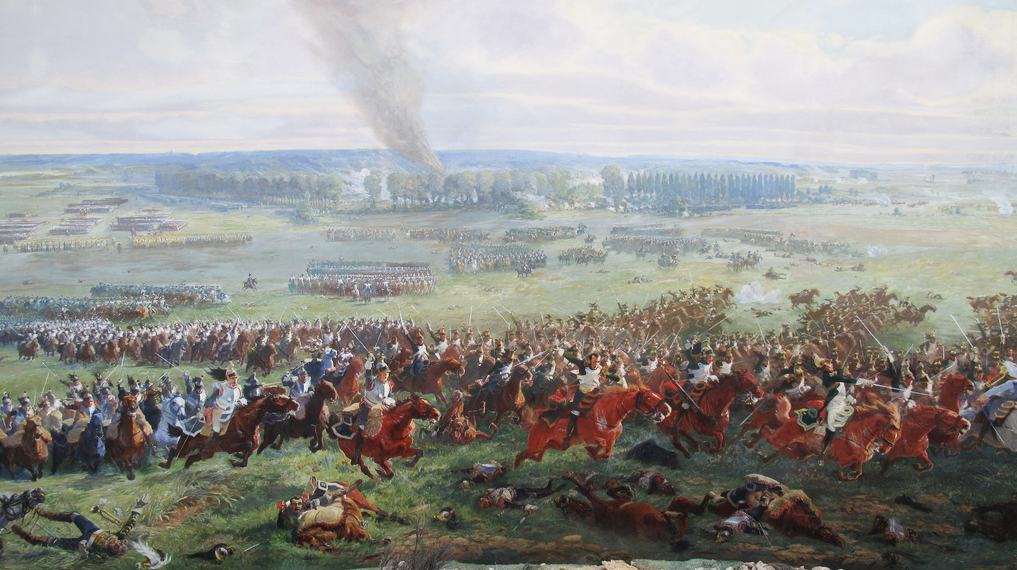 If you look at the many photos of the Waterloo panorama similar to this one on the web, you'll note that at the bottom of the panorama - only a very tiny sliver is visible in this pic - there is a large scale diorama type element, an attempt to blend the painting into the 3-D world of the viewer.


As a child I used to occasionally draw, on long rolls of paper, imaginary battle scenes. Some were based on Waterloo. I also built tiny plasticene armies, one of which was eventually massacred by a pair of gigantic arms and hands descending from the skies, as it bivouacked on my windowsill! I'll return to this second theme later. But the drawings I did, which as far as I know haven't survived (if any did I might post some), were my own childish probes in the direction of something that was actually realised by the French painter Louis Dumoulin, on a vast panoramic canvas, circa 1912.

Louis Dumoulin was a French artist known largely for his travels in and paintings of the Orient (he founded the Société Coloniale des Artistes Français), who, together with assistants, created this monumental masterpiece. According to the website (linked to below) the painting depicts a key moment in the battle. But, if I recall correctly (and I may not), one of the many books I've read on Waterloo says that in fact the painting depicts a number of non-contiguous moments simultaneously. Can anyone add any more to clarify this? 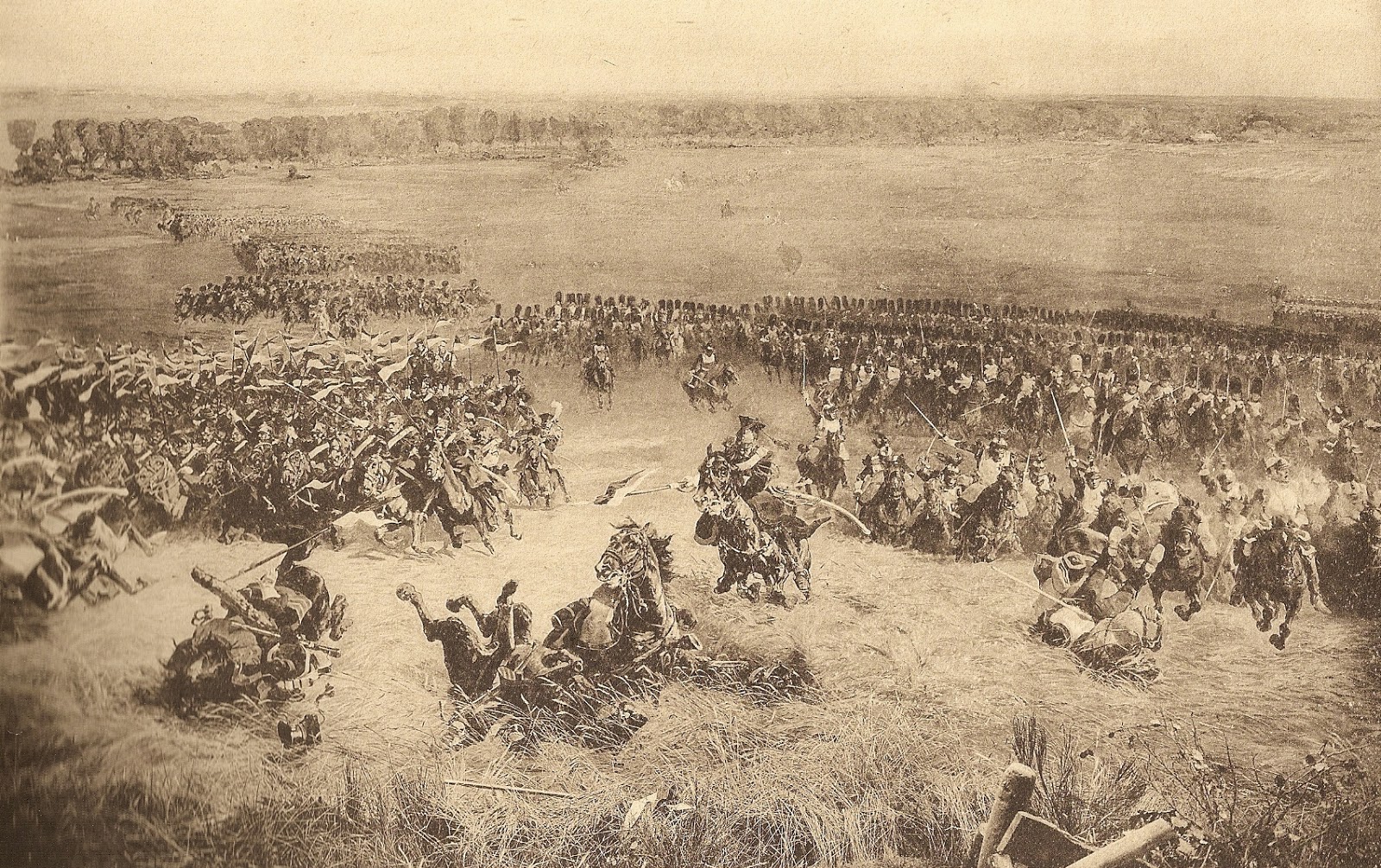 Pictured above is, according to the Wikipedia page where I found it, a page from the original 1912 programme, printed for the opening of the panorama. This part of the artwork depicts the fabulously attired Guard Lancers (one of my favourite French units, for sartorial reasons, if nothing else!), behind whom are some Grenadiers a Cheval.


I have yet to visit the battlefield and its environs - it's a primary plan to get there on the next available holiday (I'm reading several books to prime myself for the visit [1]) - but when I do I intend to study this picture for some time. According to the info on the Waterloo Battlefield website, which has
a page dedicated to the panorama, it is huge artwork, measuring 110 meters width-wise, and 12 meters in height, and as well as the visual aspect there is a modern multimedia twist, with a sound-effects backdrop adding to the atmosphere.

The website's brief blurb also notes that the panorama, once a very widespread phenomenon, is now a rare thing, and that in 2008 this particular example underwent restoration. Whilst researching the panorama and Dumoulin online I found an artnet link (online auctioneers) which lead me to a couple of cuirassier studies by Dumoulin, pictured below. 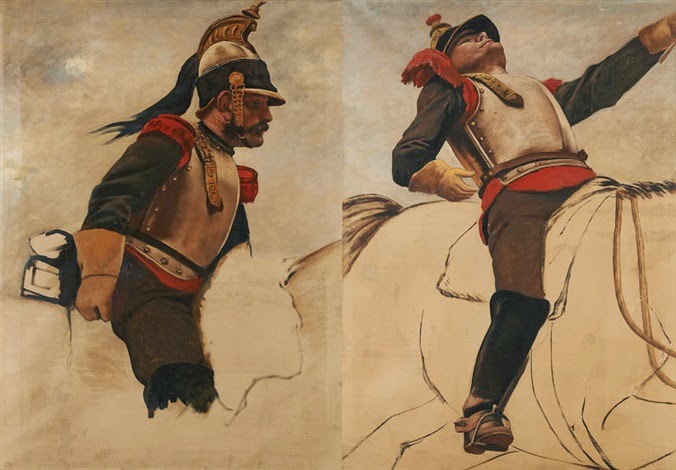 [1] As well as reading Peter Hofschröer's two-volume Waterloo Campaign history, I'm part way through Uffindell and Corum's On The Fields Of Glory, which latter is as much battlefield guide as historical account.