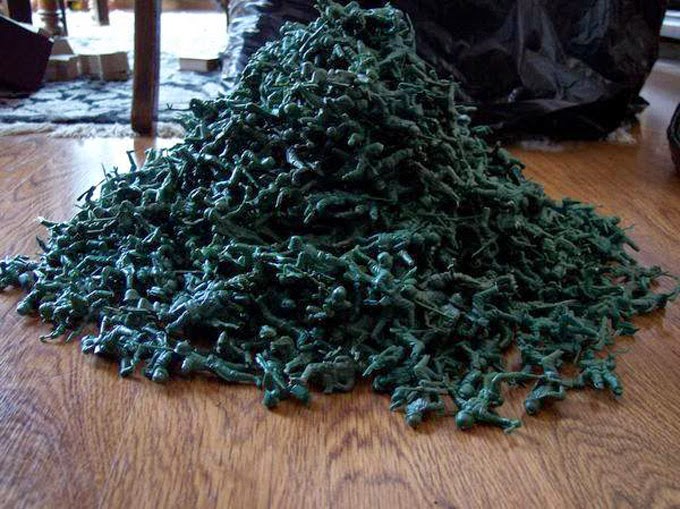 These aren't my piles... 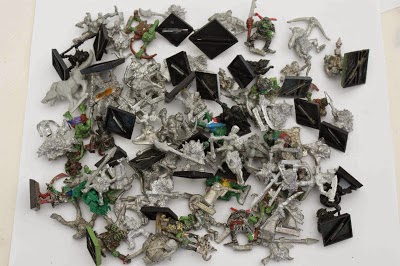 I recall going to Salute on a couple of occasions when there was a Flora London Marathon registration day on at the same time. The sporty types, all looking very trim and healthy, and with women outnumbering men, were a stark contrast to the wargaming crowd gathering for Salute: almost 100% male, and with a significant quota (if not quite a preponderance) of overweight and unhealthy looking characters.

I noted with some alarm that I seemed to be headed more towards the physical model of the latter group, rather than the former. Hey-ho!

Having established that most wargamers aren't exactly paragons of the Olympian physical ideal, it's perhaps no surprise to learn that pretty much every wargamer suffers from piles... piles of unpainted figures, that is. And I confess, I'm one for whom the painting ointment treatment is desperately needed. Sorry about this, but it's going to get gruesomely graphic: what follows isn't pretty, it's a picture of my piles: 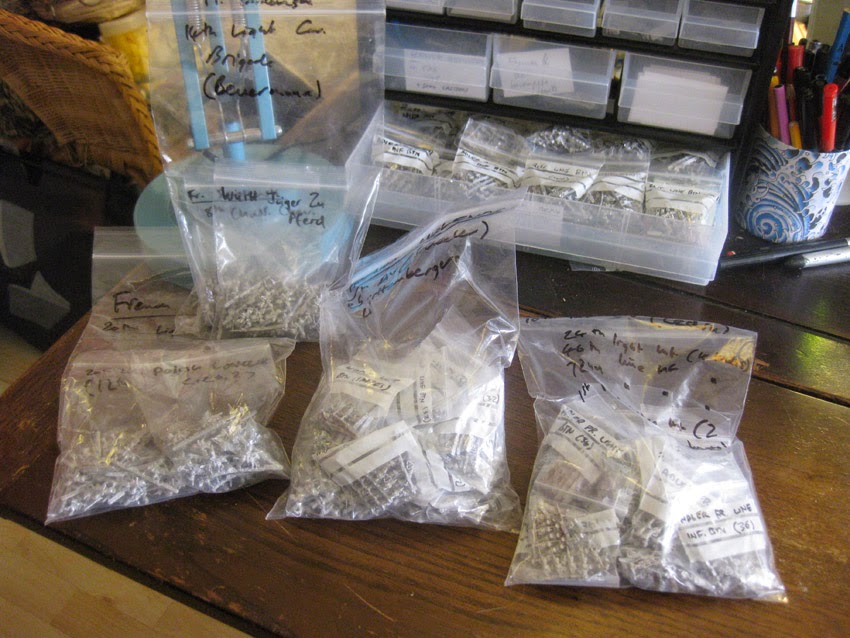 These are my piles, or at least some of them. Each of these bags contains a 6mm French division. The open bottom drawer behind contains the 6mm Russian army. 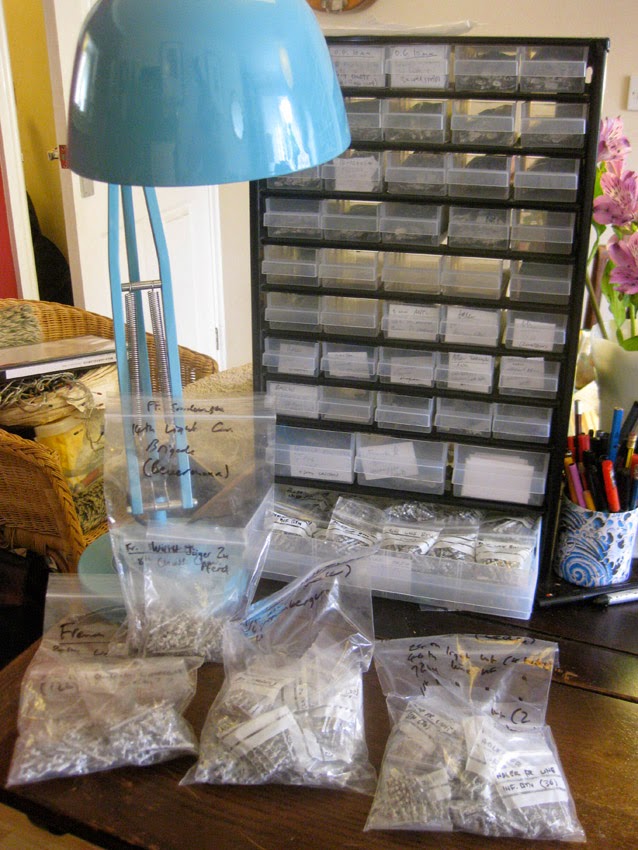 A day or two back I decided I needed to do a stock-take of my 6mm stuff, to get a handle on how much work I needed to do to get the armies painted. I still haven't finished that yet, but I can say now that each army is approximately 1,000 strong in infantry, with circa 200 cavalry and 20 guns each.

Each army represents only part of the forces used in the attack by the French on Smolensk, on 16-18th August 1812, just over 200 years ago. Actually both sides had around 200,000 troops to draw on, but neither side committed anywhere near their full strength, with the French committing about 50,000 and the Russians about 30,000, to this defensive engagement. 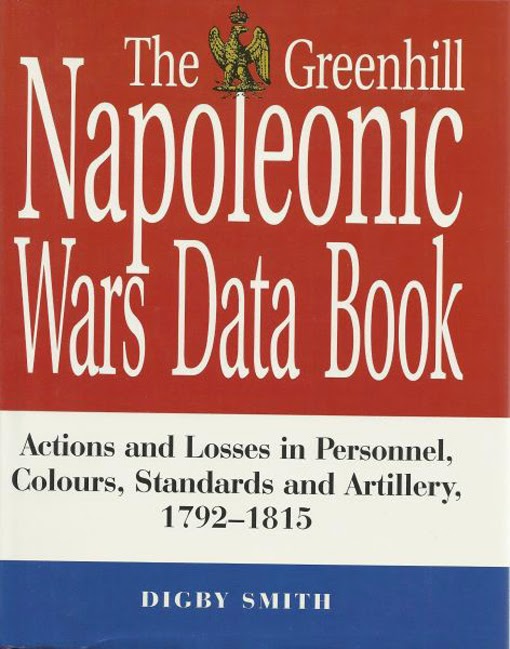 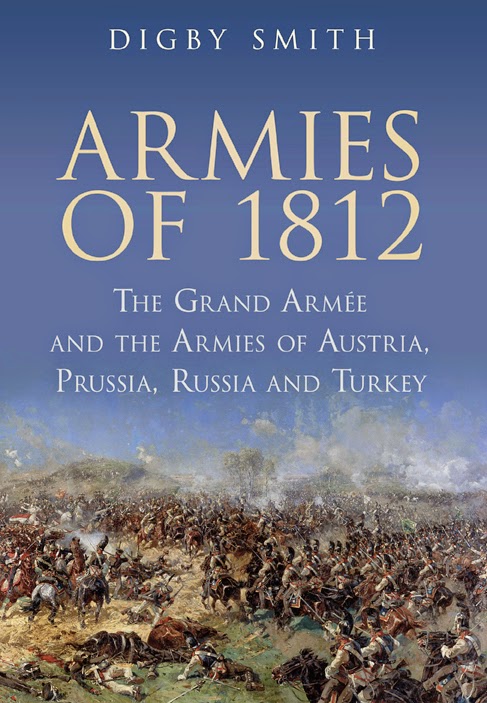 Another essential piece of Napoleonic reference from Smith.

Using Digby Smith's superb Napoleonic Wars Data Book, and a number of other sources, including his Armies of 1812, Wikipedia, and a few books from my ever-growing 1812 library (and, of course, numerous other sources to be found on Ye Olde Interwebbe), I worked over an OOB I had originally created some time ago. I have it as an Excel spreadsheet now, which I reproduce as a graphics file below.

My French OOB for Smolensk

I've got most of the units for the French army, except that my Polish contigent is rather thin (about 10%: two and half battalions, as opposed to 21!). But, although not all the units are complete yet, I do have almost 30 of the approximately 33-ish French battalions! And I've got all the cavalry and most of the necessary guns.

But this all means I've got vast amounts of painting to do... aaarrrgh!! Here's the painting workbench, as is, with two infantry battalions and three-and-a-bit cavalry regts on the go. The 'and-a-bit' element is a single squadron of the 28th Chasseurs a Cheval, which I've nearly finished, and will probably post pics of as my next post on here. 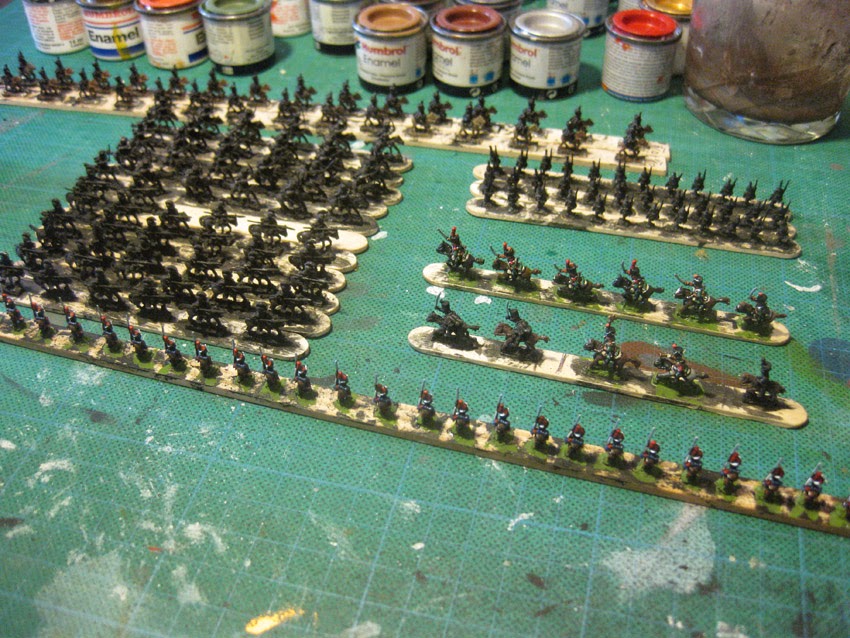 For completeness sake, here's my Russian OOB for Smolensk: 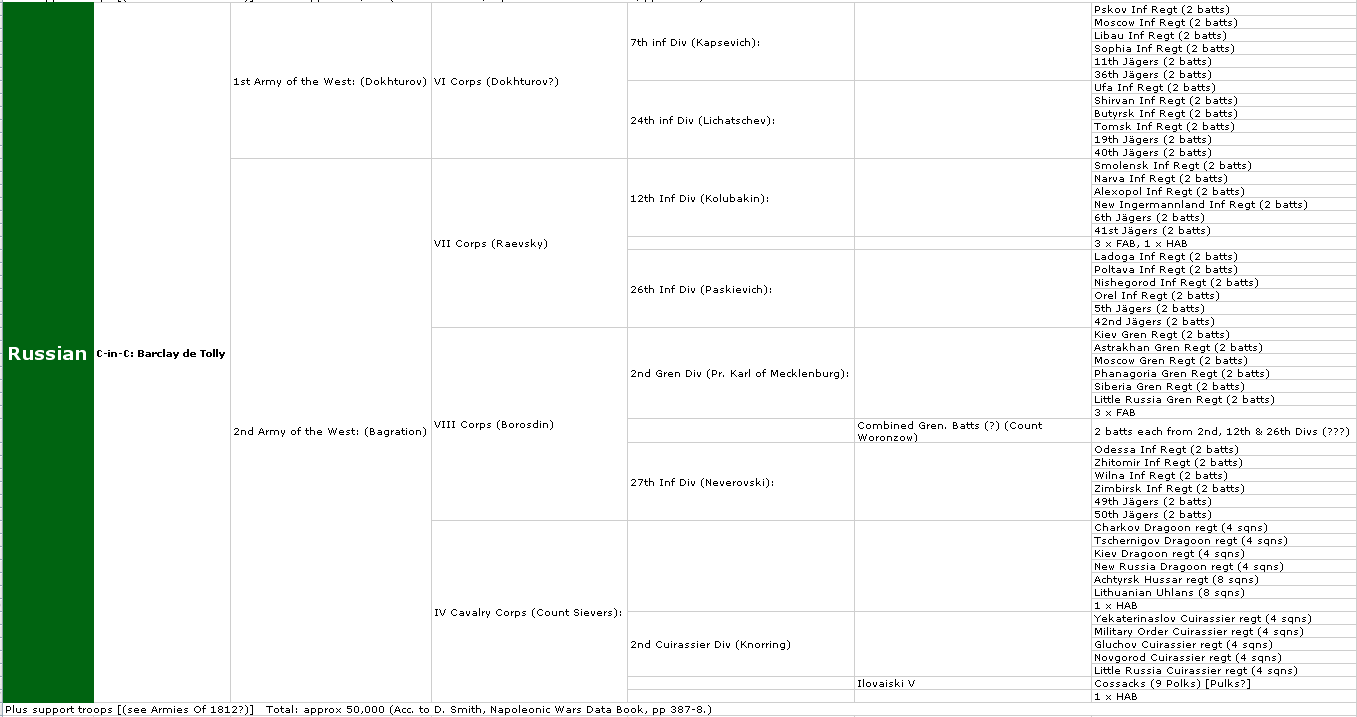 Treat Those Piles: Some Painting Guides

One thing I've coming to realise, in trying to treat my own piles, is that I'm not painting as efficiently as I ought to be. At present I practically finish the figures, then I do a Quickshade wash, and then I spend ages going over the figures, bringing back detail and colour that the Quickshade knocked-back and/or obscured.

I found a good tutorial for 6mm figs here, and there's another here, the first by Richard, who's set up the excellent perfectsix forum (dedicated to Napoleonics in 6mm... heaven!), and the second by Liam/Leon of Adler. Another painting tutorial I really like, although I don't as yet follow his methods (partly 'cause I'm doing 6mm, not 15mm or bigger) is this one, by the meister, Anthony Barton.

The key thing I got from the above is something from Richard's guide: do the wash after blocking in the larger colour areas, i.e. before going into any detail! It seems so obvious to me now (face-slap)! Everything I've painted up until now only got the wash very near the end. Hopefully I'll save some time with this new working method. I need to, with so many figures to paint!
Posted by Seb Palmer at 18:15