Misc: Bugger! Researching, or not... 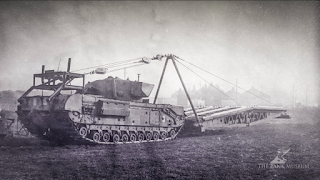 
Hmmm!? Having been putting quite a bit of effort into building hinges for the SBG (small box girder) bridge on my Matchbox Churchill AVRE kit I decided I'd do a bit of research on the subject. I'm wishing I had done so before embarking on this aspect of the model now. 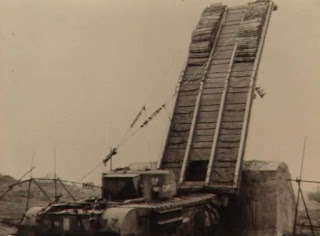 An odd but interesting image.*


It turns out that I can find no documentary evidence at all of this particular Churchill AVRE variant being a folding or 'scissor' type bridge. Indeed, in the Tank Chat video by David Fletcher for the Bovington tank museum he makes the point that skippers of vessels transporting these mechanical monsters disliked them precisely because the bridge acted like a sail, interfering with their ability to control the boats navigation. 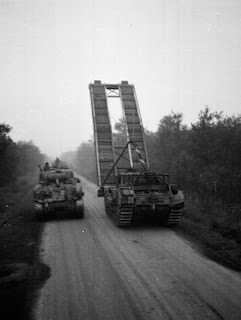 And all the photographs or very brief clips of film I've seen (the latter hard to find and usually embedded within longer YouTube videos) show the bridge as one long object. Unfortunately for me I'd assumed, from the construction - two more or less identical mirror image halves - and possibly from vague memories of images of the Valentine tank-based scissor type bridgelayer, that the enormous bridge would, logically and obviously, fold away. Well, it seems not. 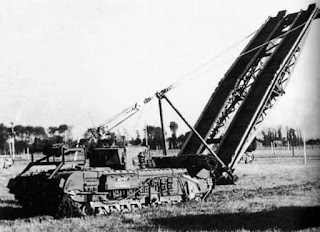 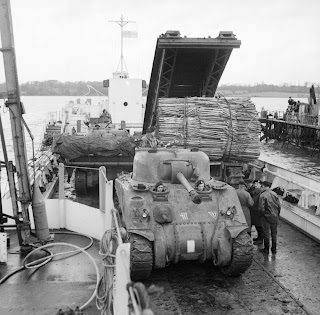 Loaded on a transport, along with a fascine carrying AVRE.


Having said all this, I did find one or two sources of information hinting that either they could/did fold, or that there were some variants that might've done so. Witness the two images below. The first of these is an illustration, however, not a contemporary wartime photo. I don't know what the provenance of this is, or its basis in fact, if any. And then below that there's an example of a model built in that basis. Note that both have extra elelemrnts on the furthest part of the bridge. These look a bit spurious or dubious, as then look like the get in the way of deployment. 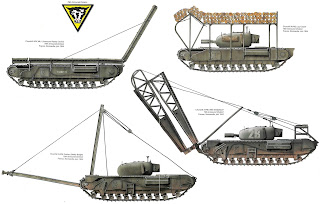 What info is this illustration based on? 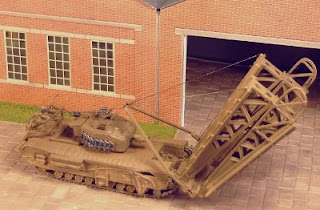 
I reckon I'll post about this on some other fora, and see if I can get some input on this issue, and hopefully clarify it. As mentioned above, I may have seen image at some point, such as that directly below, of a Valentine 'scissor' type bridgelayer. And perhaps subconscious memories of this prompted my assumption that the Churchill AVRE bridgelayer would deploy in the same manner? 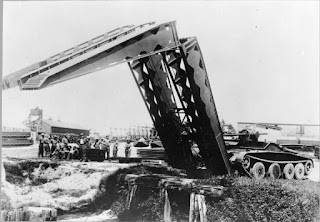 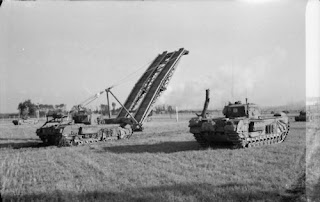 But not so the Churchill.


But without exception the wartime photos of the Churchill AVRE bridgelayer show the bridge as if it doesn't hinge in the centre. I'm surprised, as this makes it very front-heavy, unwieldy, and no doubt tricky to manoeuvre. Imagine trying to negotiate combat damaged towns with that enormous thing on the front! And one suspects that destroyed river crossings would, as often as not, be found in built up areas. 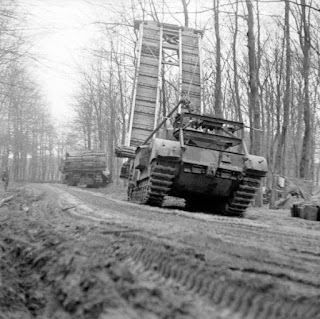 The fascine and bridge-laying Churchill AVREs often operated in tandem. 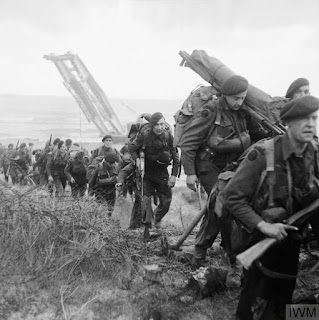 This photo shows how huge and cumbersome an attachment the bridge was.


For now I reckon I'll have to set aside the build, until such time as I resolve this issue to my own satisfaction. I'm guessing I'll wind up building it in line with the historical evidence. In which case I could proceed right away. But part of me hopes that a folding version might have existed, and I'd certainly love to successfully build such a type, as I've enjoyed trying to scratch-build the bridge with working hinges.

The frustrating thing with this is that I've been trying to improve on my tendency to leave projects unfinished, and see them through to completion. And this discovery kind of temporarily derails that process. At least in respect of this build. But I guess it also means I can either return to older projects and get them done, or embark on something new.