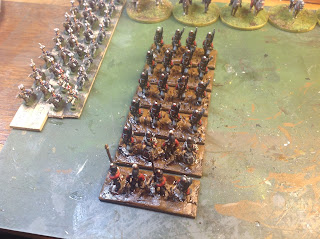 I bought these 15mm AW Miniatures at a show some years ago. Since then it seems the company that made and sold this range has switched to other scales. Or at least last time I checked I couldn't find any 15mm Napoleonics on their website. 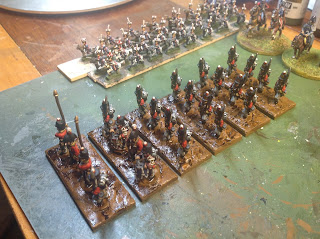 Whilst they're far from the best 15mm (or 18mm) I've ever seen - AB, of course - they're also far from the worst. Rather stocky, with stubby bayonets,and just one infantry pose, they're a bit old school. 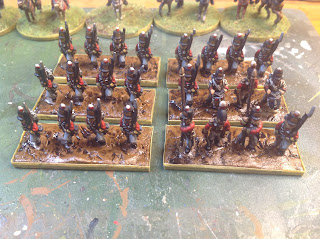 I believe that they came in 'battalion packs', of either 24 or 26 figures, or thereabouts. I would always go for slightly bigger battalions, in the 28-36 figure range. I can recall how at the time I was a bit miffed about this. But I ended up thinking that these'd make nice little on campaign understrength battalions. And they do. 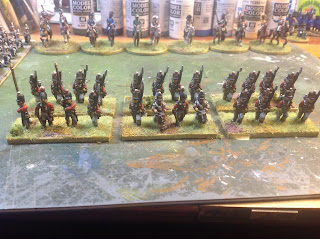 In actual fact these figures paint up rather nicely. It's a shame AW discontinued this range. Maybe they'll bring them back? Or perhaps they'll eventually have a new 15mm Napoleonic range in the pipeline? 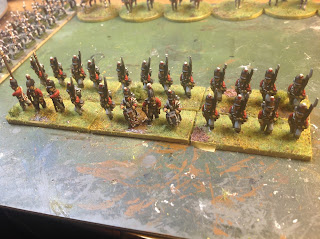 Anyway, for now I have this unit and a companion French battalion. I need to paint and base the Frenchies next. With this lot I might replace the standard-bearer's poles with something less fragile and bendy.
Posted by Seb Palmer at 22:43