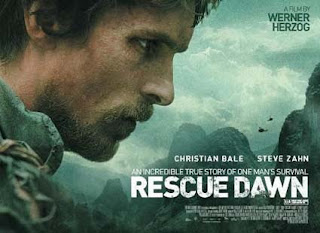 Rescue Dawn belongs to that sub-genre of war movies, the escape film. It also belongs to the category of war movies 'based on a true story'. Christian Bale plays the role of Dieter Dengler, a German who has joined the US Air Force, and is shot down over enemy territory just minutes into his first mission.

One interesting facet of the story is how Dengler's German hometown was bombed by Allied planes, in WWII; but far from putting him off aerial war, this experience plants the seed that leads him to wind up in the USAF, bombing Laos. One thing that's not examined at all in the film, as far as I recall, is why or for what either side is at war. 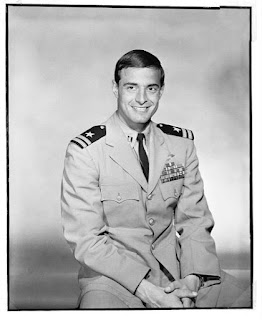 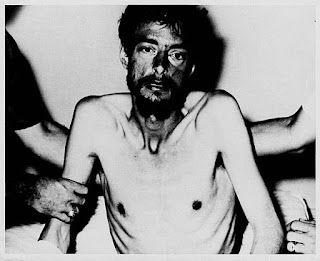 Dengler after his escape.

There's not too much to say about the plot, as the scenario is relatively simple, and relatively familiar. Man, or rather men, must escape cruel captivity and possible/near certain death, by negotiating hostile terrain, filled with both enemies of a human kind, and the dangers of a harsh environment. And it's not just about staying alive, but staying sane.

All the actors acquit themselves very well - Bale's performance is solid and convincing, Steve Zahn's Duane is great, and Jeremy Davies is kind of spooky as Gene de Bruin - and the film is superbly shot and well directed. And yet somehow it doesn't have quite the intensity it perhaps ought to. Well, it does at certain points. But I won't say exactly what/when, for those who haven't seen it.

Certainly one sees how and why Dengler survives, if Bale's highly motivated and positive performance bears any relation to the real Dengler. 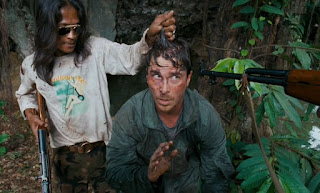 ... but planning his escape right from the outset. [1]

It's also a very beautifully filmed movie, as well. The location shooting, filmed in Thailand, in a real steaming, green, hot, wet jungle, is great. Unfortunately it's almost so beautiful that at times it's hard to feel empathy with the characters' suffering.

Herzog has been criticised by relatives of the de Bruin character, who's portrayed here as deeply disturbed and fairly helpless/selfish, when in fact he'd done a lot, according to some sources, to keep morale up amongst the longer serving prisoners. Indeed, it's even been said that the escape was planned before Dengler's arrival, and... well you can read up on this online if you like! 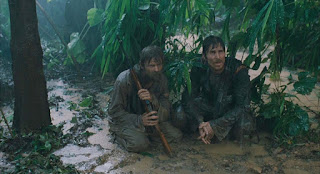 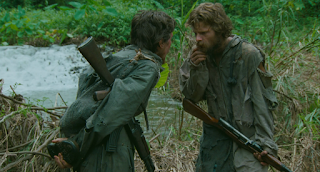 The Viet Nam war is not a major interest for me. It seems to me that, in good time, it'll look shabbier and shabbier; a war motivated by right-wing free-market hawks, paranoid about Communism, and willing to destroy whole societies by violent force to move them towards the western consumer based military-industrial model, cynically passing it all off as the exporting of democracy. Nevertheless, I can quite enjoy watching movies drawn from its murky history.

This is a good film, worth seeing. But not a classic, even if it is based on a true story. 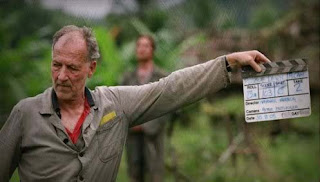 [1] How close Herzog steers to the actual history is an interesting subject in itself. But not one I explore here.
Posted by Seb Palmer at 16:11