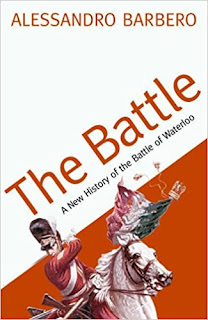 Comprehensive and well laid out, The Battle really benefits from Barbero's use of short pithy chapters. Each is enjoyably punchy and succinct, and the large number, and rapid progress you can make through them, make for a galloping good read.

I'd have liked a glossary, 'cast list' and order of battle. Regarding the latter, he explains, as indeed do most recent writers on such subjects, that armies on the ground never matched their theoretical or 'paper' strengths. But even so, a concentrated listing of units and numbers involved (perhaps as an appendix?), even if approximate, would have made for a reference as handy, and to my mind as essential, as good maps.

Talking of maps, the maps here are all grouped together near the front of the book, and are okay, although I've seen clearer/better. The inclusion of a portion of the Ferrari & Capitaine map - see image below - as used by Boney (and also the source for Wellington's maps), is a nice touch. There are also a good number of evocative illustrations. 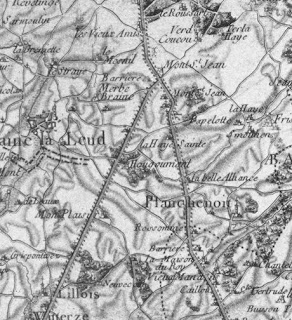 There's an immense amount of interesting and indeed often exciting detail, as the concentrated carnage ebbs and flows along what remains an unusually contracted front, given the overall numbers that were involved at Waterloo. Barbero's writing is excellent, and he does a superb job of evoking the excitement of the battle, capturing it in all it's horrifying and gory glory.

The grand scale of this intense battle is humanised by Barbero's liberal peppering of his narrative with piquant observations from participants, making for a gripping read. This is the sort of exciting history that can kickstart a lifelong passion for a subject. I was glued to The Battle from start to finish, and thoroughly enjoyed it, so I'd recommend it highly. 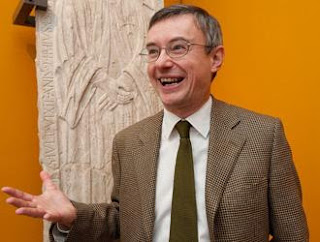