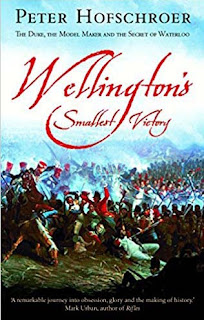 As a child fascinated by Napoleonic history I was bought an Airfix Waterloo set. Between then and now I've more than once fantasised about building a big Waterloo diorama. It came as something of a shock and surprise to learn, many years later - having consigned such dreams, along with my interest in the period (the latter only temporarily, as it turned out), to the dusty attic room of memory, a kind of childhood-in-storage - that someone had in fact done this [1]. This someone being William Siborne, the subject of this fascinating, informative, and highly enjoyable book.

Despite returning to my childhood interest in things Napoleonic, particularly in terms of reading quite widely on it, Siborne's model was unknown to me until I discovered this book: the very idea that someone had realised this childhood ambition of mine seemed like the stuff of dreams come true. But, as the saying has it: be careful what you wish for! Poor old Siborne's travails were such that ultimately his health suffered, the building of his epic model creations perhaps contributing to the shortening of his life.

I picked this book up on a Sunday morning, and barely put it down, finishing it off the following day. Without interruption it could quite plausibly be read in one sitting. I guess this means I found it pretty compelling! 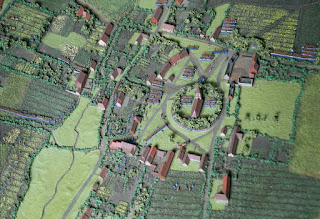 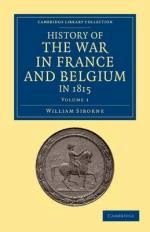 I've revisited this review, originally written some years back for posting on amazon.co.uk, since I have now seen both the 'large' Waterloo model, at London's National Army Museum in Chelsea, and his second, or 'new' model, depicting the charge of Uxbridge's cavalry, at the Leeds Armoury. Both are amazing works. The NAM's model, the core subject of Hofschröer's book, showing the entirety of Waterloo is very large. And when I went it was rather difficult to see or admire properly, being in a sealed room behind glass, only viewable from two sides. 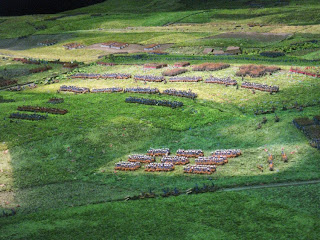 Thousands and thousands of tiny figures were cast for Siborne's Waterloo.

It's also on a scale where the figures are really tiny, being only about 5mm tall. The 'new' model has a figure scale where they end up closer to an inch in height, and is, consequently - though it shows only a much smaller portion of the battlefield - far easier to see and admire. Hofschröer, to his great credit, even addresses such arcane but interesting matters as the different scales and ratios used, in terms of models to actual participants, and vertical and horizontal ground scales.

One of the major points that this book makes, however, and the theme gives the book it's title as well, is the contention that arose between Wellington and Siborne regarding historical truth: as has often been pointed out in regards to generals on the day of a battle, what they say on the field frequently prioritises the need to motivate subordinates as opposed to a desire to be factually correct. And even after the battle, there are myriad reasons why exact truth might be, and often is, the first casualty of war. 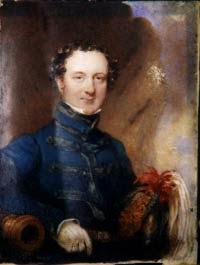 Hofschröer contends that Siborne is the truth-teller regarding Waterloo, having the Prussians arrive earlier and in larger numbers than Wellington wanted to admit to. Wellington was, Hoschröer argues, playing politics. 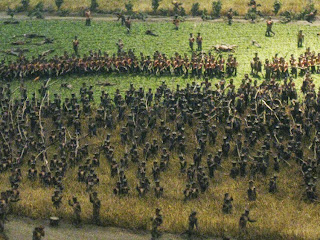 This fabulous scene is a view of  Siborne's other Waterloo diorama.

Such wrangling didn't affect the Uxbridge cavalry charge model (as far as I recall) a portion of which appears in the image above - but it severely affected the work on the Waterloo model, which was both delayed and revised, and was almost never completed because of this business. But as this is precisely what the book's about, I'll leave it there and let you read and decide for yourselves.

PS - I have vague recollections of a villain in one of the older 007 movies having various dioramas in their lair, possibly including one of Waterloo: is this right? And if so, can anyone tell me which Bond film it was?

I originally wrote this review some years ago, and have only now got around to posting it here. It is very sad to have to record that Peter Hofschröer has been convicted of some pretty sordid offences. What does this mean for his work as a Napoleonic historian? 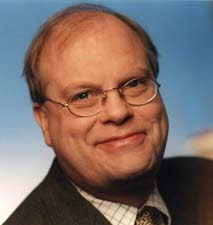 [1] Of course many have now done so. But, as far as I know, Siborne was the first. Certainly he was the first to build such a painstakingly researched model of the entire battlefield.

[2] Now at the National Army Museum. Plancenoit was one of the key points at which the Prussians arrived, and made the difference between probable defeat for the allies, and certain victory.

[3] I believe Hofschröer has fallen spectacularly, and is now in prison! How the circumstances of that entirely separate and different imbroglio might affect a readers' views of his often deliberately contentious Napoleonic work, well... I don't know?
Posted by Seb Palmer at 16:55