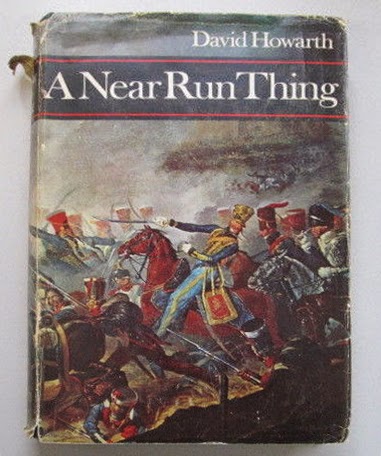 I absolutely loved this book, it was right up there with Barbero's The Battle (also about Waterloo), and works like 1812 by Zamoyski, or Paul Britten Austin's superb 1812 trilogy (both about the disastrous invasion of Russia). In an assessment I'm entirely in agreement with, Napoleonic military book specialists Empire Books [1] describe it in their product listings as 'One of the most admired accounts ever written on the Waterloo campaign.'


Unlike a lot of books about Waterloo, which often cover all sorts of other aspects, such as Napoleon's return from Elba, the battles of Ligny & Quatre Bras, etc, Howarth confines himself to the day itself. I don't doubt that some fussy Napoleonic buffs out there could pick holes in his portrayal of the days events (written in the late 1960s), but as he himself quite rightly says on p.v of his introduction 'too much has been written about the arguments ... too little about the experience'.

Like Paul Britten Austin, whose trilogy on Napoleon's ill-fated Russian expedition is one of my favourite Napoleonic history books, Howarth based this account on the memoirs of the participants themselves, of whom he observes 'Behind all their stilted prose, and underneath their peacock uniforms, they were much the same ...' as we are. Unlike PBA, who uses his sources verbatim, Howarth chooses to reformulate the first hand accounts into his own prose. A job he does extremely well. 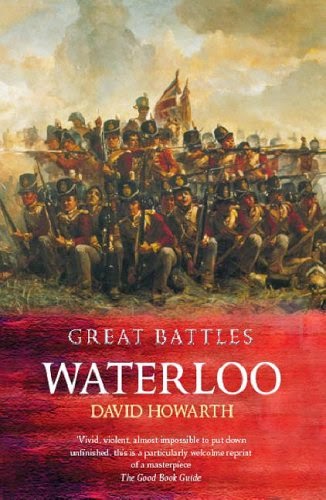 Pictured at the top of my post is the older hardback edition I own,
whilst shown above is the current 'Great Battles' series paperback.

Howarth indulges in some speculation, in particular regarding Napoléon's health. He pretty much seems to take the line that Napoleon was very unwell on the day of Waterloo, and that this was in large part responsible for his poor performance. This kind of speculation has become quite unpopular and unfashionable in modern scholarship, but, as he points out at the start of his book, this is not a work of scholarship, but a dramatic retelling of the days events, based on the words of the participants themselves.

The Napoleonic wars were amongst the first, as Howarth himself points out, in which, thanks to increasing levels of literacy, we get accounts from all levels, from generals down to rankers. Using many such contemporary accounts, from the personal narratives of officers and men to Captain Siborne's exhaustive work - 'which I suppose' writes Howarth 'is the most detailed, authoritative and boring account of the battle ever written' - itself based on a massive evidence-collecting correspondence with participants, Howarth's rendering is anything but dull.

When I read this I was glued to the book, for two days solid, reading it in every available spare moment. It's a highly accomplished telling of a tale that's very often been told, but very rarely with such verve. It's always exciting, and often very moving. The 'Night' section (he divides the battle into chronological periods of the day) is terribly poignant and affecting, the story of William Howe De Lancey being deserving of a tragic romance. This is the sort of book that could easily kindle a lifelong love of history. 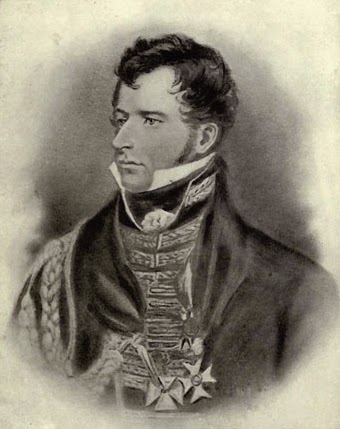 My copy is a 1969 Literary Guild hardback, heavily illustrated. I can't vouch for the 'Great Battles' edition, which is the version most easily available now from seller like Amazon. But if they've left the text as it is in the Literary Guild version then, unlike Napoleon, you can't lose. In a single word: brilliant

[1] I found various listings for this companies books, in $, but I couldn't actually find them under the name Empire Books (that lead to a martial arts publisher!) as a company in their own right on the web. Do they still exist? Are they an Australian or an american outfit?