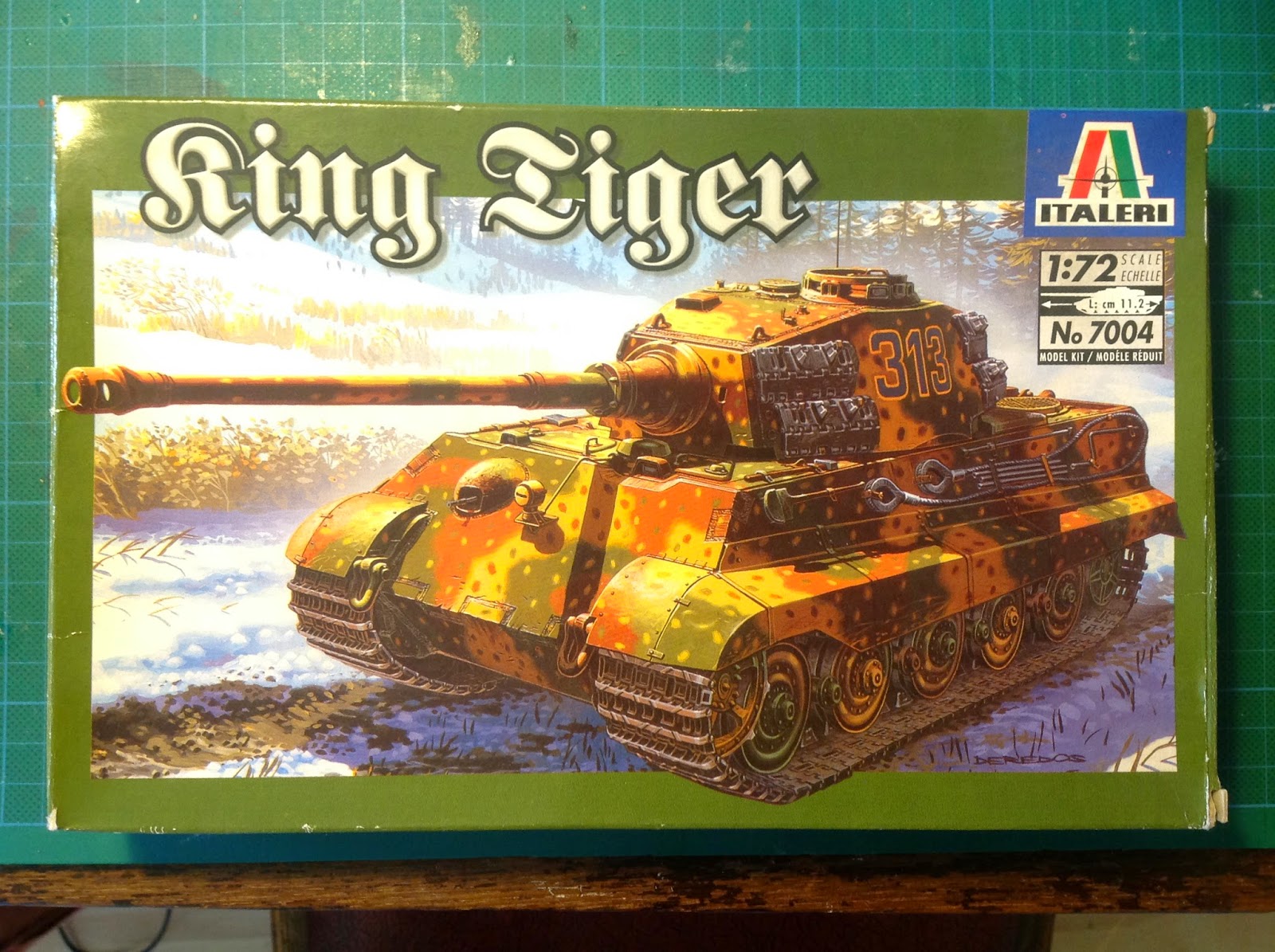 I built the Italeri 1/72 King Tiger over the last day or two. It was a simple and enjoyable build, by and large. The first few pics just show the usual 'what's in the box?' stuff. 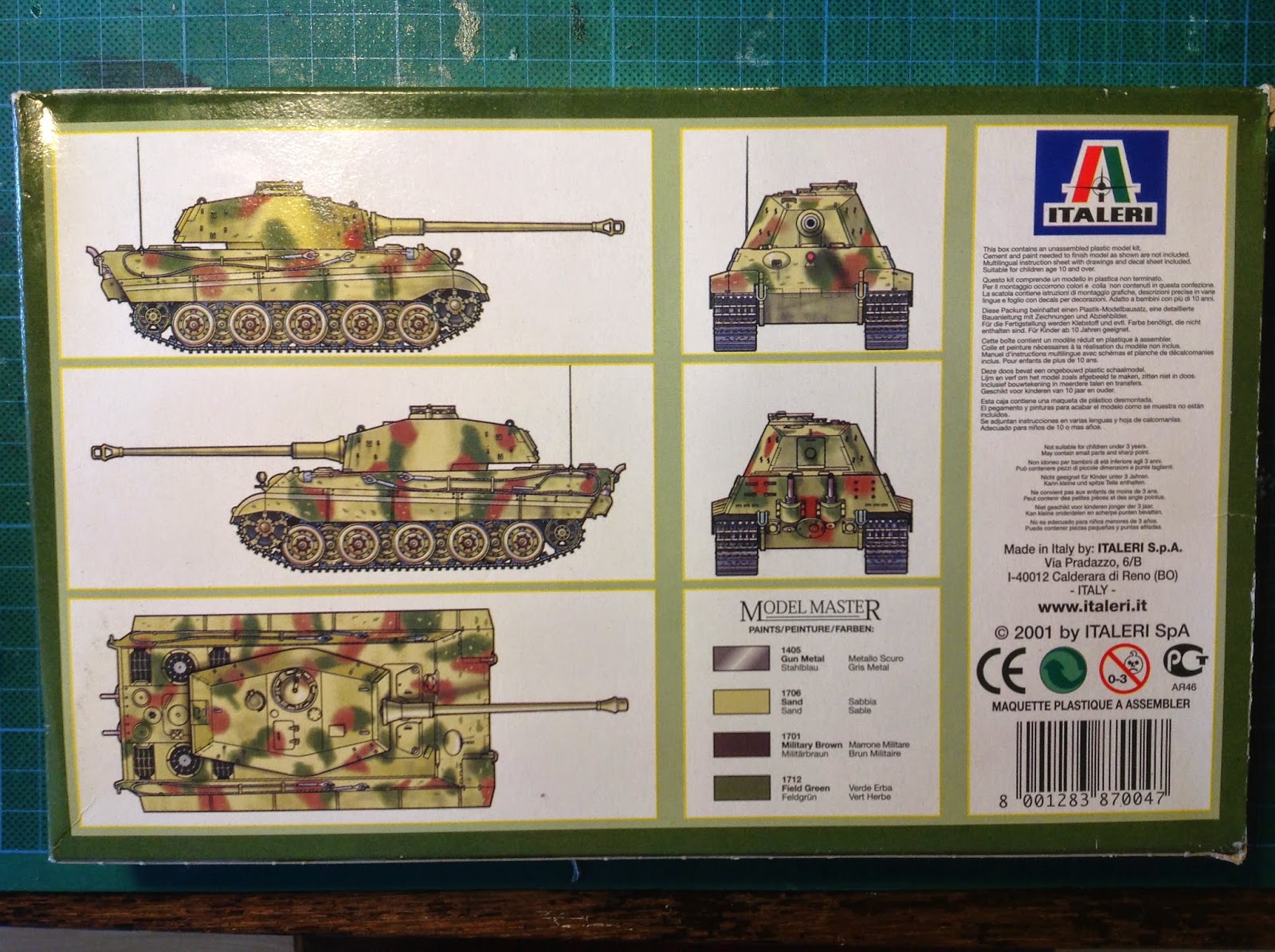 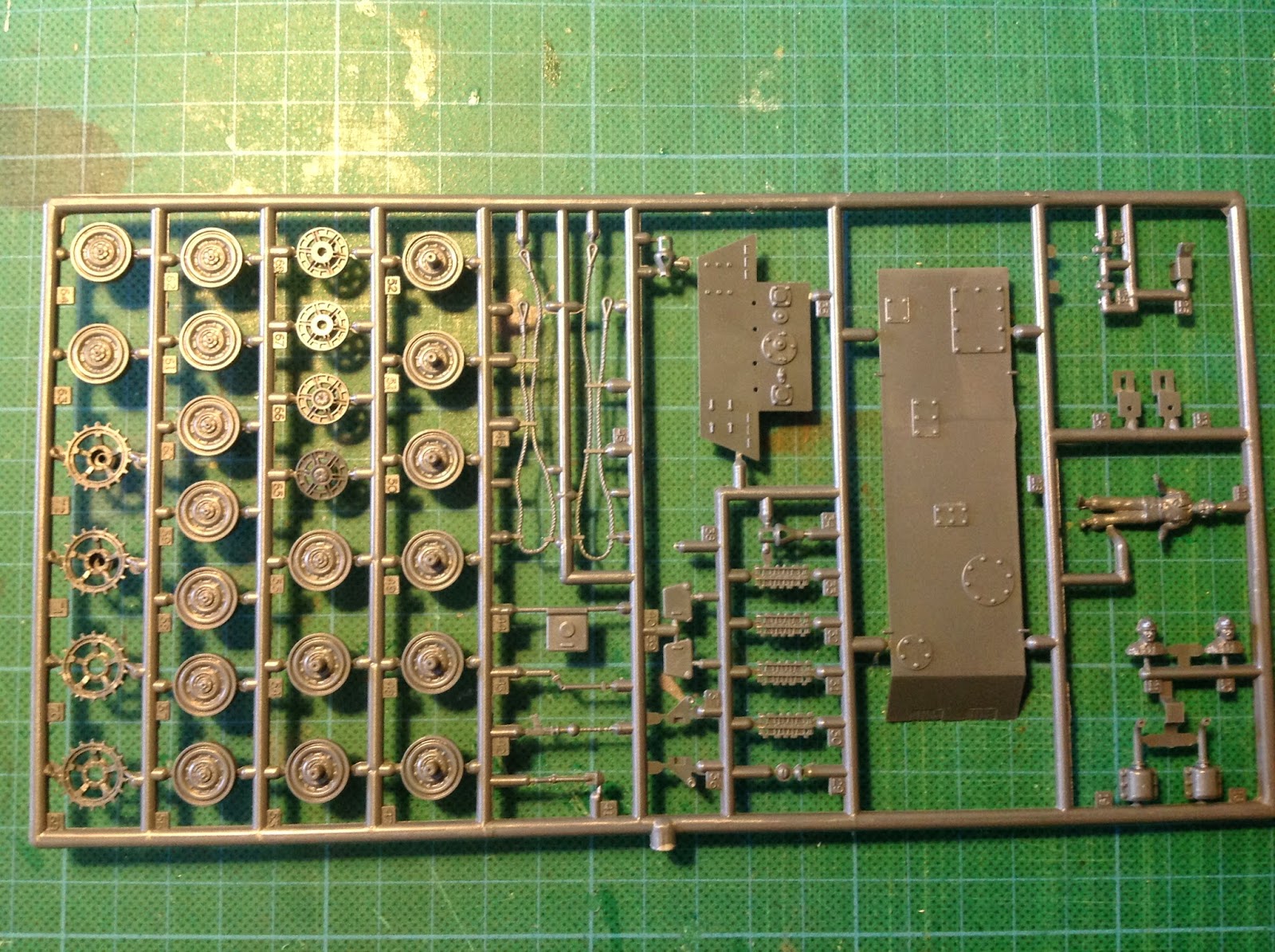 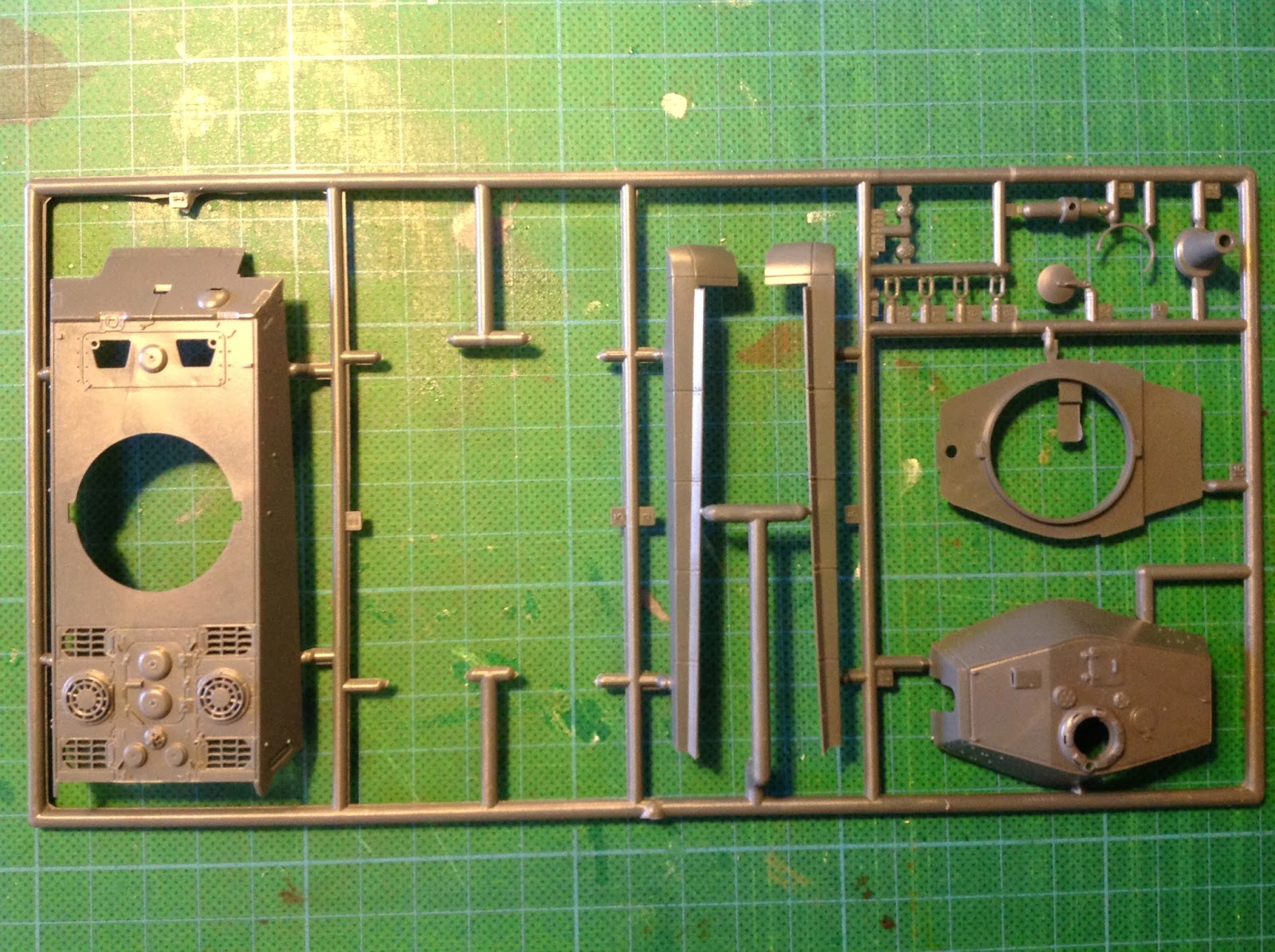 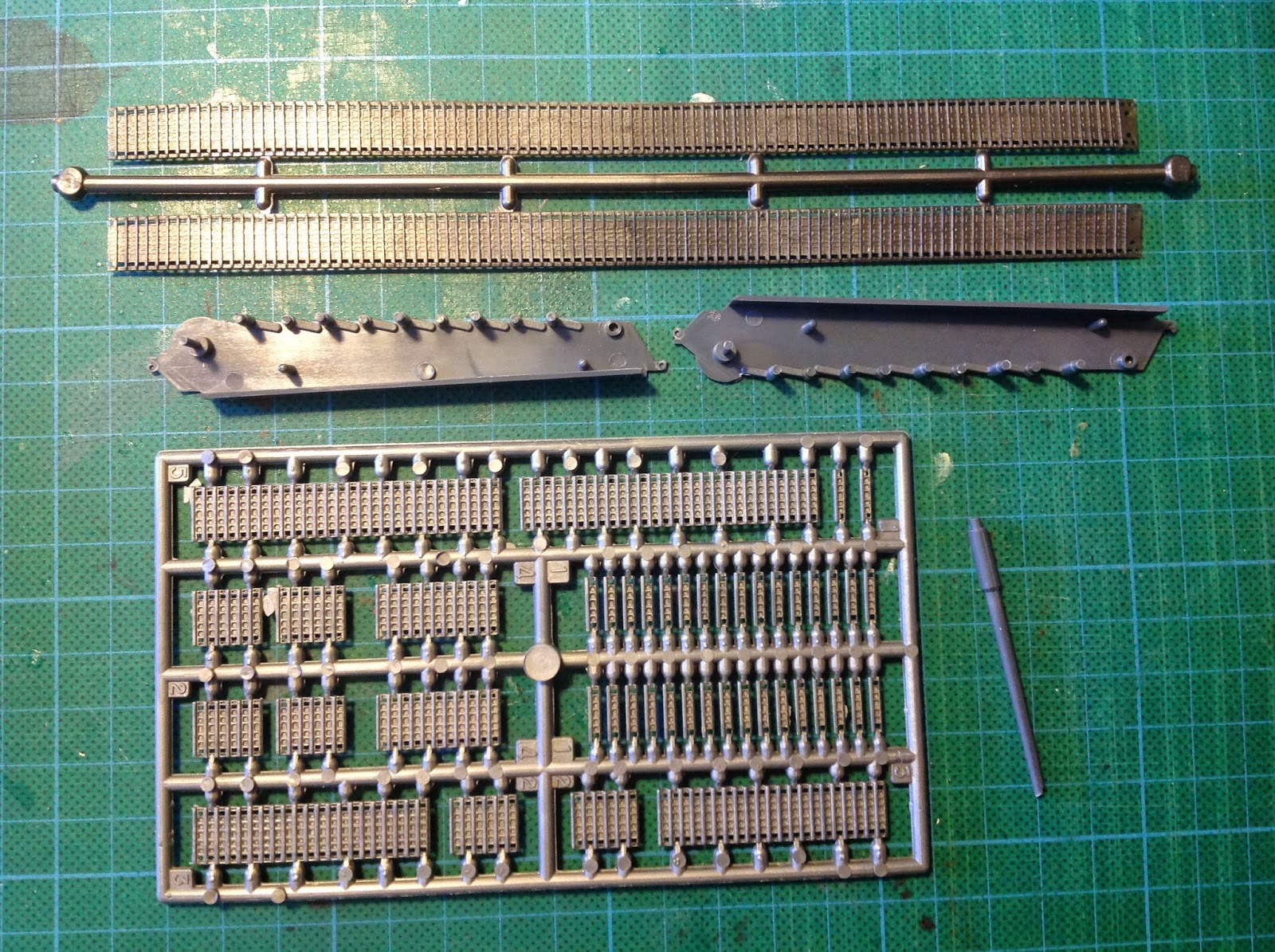 You get two sets of tracks, as pictured above: a link-and-length set, and some of the old rubber band jobbies. The only really tricky part of the build was the tracks, as we'll see below. 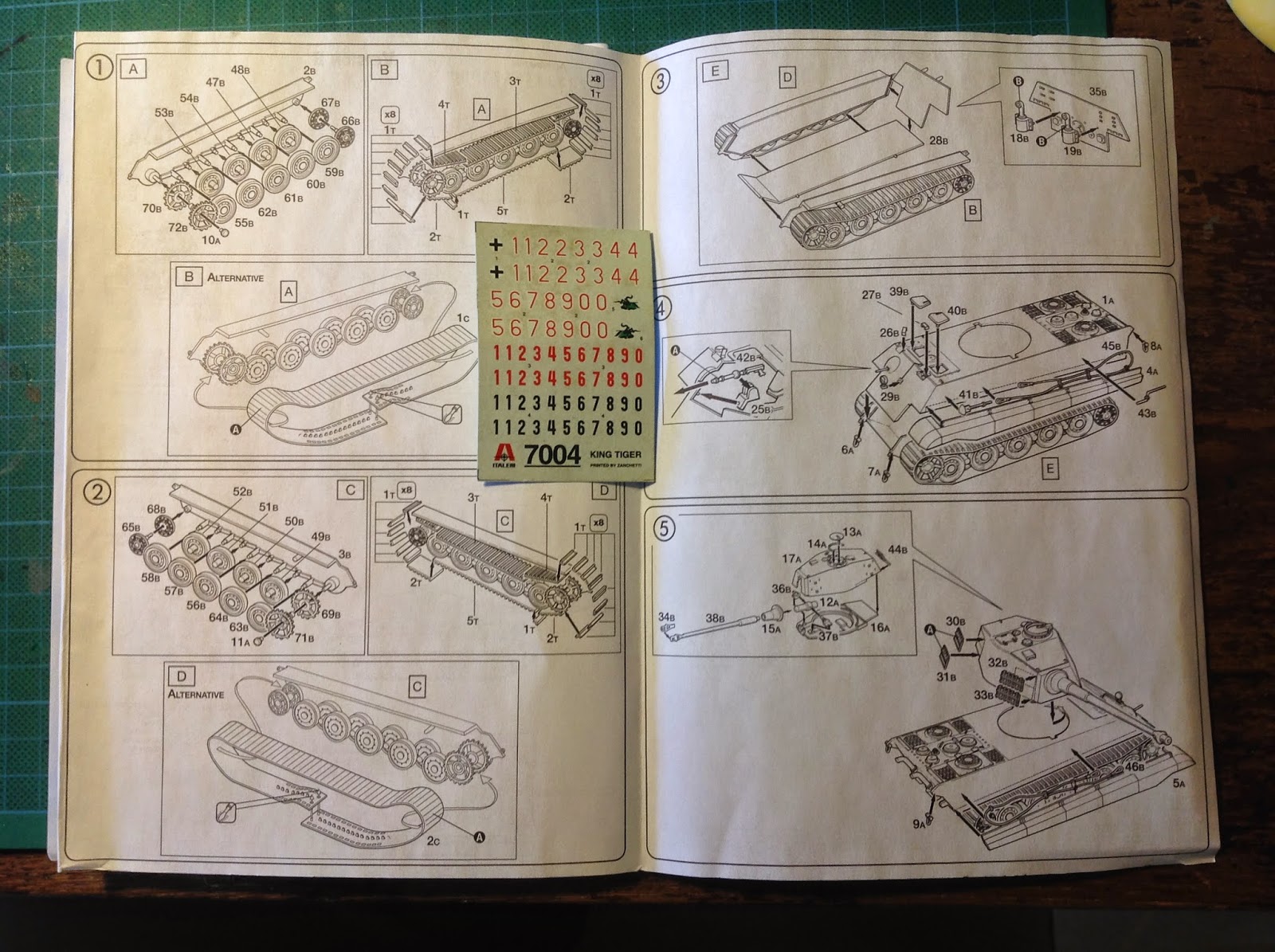 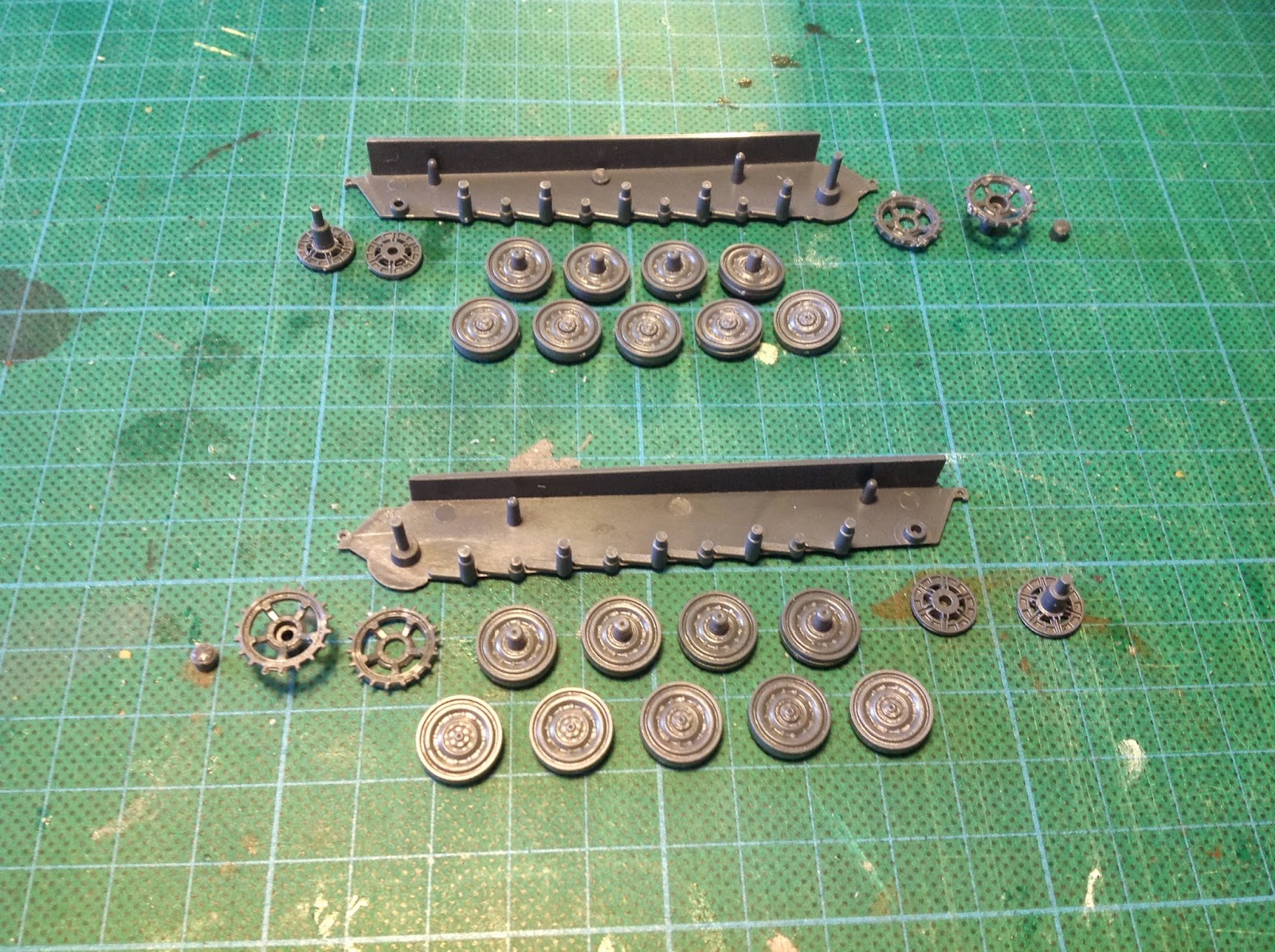 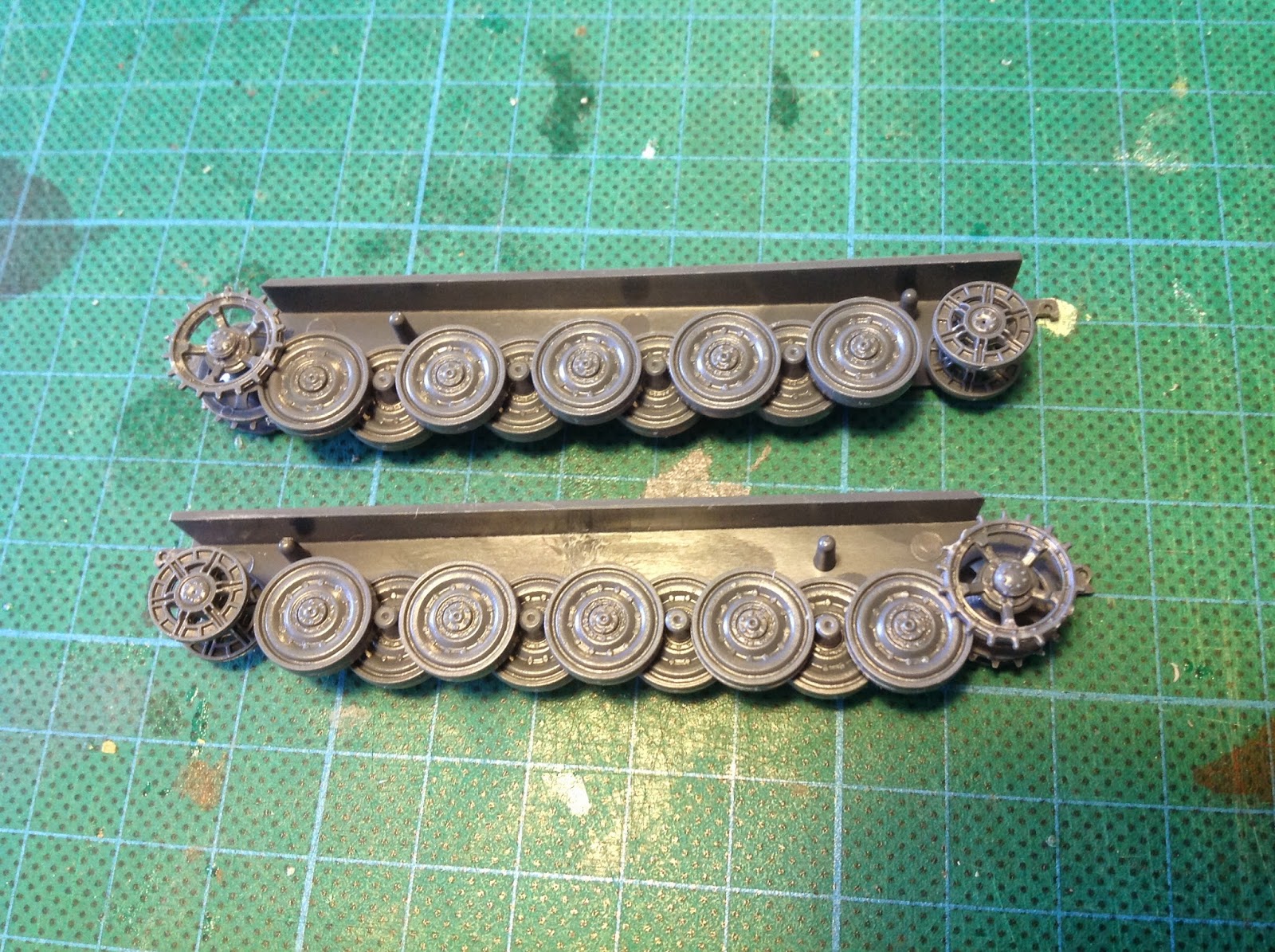 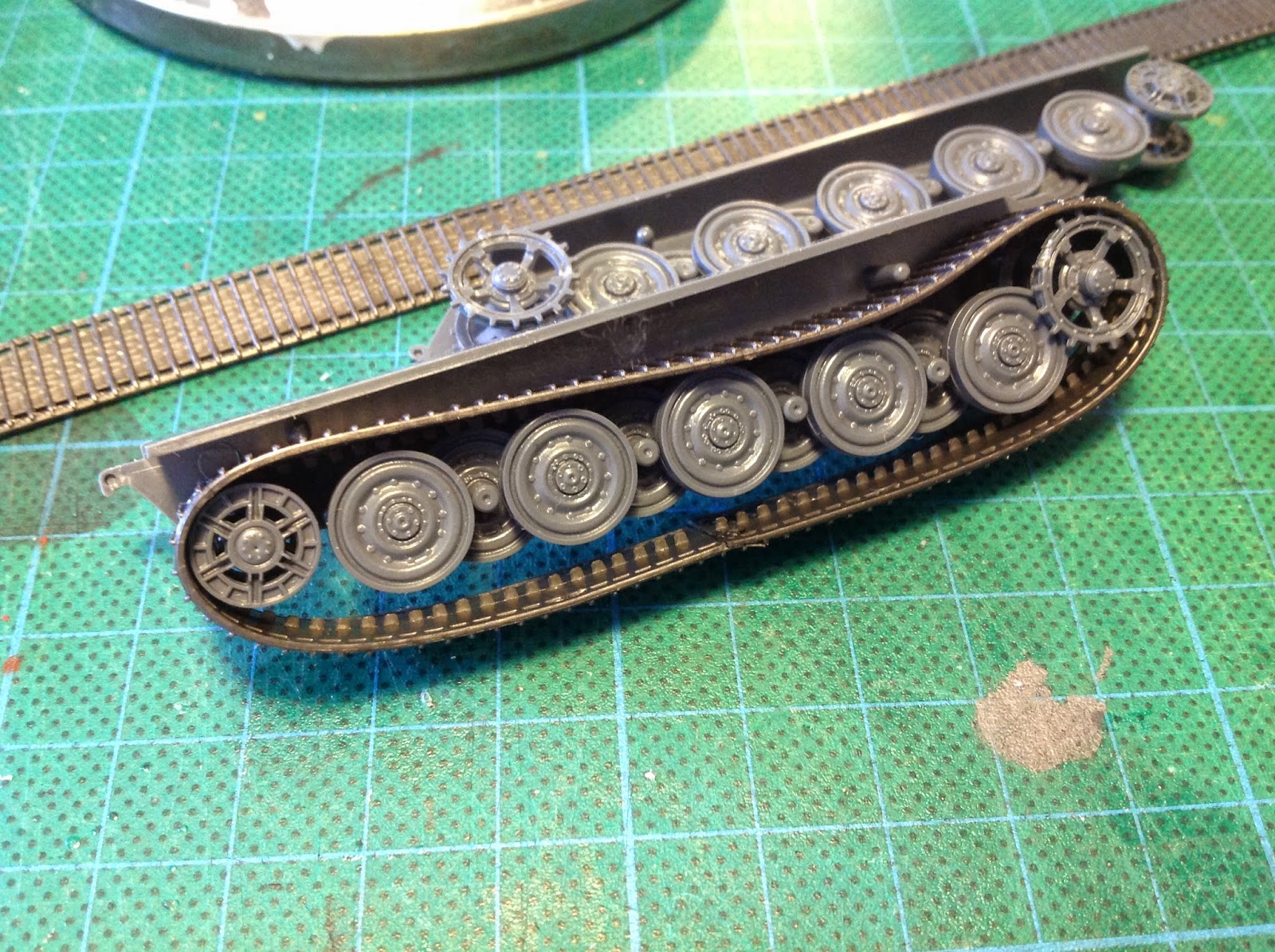 The rubber band tracks are, as can be seen, oversized. So, I thought I'd do the link and length ones... 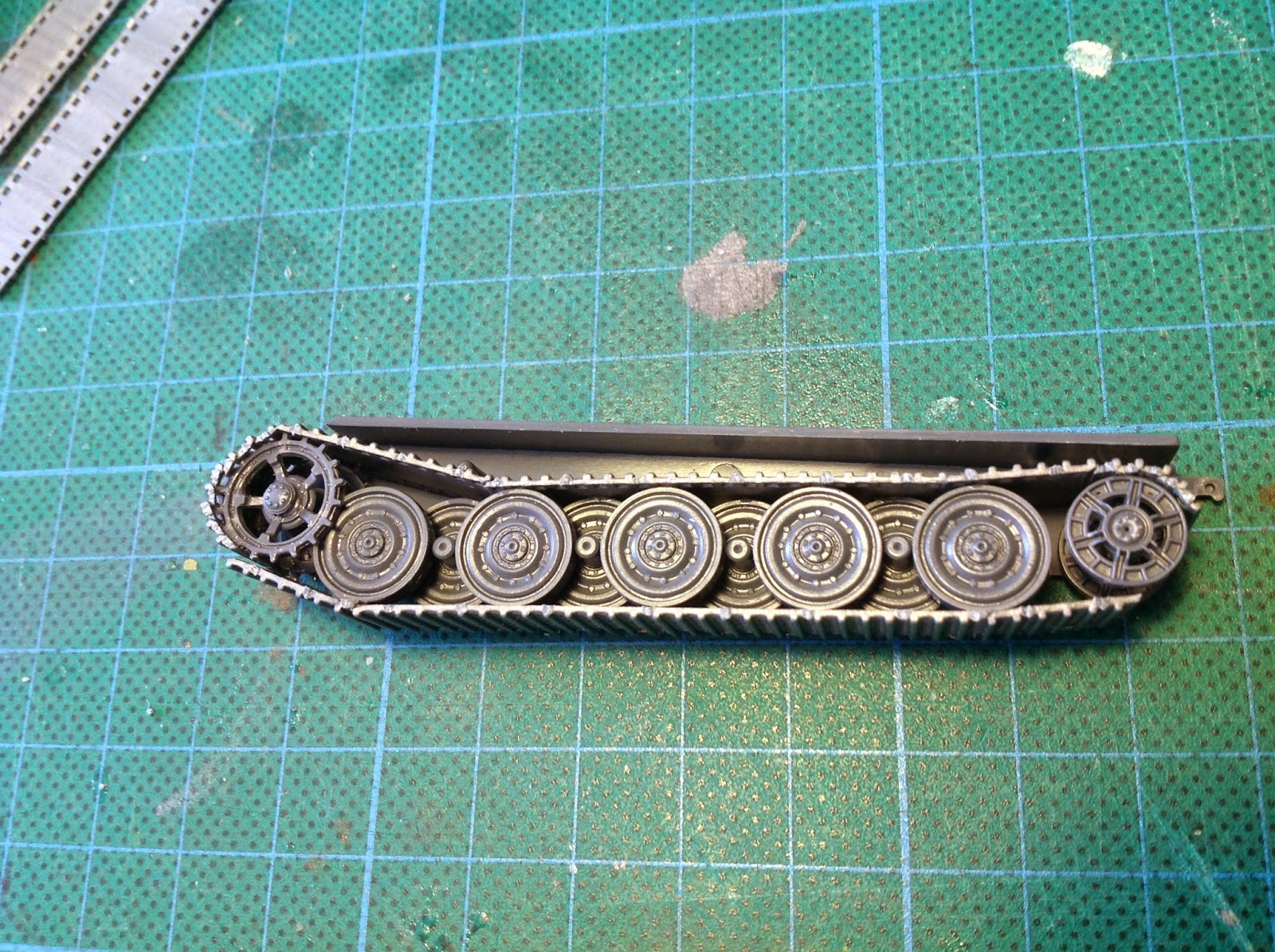 Hmmmm!? So, I made a right mess of these, and in addition to that... they're too short! 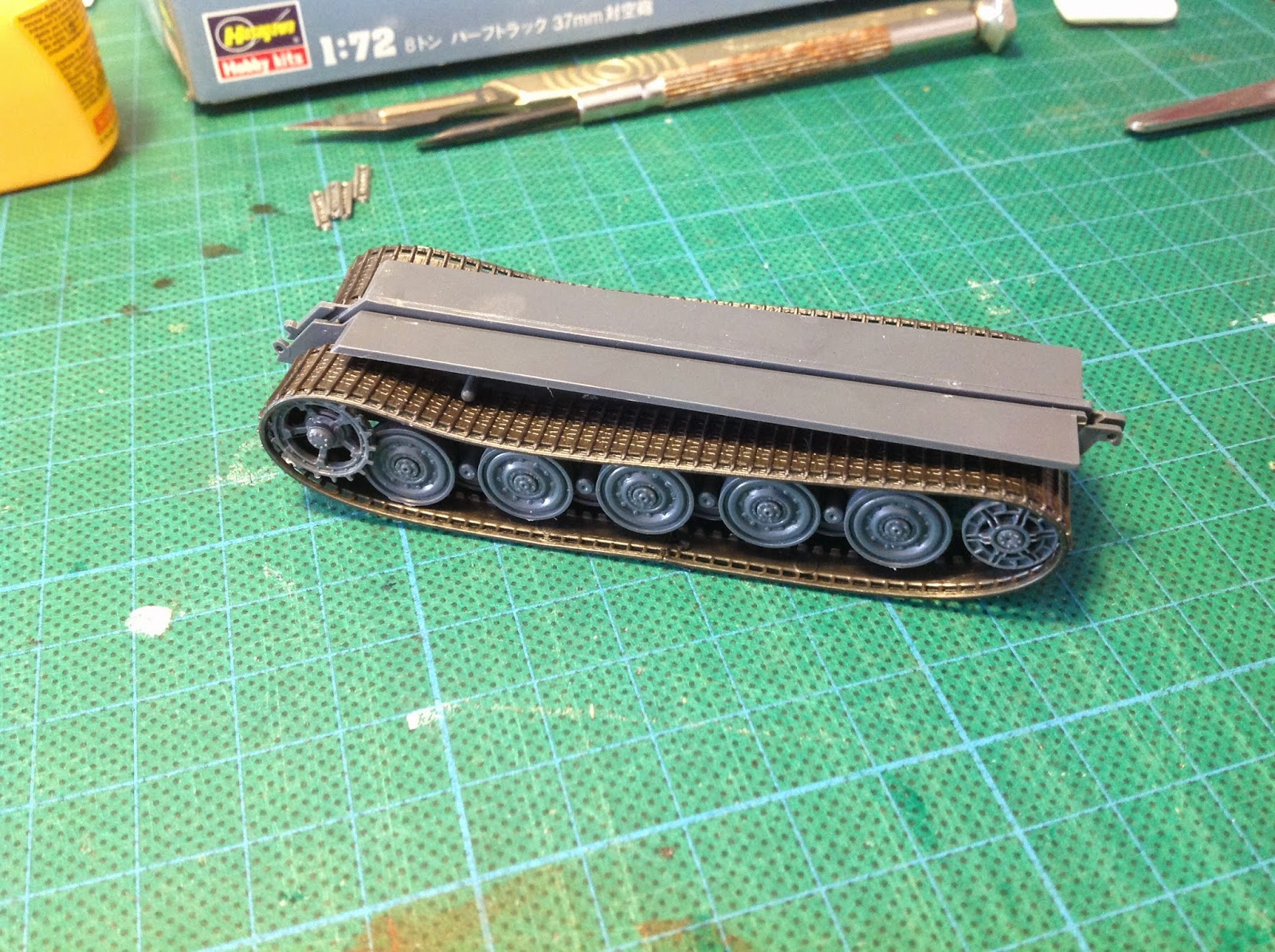 So... back to the rubber band tracks. 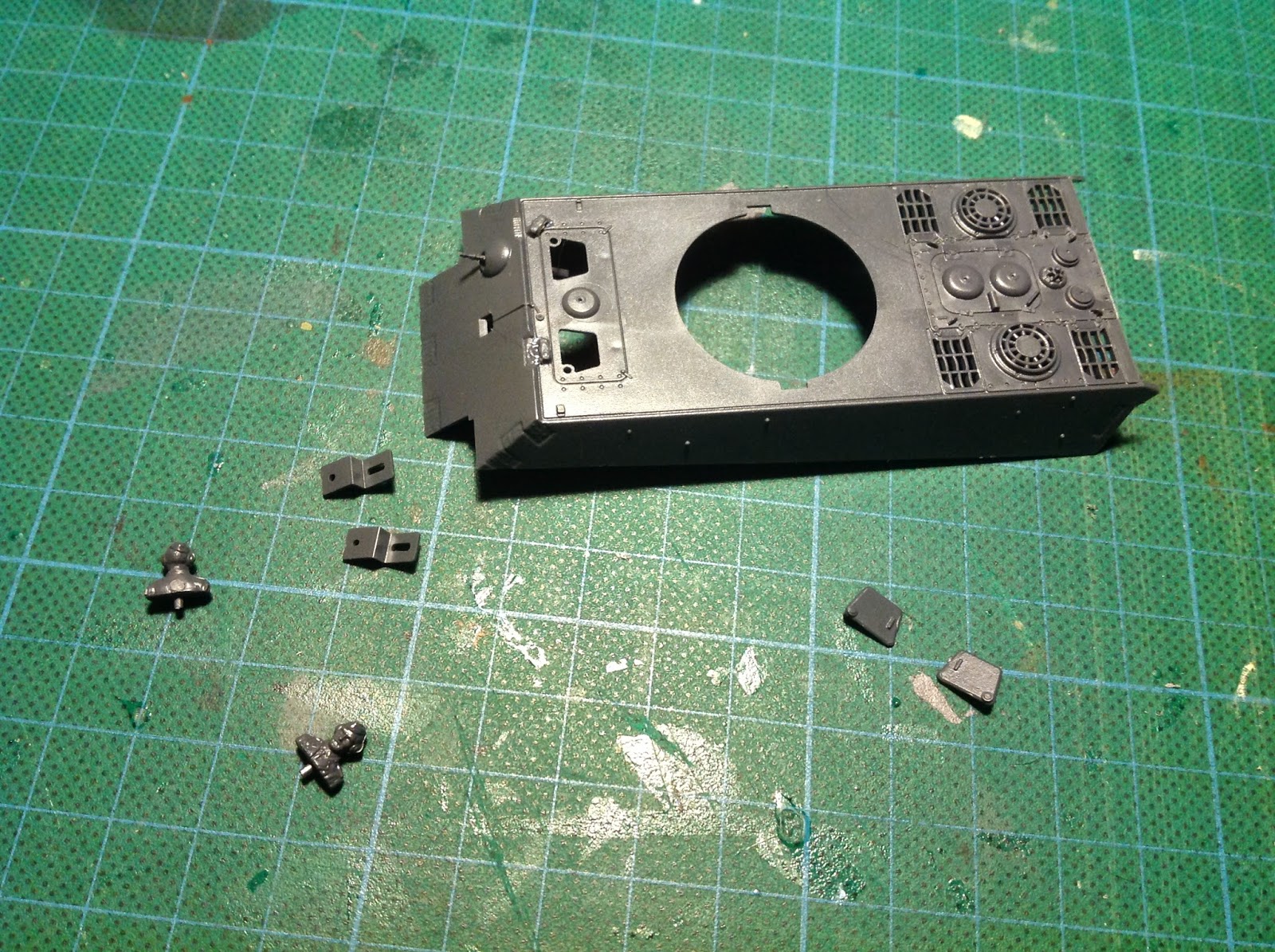 The two driver type figures are identical, and are fixed to the little bracket type parts you can see pictured above. 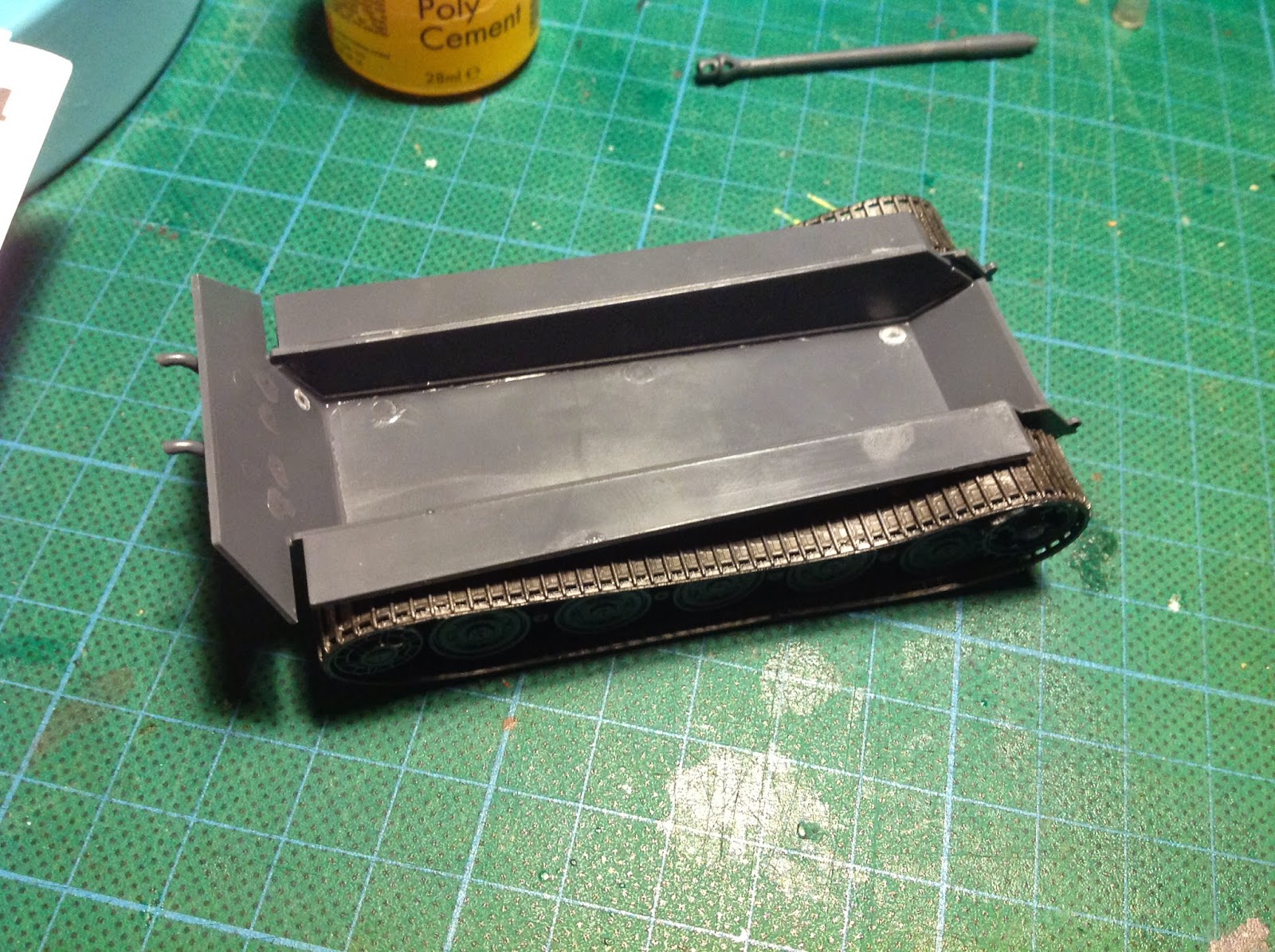 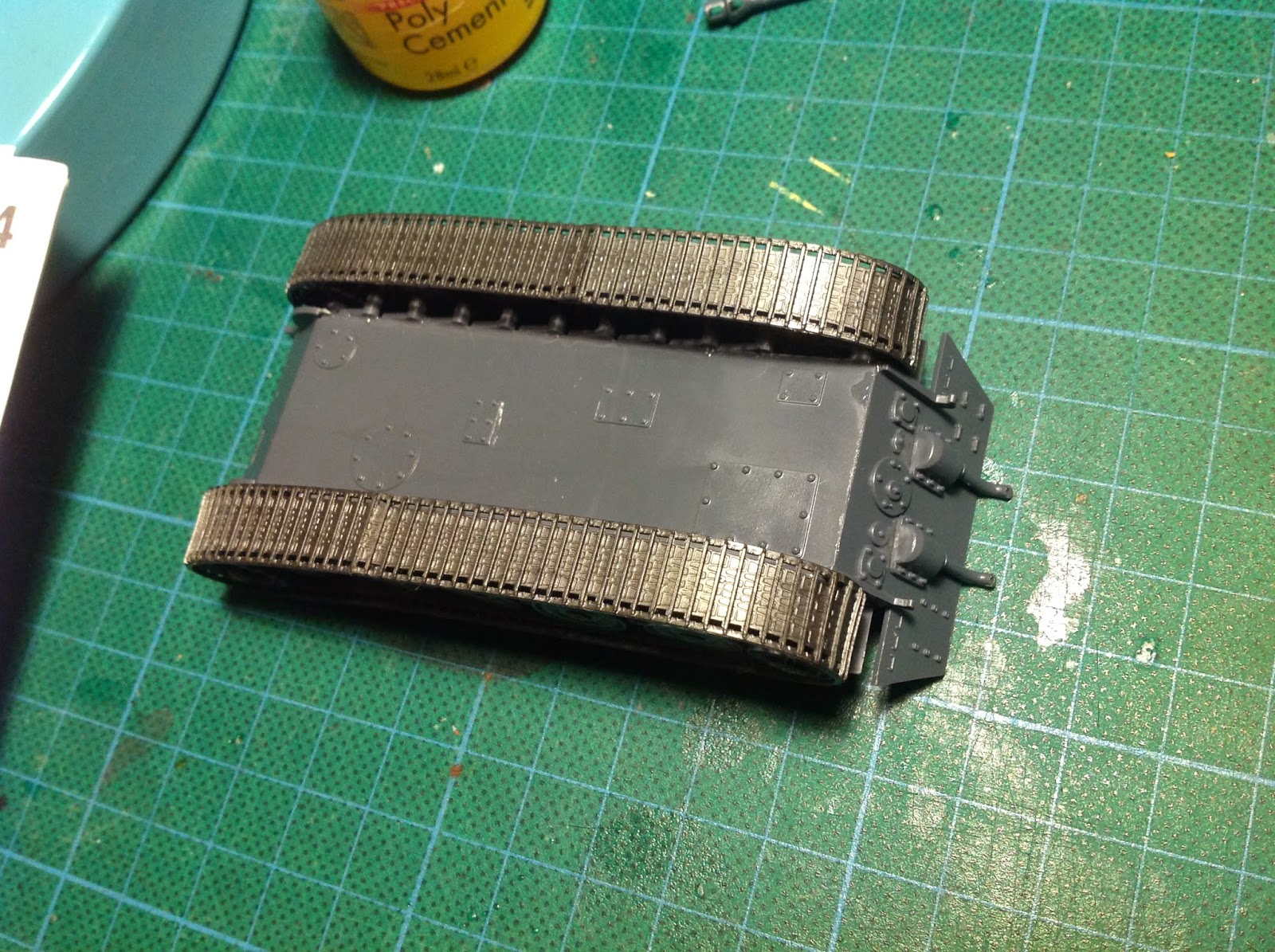 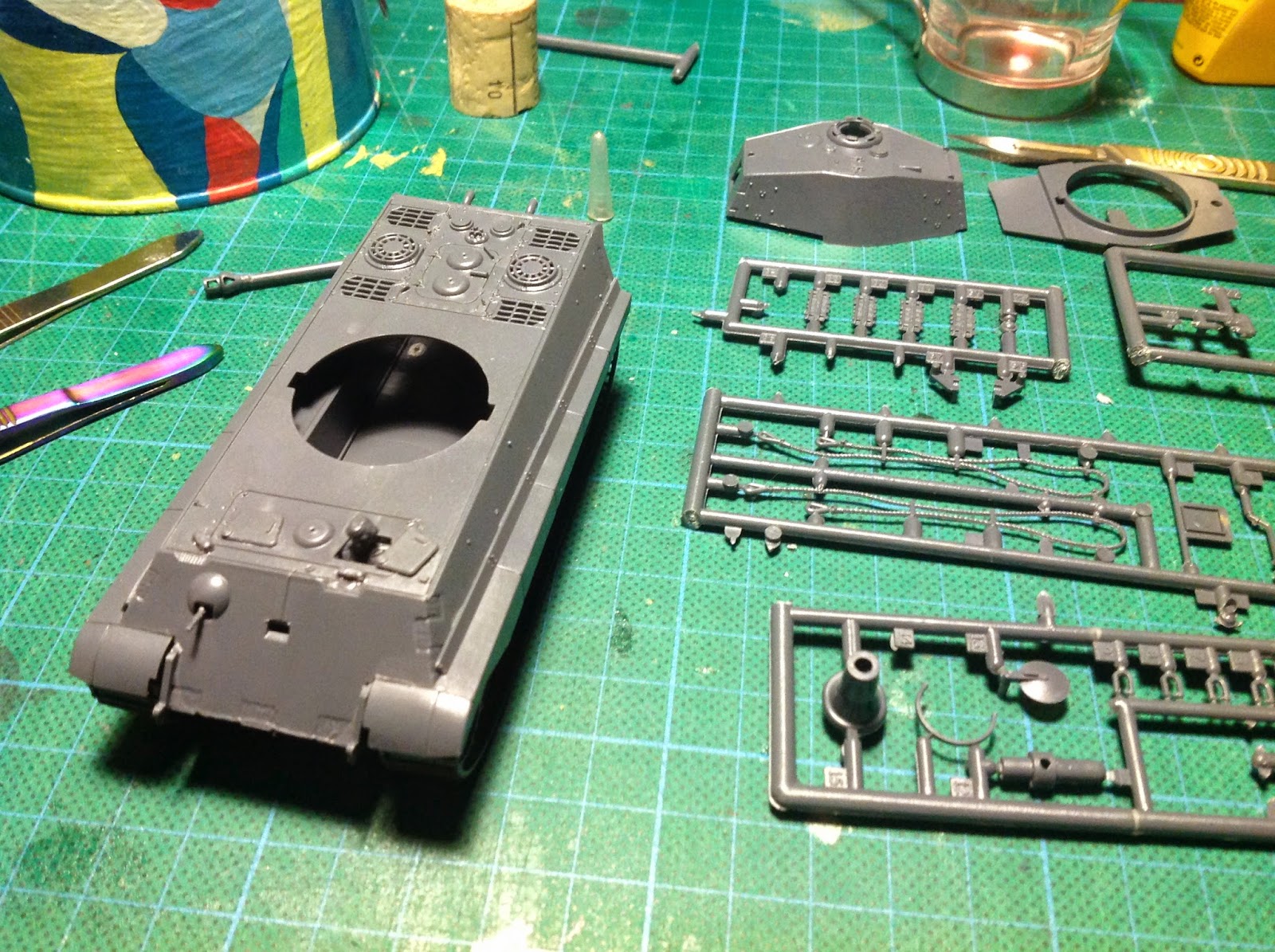 I decided to go with just the driver, and leave the other hatch closed. The machine gun is in position. It can be built in movable mode, but I decided to glue it securely. The MG includes inner hull detail of the stock/handle that won't be seen when built. 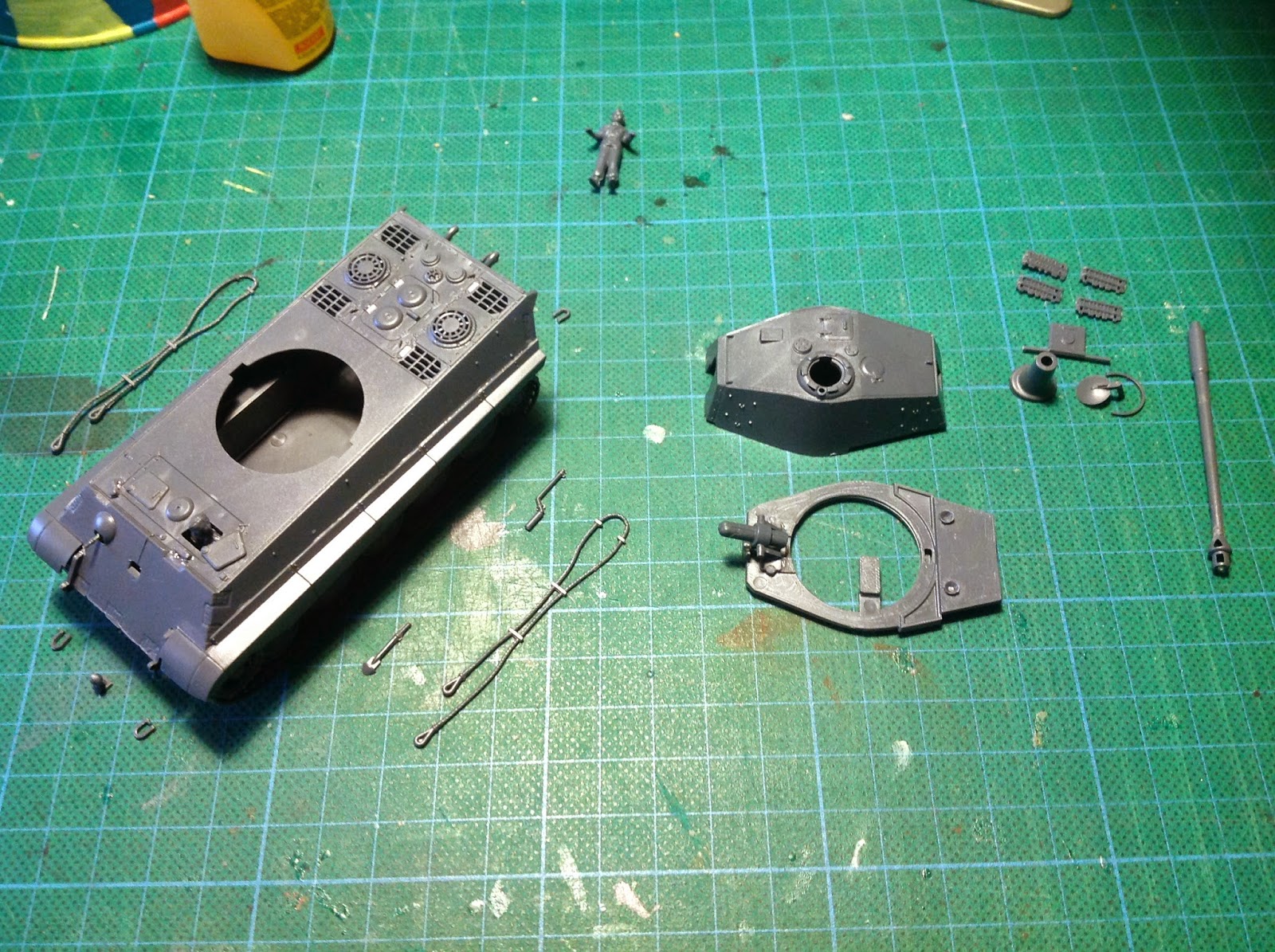 Building the turret. I opted to use the commander figure. I might want to modify his right arm: the left one sits atop the hatch, the right kind of floats above... nowt. 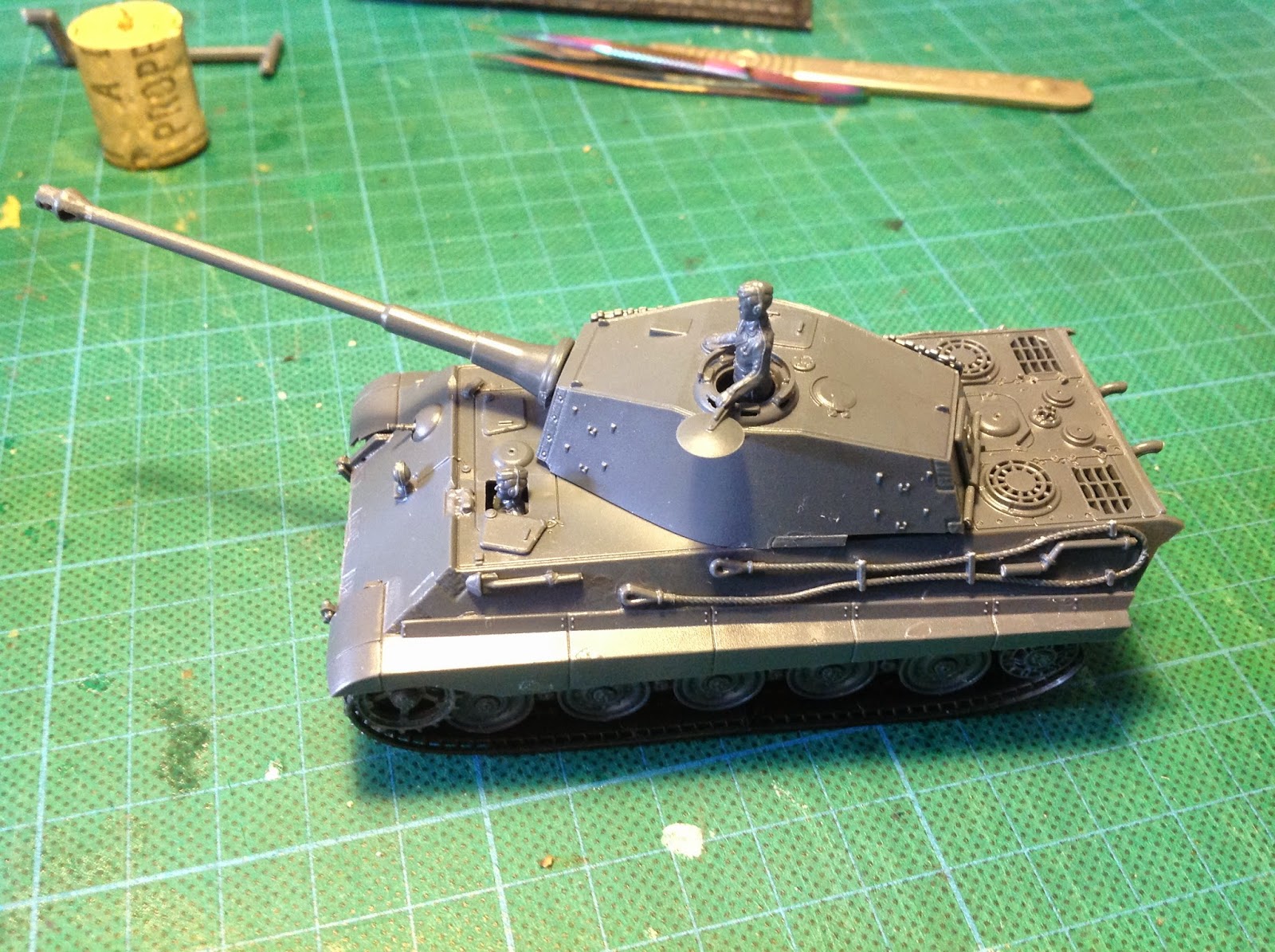 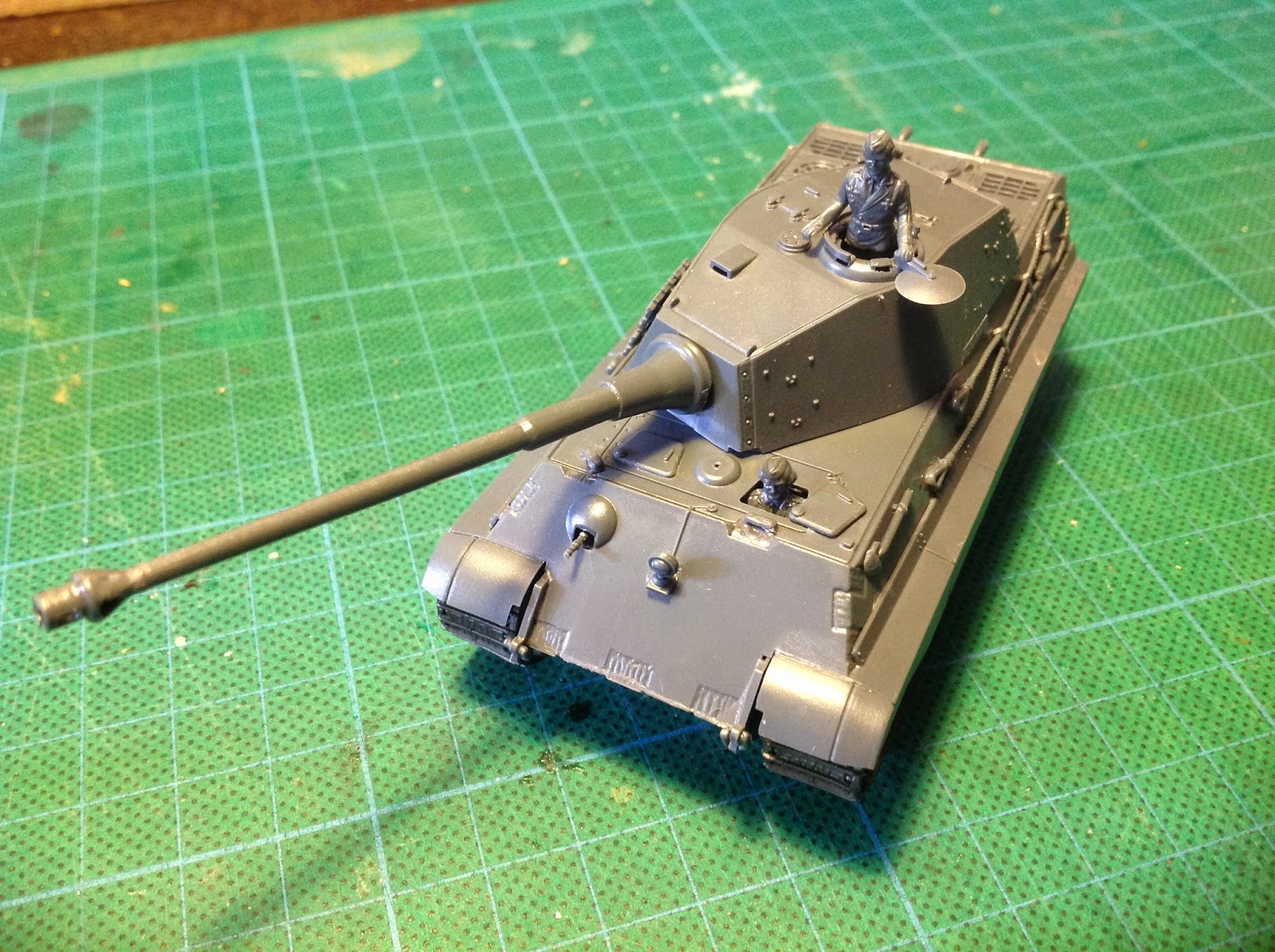 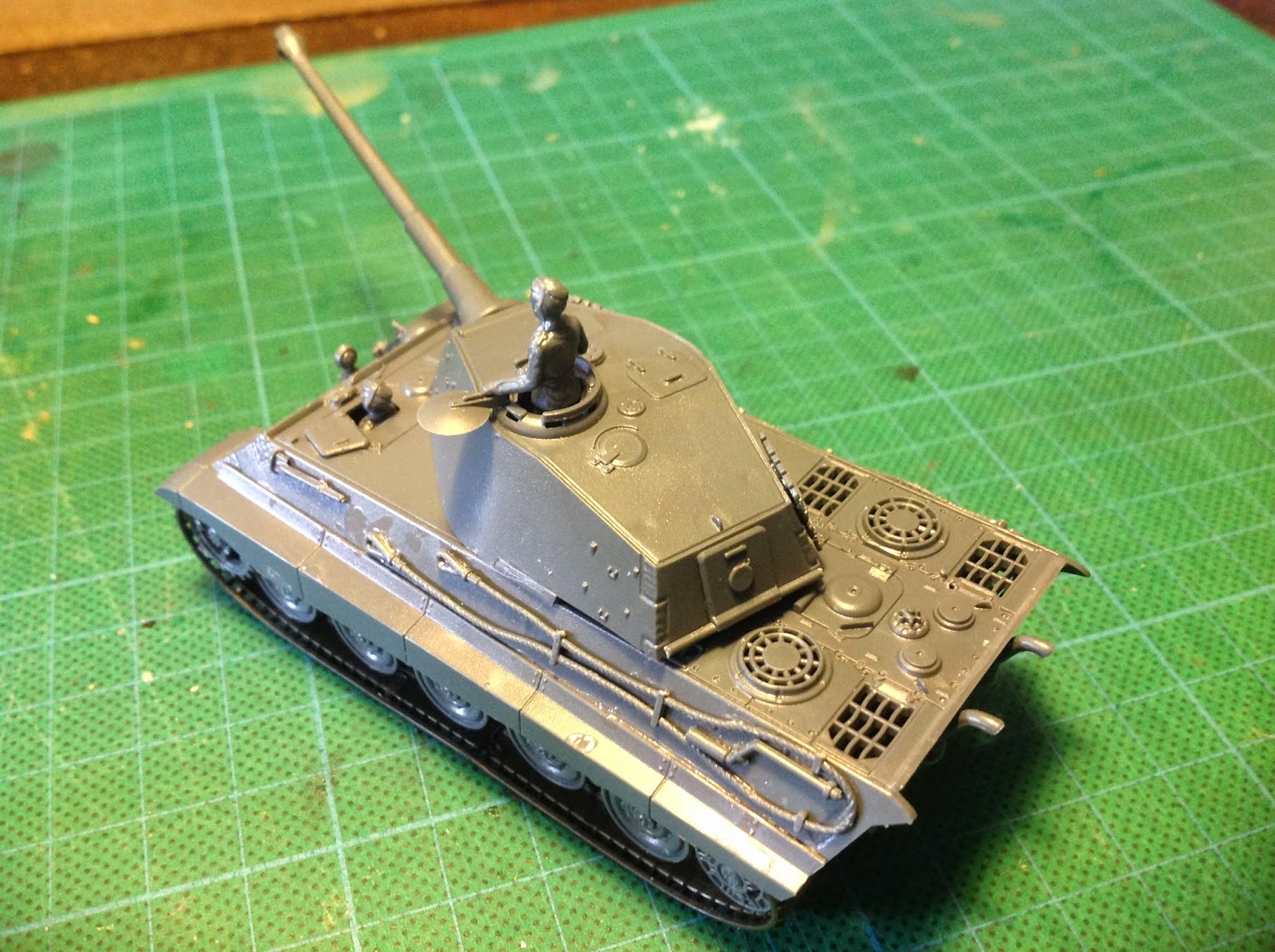 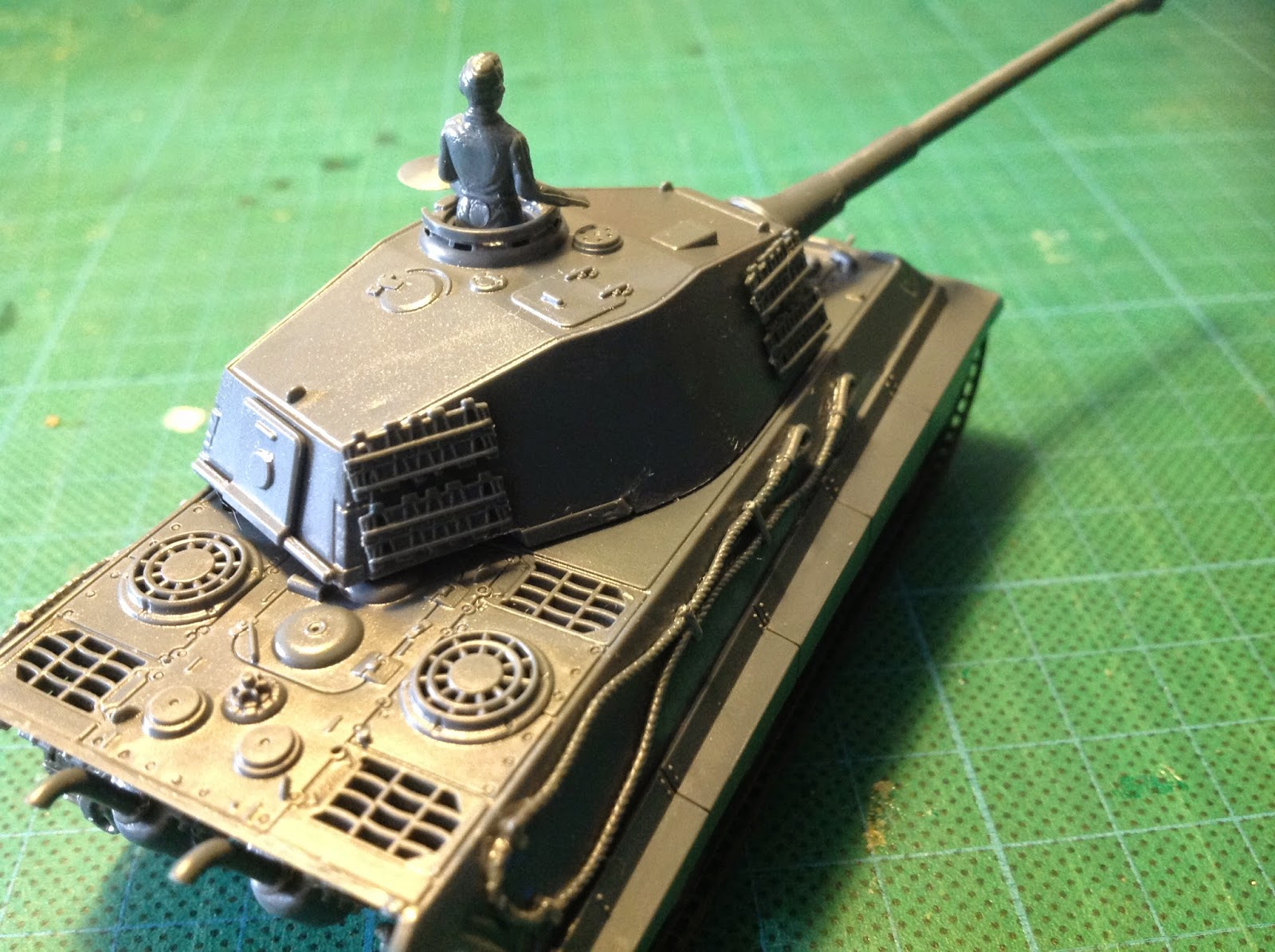 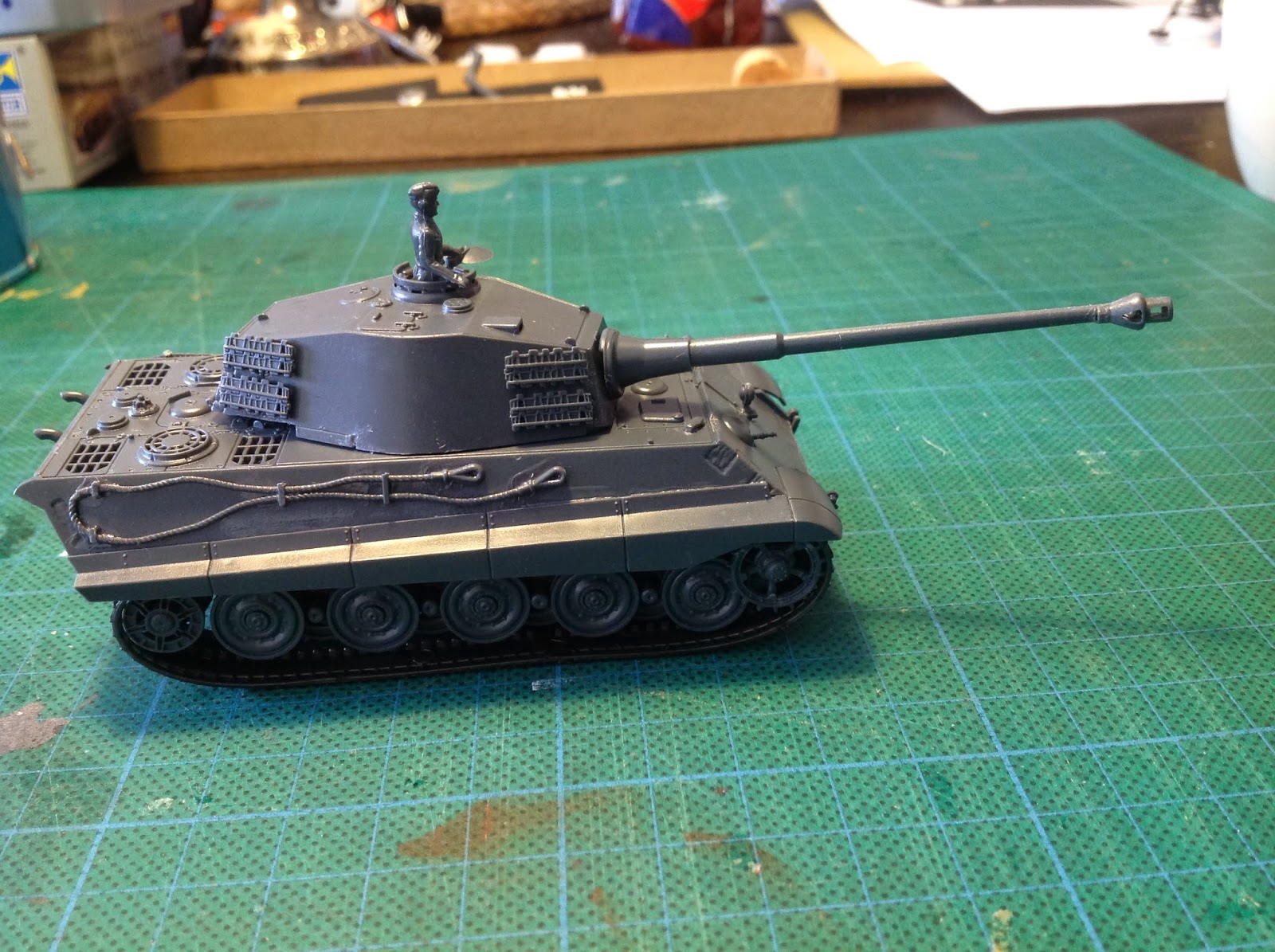 I thought about replacing the rubber-band tracks with the link-and-length ones, as it turns out that with the mudguards in place you can't see the upper part of the tracks, so a gap in them wouldn't really matter. 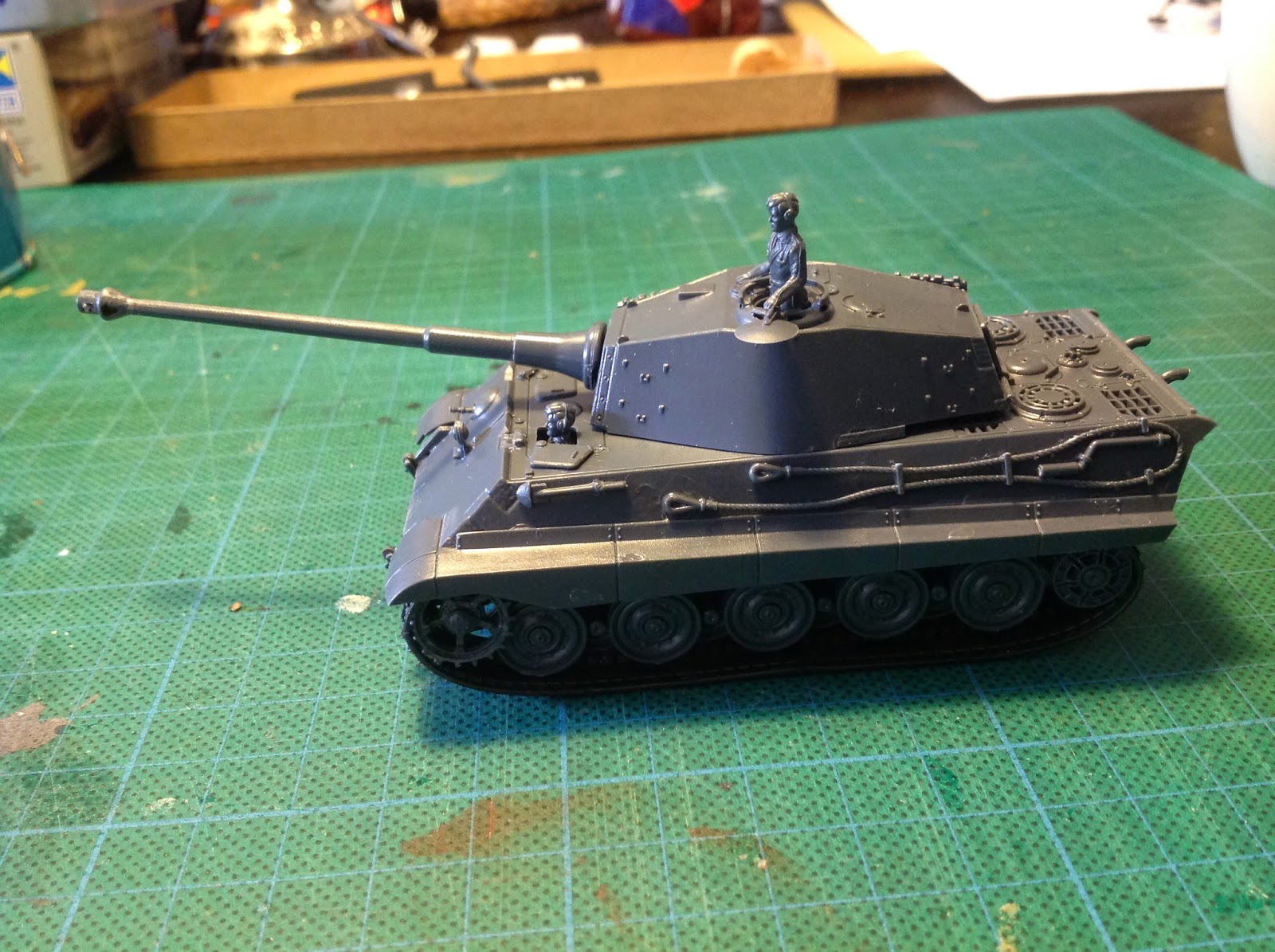 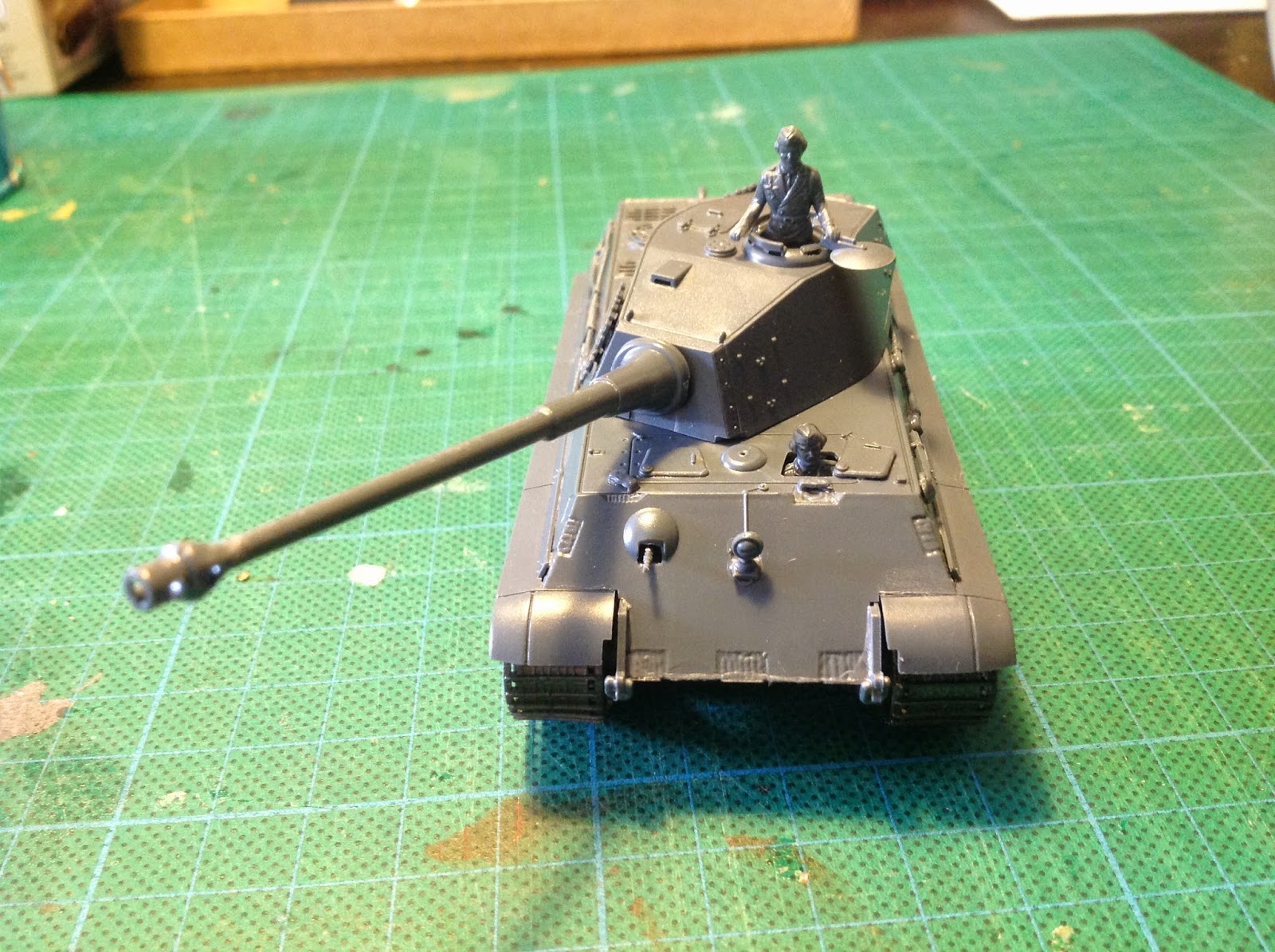 I like the above view: the two figures look good, and the vehicle itself has a commanding presence. 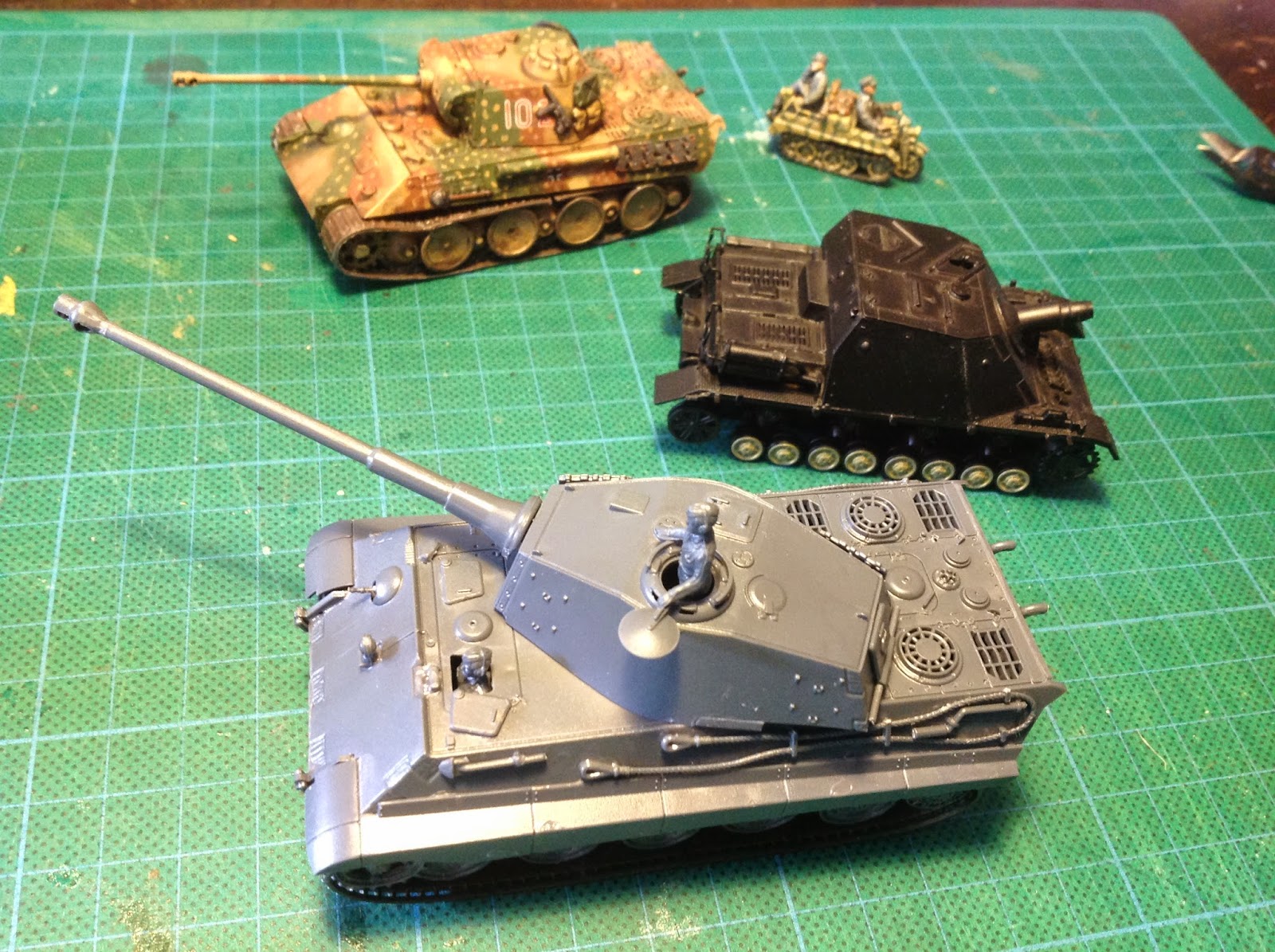 At the top is my first model, the Airfix 1/76 Panther, and another early model, a Kettenkrad from a set of WWII light vehicles by Academy. The unfinished Brummbar and the King Tiger being my most recent builds.

This King Tiger was a fun straightforward build. Admittedly the tracks aren't great. There is also a slight anomaly, in that the figures included are not referred to at all in the instructions. Another notable thing is the difficulty of separating some of the parts, e.g. the tow cables, from the sprues without damaging them.

But, all things considered, this was a simple and fun build, and that's got to be good!

Since first posting this build I did a bit of surgery on the commander's arm, as it was floating in mid-air (see directly below). And then I undercoated in black. So this King Tiger joins the growing ranks o' tanks awaiting the arrival of a decent airbrush. 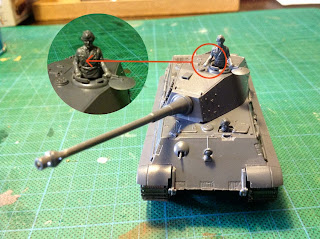 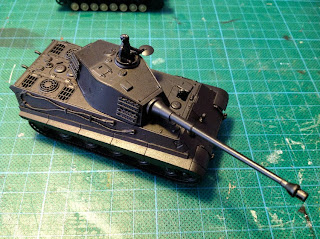 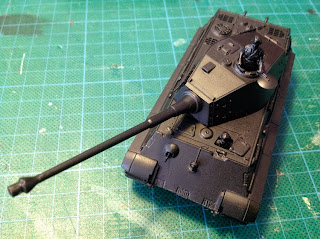