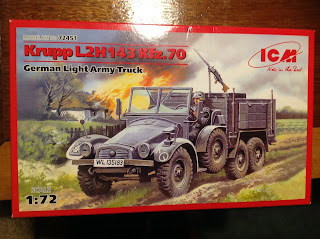 I started this kit ages ago, and stopped pretty quickly, after only gluing the wheels and the rear box together. After finding it again, during a recent clearing up op, I decided to continue the build. 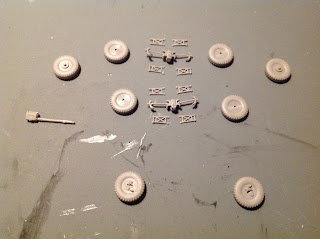 The suspension on the rear wheels is beautiful.


I'm not 100% sure, but this might be my first ICM model? Since getting this I've bought several more, but not made any of them as yet. This one is very finely detailed. In some respects that's great. But in others it's a pain. Some if the parts, e.g. the exhaust pipe, broke in multiple places when I removed them from the sprue. 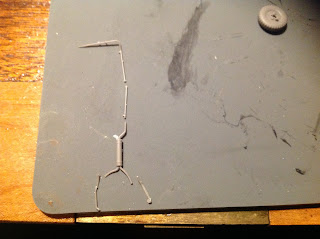 The exhaust broke into five pieces.

Sooo... I've assembled a fair bit of the chassis. Some of which is very, very fiddly. The instructions aren't the clearest on certain points either. So I had to do some googling and look at the real thing, or other model builds, to work out how certain parts fit together. Even with that research, some things remain unclear to me. 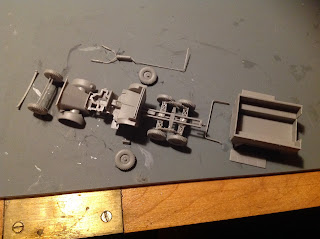 Getting ready for further assemblage.

Definitely my favourite part of the kit so far is the rear part of the chassis, pictured below, with all the rear wheel suspension. This will all be practically invisible once the kit's finished, of course. 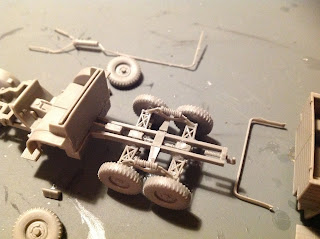 Phwoar! Just Look at that! 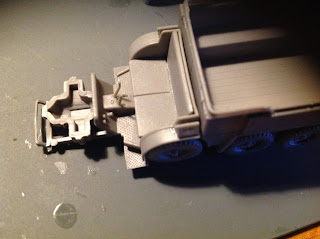 Look carefully and you'll see I drilled a tiny hole for the gearshift stick.


Whilst referring to an online image from what I believe are the instructions for the Tamiya 1/35 Protze, to help me position the levers accurately, I used a micro drill bit to make the 'female' holes to revived the 'males' shafts, and thereby better secure these delicate parts. 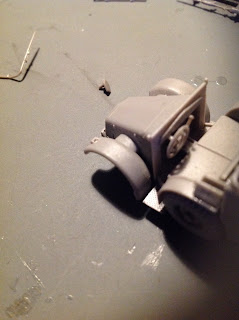 
I did likewise for the Notek light, only this time a much larger hole was required. Once these levers were all in place, I could get the cab in situ. I needed to do that before gluing on the front wheels and axle, because it's not too clear from the instructions how this lot should go together. Having the front wheel arches in place gives me a reference point to work to. 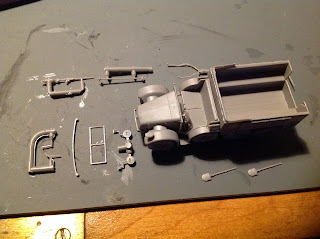 
By this stage the last few piece can be laid out, ready for final assembly. I've decided not to use the MG42 and pillar that are supplied. This might be part of a medical unit. So it's more likely to have a few hand held weapons, and a load of medical kit. 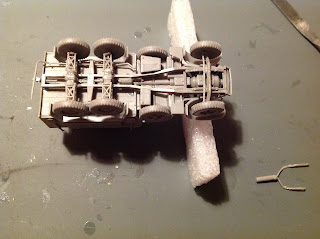 Having glued the exhaust together, now I have to cut it again!


Due to the lack of clarity in the instructions, I didn't put the exhaust pipe in place when the instructions said I should. Instead I waited till the whole underneath was more of less finished. This is what necessitated cutting it, so as to thread it between the base of the rear box, above the running-gear. 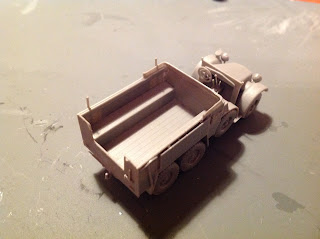 Love the detail in the cab!


With the tools attached, the model us nearing completion. At least in terms of the parts supplied. I may or may not detail this a bit with sundry extras. Not sure yet! 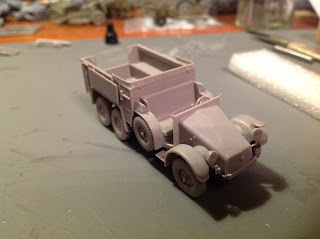 
Personally I love this truck. Like so much German materiél of WWII it just looks so damn cool.In researching it during the build, I discovered there were numerous variants, including a rather funky looking closed cab radio vehicle. I'd like to do a conversion and have one of those! 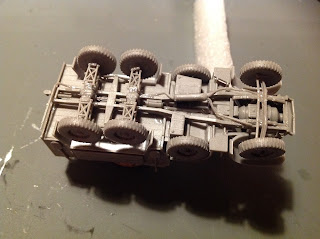 I love the underside. So much detail!


In photos from the war, one often sees these in groups or in convoy. So I definitely want one or two more in the standard vein. I might try one of these 'uns, pictured below. Not made a kit by this company yet. Judging by their name - Wzresien (September) 1939 - and the models they make, they specialise in early war stuff. The original invasion of Poland 'Blitzkreig' stuff. [1] 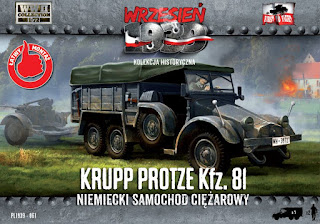 
[1] I've always been struck by how poxy and light all the German armour and vehicles were - still damnably cool - in the first two or three years of the war. In essence much of  their most successful armoured warfare was achieved with some I found their least impressive gear. Funny that!

Below are a few pics of the 'funkwagen' variant. The one being towed is definitely a radio vehicle; that's what the 'roofrack' like part is. The two pics of vehicles on a train look very similar, but lack the rooftop aerials. I'm not aware of there being a kit of this vehicle. So I'm thinking about having a go at doing my own conversion. 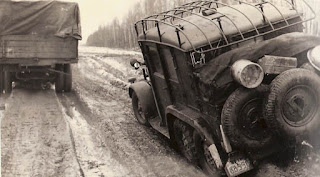 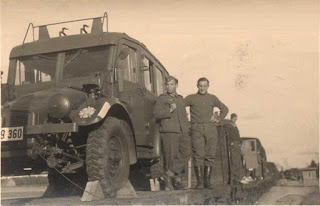