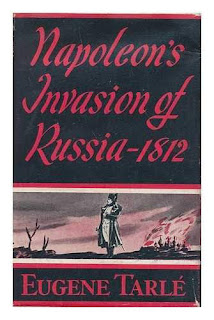 Whilst it's massively frustrating not to be finding time or energy for working on my miniatures, I am at least still reading, and watching films/documentaries, etc. My latest read has been Eugene Tarle's fascinating Russian account of the 1812 campaign. 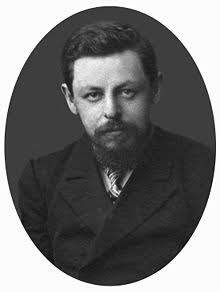 Before reviewing the book I think it's worth taking a moment to consider the author and the context he wrote in. Born Grigori Tarle, into a middle class Jewish family, he changed his name to Yevgeny and converted to the Orthodox Christian faith. As a young man, as well as pursuing his academic-historical interests, he got involved in radical left politics, in essence becoming a Marxist.

By the time of WWI and the Russian revolution his politics had seen him in trouble with the Tsarist authorities several times, but he'd nonetheless attained several positions at Russian universities, including that of St. Petersburg. This latter was to be the hub of his activities as an academic and writer for most of the rest of his life. But the turbulent political waters of Russia would see him exiled for four years, and criticised both abroad and at home as a historian. 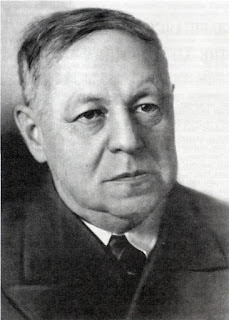 At home he was usually deemed to liberal and cosmopolitan, by the State and its flunkeys, and abroad he was considered too much under the thumb of the latter, and therefore seen as overdoing the whole Marxist and/or Soviet (i.e. later on Stalinist) class struggle bit. Poor guy! Talk about caught between a rock and a hard place! At the time of posting this article and review, the only Amazon UK reviews of Tarle's book I could find describe it either as 'a propagandistic view of Stalin's era', or interesting in relation to WWII.

I think this is sad and very unfair. Tarle's account of the 1812 campaign is in fact excellent. It is true that he has modified his own position somewhat to come into line with the orthodoxy of his time and location, which is a shame, and is why I've docked half a bicorne. But considering the potential lethality of the political era in which he lived and worked, it's actually a remarkably independent piece of scholarly work, and far, far, far better than, for example, Hilaire Belloc's account of the campaign, the latter being published in England in 1922. 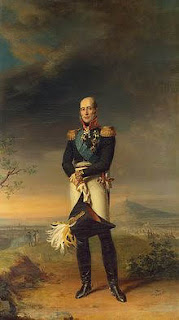 The small hardback edition of Tarle's book that I bought and read - as pictured at the top of this post - was published in 1942, during WWII, in America and England. The first Russian edition had been published before the outbreak of war, in 1938. In 1936 Tarle had published a book on Napoleon and the entire Napoleonic period, in which he took a markedly different line on a number of aspects of the 1812 campaign. But with Germany clearly gearing up for war, and Stalin's dictatorship growing ever more paranoid and volatile, these changes, whilst lamentable, are at least understandable.

Nowadays it's gradually becoming easier to find Russian accounts translated into English, as indeed it is to find accounts from all, or at least more, of the participants in any given campaign, such as Andrew Field's excellent work on French sources for the Waterloo campaign, or, returning to Russia, Alexander Mikaribdze's excellent Russian Eyewitness Accounts series. It's interesting for Western European readers like myself to hear, amongst the more normal official military and academic Russian sources, Marx and Engels quoted on the topic of 1812! [1] 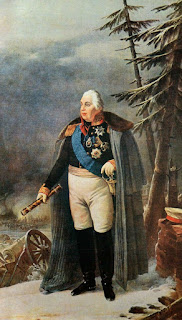 The translation of Tarle's book into English is good, the author's writing style coming across as easy readable prose, neither pompously verbose and academic, nor too simplistic. Structurally Tarle favours few and huge chapters, whereas I prefer to read many and shorter chapters, due to my habit of preferring to take my reading breaks at the end of rather than in the middle of a chapter.

Thanks to the predominantly Russian sources, and the resolutely Russian perspective, and also even in part the times and conditions under which this book was written, this is Ann interesting and unusual entry in the Russia 1812 canon. Certainly worth having in your 1812 library, and a fascinating and enjoyable read. Yes, it bears the politico-historical imprint of it's times and conditions, but so does all historical writing, albeit with varying degrees of independence and transparency. 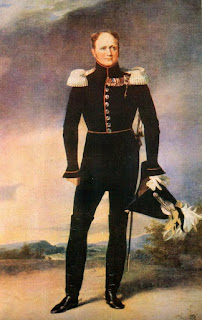 Coverage of the action, or inaction, on the northern (Prussian) and Southern (Austrian) flanks is adequate if minimal, as with most traditional Western European histories of the campaign. The bulk of the account traces the central thrust by Napoleon's main forces, or rather how this was responded to by the central Russian forces, with plenty on the leadership issues that plagued the Russian campaign. And the Russian course was very much one of response, rather than initiative.

The Tsar, whilst lauded for his resolute stance, is criticised for interfering and destabilising at the outset. Everyone under him, including his sister and closest advisors wished him to preside from St. Petersburg; his presence with the army being viewed as almost entirely detrimental. Hard for an absolute ruler like a Tsar to swallow, especially in the face of Napoleon, who combined head of state with head of the army so well.

Then there are the issues of rivalry between Barclay de Tolly and Bagration, and later the latter and Kutuzov. In essence it appears that whoever it devolved upon to actually lead the Russians would ultimately concede that the best path was to do as Barclay and Kutuzov did, and conserve the Russian Army by evading Napoleon as far as possible, and instead shadowing him first into and then out of Russia, letting the logistical difficulties and a certain amount of harrying wear the French and their allies down.

Those around and under whoever had ultimate command would forever bang on about taking the offensive, Bagration in particular, but when their bluff was called, as when Kutuzov temporarily gave Bennigsen command, the latter quickly fell into line and adopted the evade and survive strategy. And in the end even this cautious conservative approach saw the Russians, like the French and their allies, suffering terrible losses, mainly due to cold, inadequate (and in the Russian case endemically corrupt)  logistical arrangements, and disease.

Still, all things considered (by which I primarily refer to the politicised context of this account), an excellent and highly enjoyable Russian history of the momentous 1812 campaign.

[1] And, rather unexpectedly, the source for most of these quotes are entries Engels wrote for the New American Cyclopedia, of 1856!