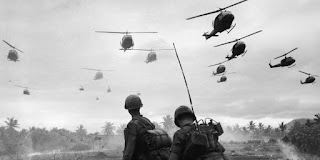 Ken Burns' The Civil War is rightly regarded as a classic, and - in America at least - is revered not just in itself, but for the way it helped reawaken an interest in that bloody cataclysm of the mid-nineteenth century. That series was about five years in the making. 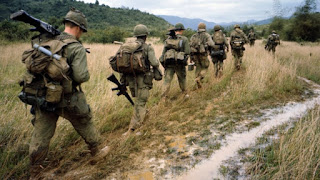 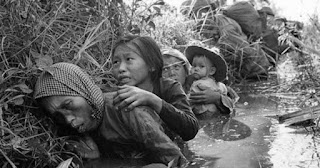 Local peasants hiding in a ditch (soldiers in the background).

The Vietnam War took twice as long to produce. Why was this? Well, I reckon the proximity to the present has to be a major contributor; the Vietnam war took place only 50 odd years ago, as opposed to Civil War, which was more like 150 years ago. And consequently, with many of those involved or affected still alive, it's still very much a live issue, touching many a raw nerve.

I watched the series as it got its UK premiere on BBC4, as a series of double-bill instalments. And I was glued to the TV each Monday evening whilst it ran. Rather intriguingly, LBJ - Lyndon Baines Johnson - who became president when Kennedy was assassinated, and was responsible for the major escalation of the war in Vietnam, was also the chief architect of the 'Great Society', a vision which included the creation in America of National TV institutions akin to our BBC, namely PBS and NPR (Public Broadcasting Service and National Public Radio). 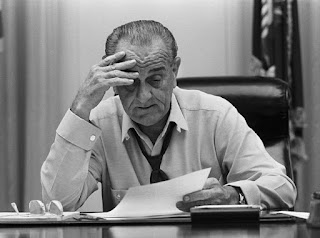 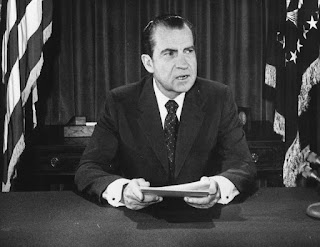 And Ken Burns appears to be the American heir to David Attenborough, in relation to Attenborough's influence as head of BBC2, when he commissioned such landmark documentary series as Civilisation. These serious minded 'sledgehammers', as they came to be known, epic documentary series that really took their time to examine a subject, were subsequently taken up even by commercial channels (e.g. ITV's superb World At War), and now, with Burns, have crossed the pond. Interestingly, Ken Burns has even been described using the very same compliment/epithet that's so often been bestowed on Attenborough, a 'national treasure'! 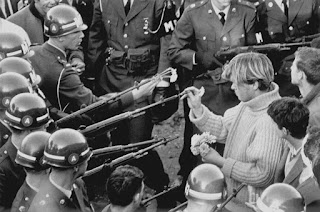 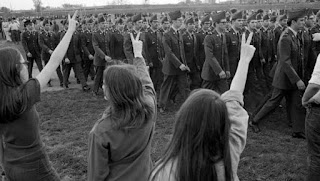 Listed below are the episode titles and brief synopses, which I've taken from the Wikipedia entry on the series:

1. Déjà Vu (1858 – 1961) - After a century of French occupation, Vietnam emerges independent but divided into North and South.

3. The River Styx (January '64 – December '65) - With South Vietnam near collapse, President Johnson begins bombing the North and sends US troops to the South.

4. Resolve (January '66 – June '67) - US soldiers discover Vietnam is unlike their fathers’ war, while the antiwar movement grows. 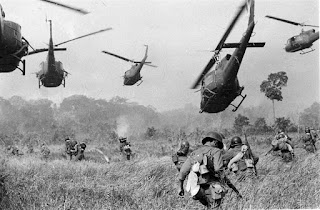 Vietnam was very much a helicopter war, for America. 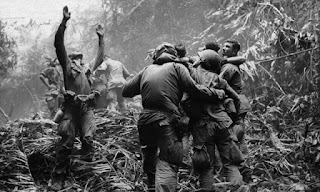 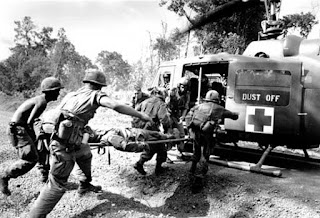 Casualties were taken from battlefield to hospital in as little as 15 minutes.

5. This Is What We Do (July '67 – December '67 - Johnson escalates the war while promising the American public that victory is in sight.

8. The History of the World (April '69 – May 1970) - Nixon withdraws US troops but when he sends forces into Cambodia the antiwar movement reignites.

9. A Disrespectful Loyalty (May '70 – March '73) - South Vietnam fights on its own as Nixon and Kissinger find a way out for America. American POWs return.

10. The Weight of Memory (March '73 – Onward) - Saigon falls and the war ends. Americans and Vietnamese from all sides search for reconciliation. 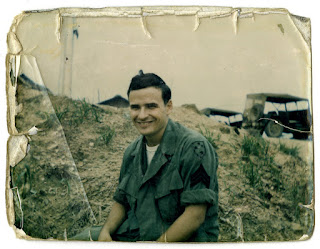 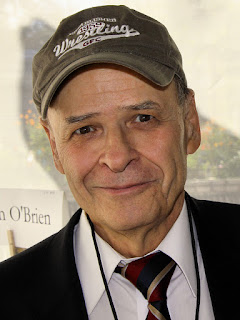 The series uses a mixture of documentary footage from the times and interviews with participants from all sides and levels, plaiting together the various threads concerning the roots of the war, and the experience of it in Northern and Southern Vietnam and back in the U.S. Starting out with the story of France's decline as an imperial power, and their eventual loss of Vietnam, which split itself in half in the process of shaking off colonial rule.

In all just shy of 80 people are represented, in talking heads style interviews, ranging from civilians to soldiers, and insurgents to the political or military bigwigs. Some of the soldiers of both sides are remarkably eloquent. And some of them just have a certain charisma; in an interview for Vanity Fair Burns said “I have this recurring thought that, if some evil genie took away all our interviews but one, the one we would keep would be John Musgrave, and we’d make a different film and call it The Education of John Musgrave”. 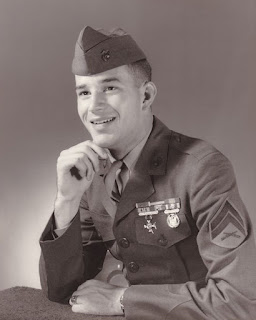 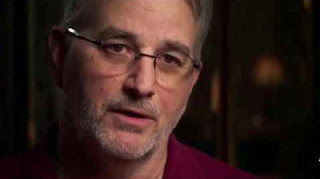 There are many great characters making many pithy observations in this excellent series. But somehow Musgrave stands out, with his quiet delivery, and the control of his clearly very deep feelings. Another character who exerts an uncommon power, and as a casualty of the war, a power from 'beyond the grave', is Denton 'Mogie' Crocker, who we follow by proxy, through pictures, his letters, and interviews with his family.

But it's not all just about the Yanks. We hear from the Vietnamese of both North and South, and those who were caught between the two. The Vietnamese character who sticks in my memory most, stood out from the many others by dint of not having Nguyen (pronounced 'Win'!) appear anywhere in his name, oh... and his shock of white hair! He was author and former North Vietnamese soldier Bảo Ninh. But in fact there are many interesting testimonies, both from ARVN and other South Vietnamese sources, and those who sided with the Communist North. 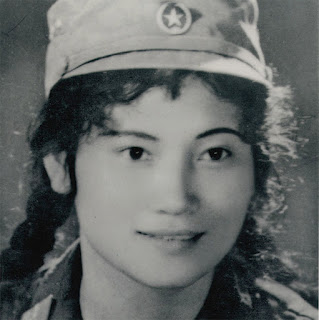 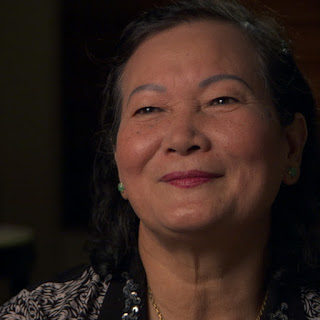 The ten episode series clocks in, Stateside, at just short of 18 hours long. The version aired on the BBC is shorter. Much shorter; at just ten hours, I'd call that too much shorter. When you're dealing with true quality, as with Burns you usually are, I always prefer to get more, not less. It seems to me the BBC is losing its way. It used to be more typical to hear of things working the other way round: we'd make a film, and then when the Americans got hold of it they would trim off what they considered to be the fat. 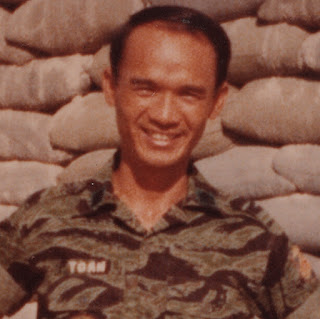 Tran Ngoc Toan served with the ... 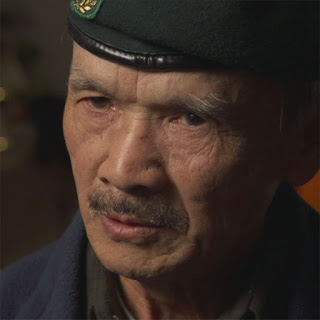 According to the Wikipedia entry on the series, 'there are scenes covering 25 battles, ten of which are detailed scenes documenting and describing the action from multiple perspectives'. An excellent NYTimes online article (find it here) breaks down one particular battle sequence from the series, Binh Gia, which falls into the 'multiple perspectives' category, in detail. Going through this helps one realise why it took Burns, Novick and co. a decade to make this series, and drives home what an achievement it is. 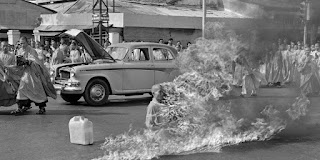 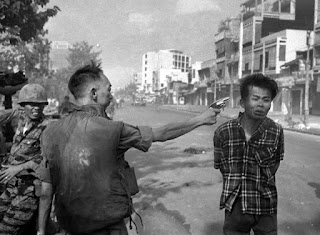 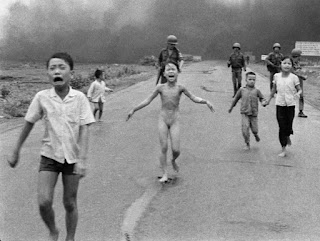 One of the most recognisable images of war... ever. [3]

After watching the series twice, once on TV, and then again on the BBC iPlayer, I started to Google it, to see what kind of response it was garnering. It was both very sad and yawn inducingly predictable to find elements of the U.S. right frothing at the mouth over it, seeing it as a liberal attack on American patriotism.

Burns himself says that his role as a filmmaker isn't contributing to the defence of the nation per se, but to the quality of a culture that makes the nation worth defending. Touché! Merrill McPeak, a high ranking USAF figure, who took part in the war and this series, is one of those particularly eloquent servicemen, and he's clearly sympathetic to Burns' desire that the series might have a healing, reconciling effect, but concludes, in an interview elsewhere '[It's] Not going to happen.' 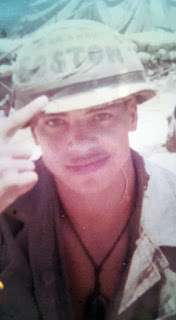 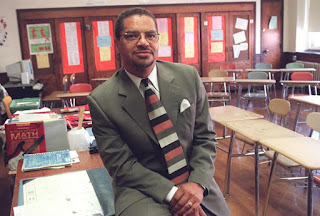 In an interview with Gabrielle Gurley, for The American Prospect, Burns also says that in making The Vietnam War 'we didn’t have to say these people are right; these people are wrong. We just said, listen to all of this ... We have no political axe to grind. If you look at the underwriting credits, I went out and got funders from across the political spectrum.'

I originally gave this four and a half balkenkreuz. I mean, it's very good. But it's not perfect. Then again, in the real world, what is? Precious little. After seeing the series two, and now getting on for three times, however, I want to give it five. I think the massively cut UK version merits just four stars; not for the quality of what's on screen, but for the vast amount of what's lost. The American full fat version, I'd definitely give five stars. 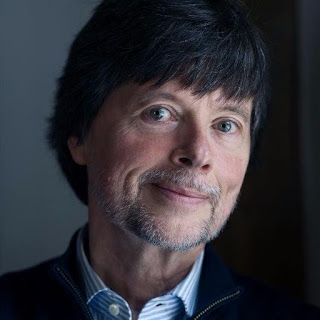 Burns himself became eligible for the draft in 1972 (the year I was born, as it happens!). Aged 11 when the U.S. involvement in the war started, and faced with being forced to take part in it when he didn't believe in it ideologically, thus has extra personal resonance. A quite long article online, from The Washington Post (here) goes into some detail about these issues, and Lyn Novick's role in the production, and is interesting reading.

[2] This is another of those iconic images thrown up by this terrible conflict. Read more about it here.

[3] Phan Thi Kim Phuc is the naked young girl at the centre of the picture, taken by photograher Nick Ut. If you read about her you'll discover that she's now living in Canada - also, interestingly, the country Americans could go to in order to avoid the 'Nam draft - and is still undergoing surgery as a consequence of the napalm attack in 1972, 45 years ago.