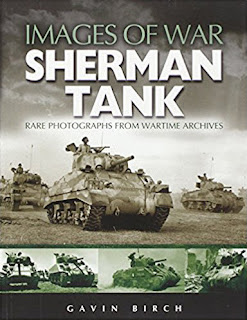 Culled from the Imperial War Museum's extensive archives, collected during the war by the AFPU (Armed Forces Photographic Unit), what we have here is a black and white only pictorial record of Sherman tanks during WWII. The Germans and Americans often managed colour photography. But for us Brits, colour was on hold 'for the duration'. 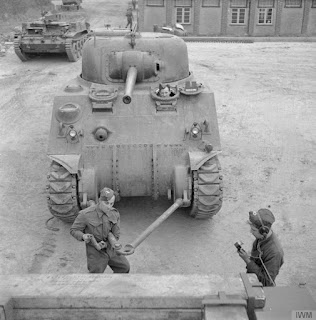 A lot of the pics in this book are akin to this: a Sherman in British service. [1]* 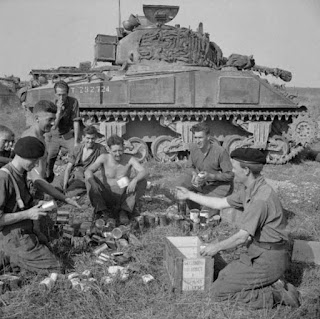 I bought this book to help me detail a small collection of 1/72 Sherman models I recently acquired. I have to admit, I was somewhat disappointed to find that the pics in this book are predominantly of Shermans in British/Commonwealth service, with only a brief chunk given over to Shermans in American service, as I'm intending my models to be U.S. versions. 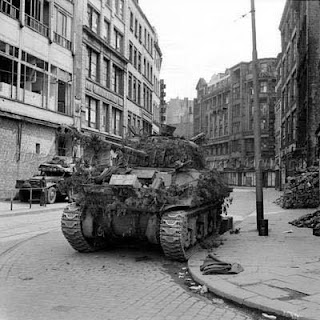 'Somewhere in Germany', a Firefly camouflaged for the country... in the city.*

Another disappointment is the very limited nature of the sourcing of images. A trawl around the web is much better for diversity. And this book has very little on the 'funnies', or on captured Shermans, lend-lease tanks, of the use of the Sherman outside of WWII.

Despite these issues, the book remains an excellent and useful pictorial resource. All the pictures are captioned, and there's a text that gives light/brief coverage of the history of these tanks and the theatres/operations they took part in. However, the text is really quite poor in some respects. I've noticed this with some other Pen & Sword titles; clumsy prose littered with errors, and the general air of a distinct lack of editorial finesse. 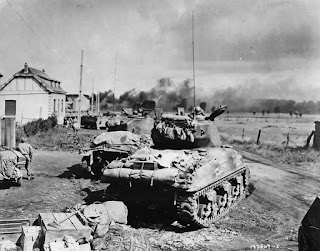 One of my favourite U.S. Shermans in action pics not featured in this book. 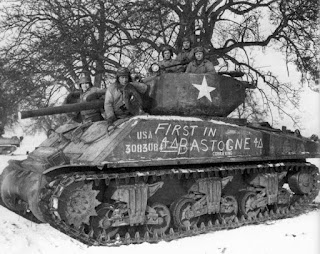 This was the sort of thing I was after: Shermans in U.S. service in Europe, WWII

The pictures included herein cover North Africa, Europe, and the Far East. Some of Hobart's Funnies are covered, but mostly it's your ordinary tanks, as opposed to the many variants. I paid £5 each for two 'Images of War' titles. And at that price, I'm happy.

The text only merits two stars, whilst the pics warrant five. In the end I've opted for three and a half balkenkreuz, which seems apt/fair to me, as - despite the issues with the text - I do like the book overall, and it is a handy reference resource. 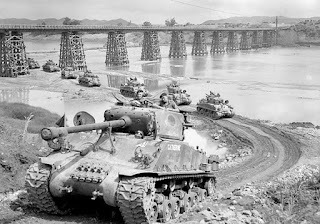 * Images that appear in both this review and the book under review are marked with an asterisk.

[1] Tow-bars being fitted to a British Sherman about to be towed by a Grant ARV. 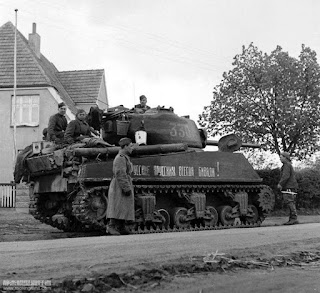 It's a pity there's nothing on Sherman's in Russian service, or when captured by the Germans or their allies. Of course there's plenty of stuff to be found on the web, as the pics above and below illustrate. 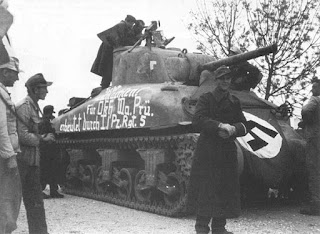